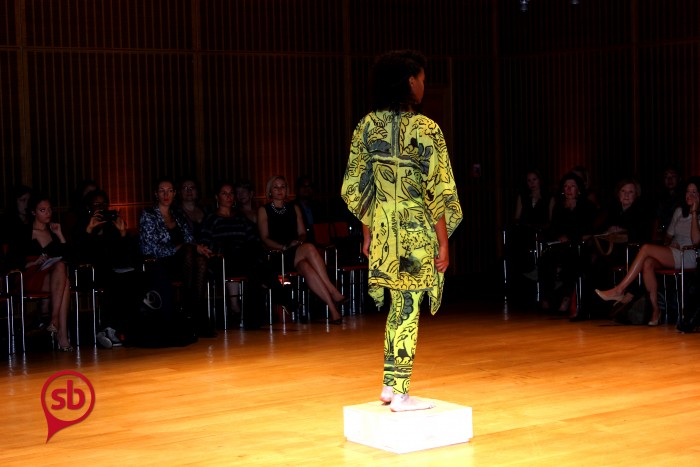 The Carla Fernandez fashion show during BFW was more than just a runway, it was an art exhibit. The Isabella Stewart Gardner Museum created an enchanting backdrop with its multicultural architectural design and indoor garden perfect for Fernandez’s ethnic collection.

The audience was situated around a square shaped room with massive overhead space that faded to black by the top floor. Positioned in the middle of the space was a small ceramic pedestal that was crafted by her husband which the models slowly walked out to one at a time. With their motions reminiscent of a robotic marching army, each model circled the outside perimeter making their way to the pedestal. There they stood and did another rotation, moving as if they were being digitally controlled. This pace actually gave you the chance to fully appreciate the garments. So many fashion shows are over in a blink of an eye, not having enough time to fully absorb each look. Fernandez gave the audience the time to observe all of her fine detailing and intricacies.

If I had to hone in on a style, I would knight the collection streamlined tribal. Simple shapes created amazing drapery around the models with ornate patterns and colorful materials. The barefoot models with their white painted feet were an interesting touch, blending nicely with the aesthetic of the collection. It also made for a silent runway which was nice for a change – there wasn’t that distracting sound of clunking heels. The style was on trend, but so classic at the same time. Creating a balance of timeless and contemporary is difficult to achieve, and I think Carla’s inspirations helped her accomplish that harmony.

After the show Carla spoke about how she works with artisans from different regions in Mexico every season. The indigenous craftsmanship was apparent in her designs. Her geometric silhouettes and patterns, made up of squares, rings true to traditional Mexican style.  After learning this, the showcase formation of a square made even more sense. Everything from the motions of the models, to the music, to the atmosphere tied in together with the clothing. This designer represents how fashion is more than just a functional part of our lives, it is an art form. I can’t wait to see what she does next. 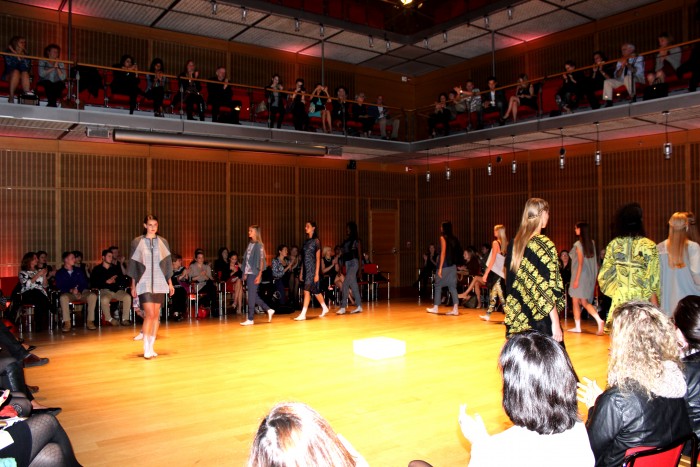