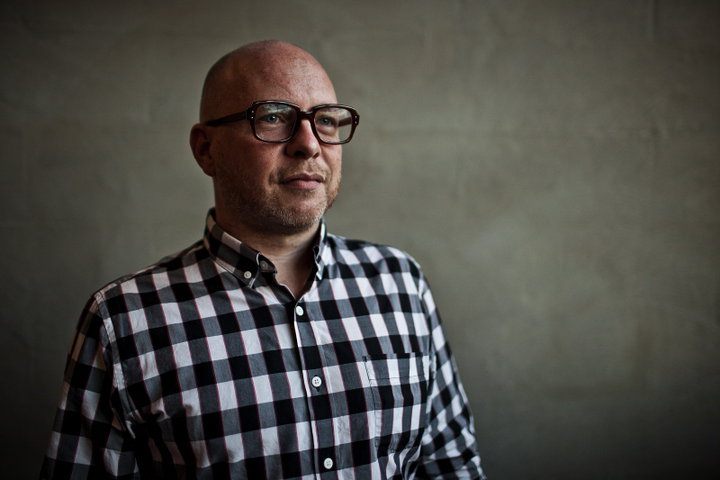 Heather White: What’d you want to be when you grew up?

Barney Waters: Originally, as a kid I wanted to be a long distance truck driver.  In England we had these chocolate bars called ‘Yorkie’ and their ads had a guy driving a big truck with ‘Yorkie’ on the side.  I think I got it from there.  Recently I found an essay I wrote when I was 12 called “When I’m 30’.  It turns out that I have fallen way short of my childhood dream of becoming a pro BMX rider.  But I did foresee living in America.

What were you experiences in Boston like? Favorite spots in the city?

I was VP of Marketing for Puma for 7 years, and lived in Boston for 13 years.  I bleed kelly green.  I lived in the South End for a big part of it and I’d play pick up basketball on the half court on Hanson Street and then go the Franklin Café.  Sunday breakfast was Julians Daily Fix at Geoffrey’s, which has long since moved.  That was my drill.  I always liked the reflected image of the church in Copley Square in the glass windows of the Hancock Building, as it was the old reflected in the new, which is the definition of Boston really.

What do you believe in?

I am a very glass-half-full person, so I believe in things easily.  With a good story well told you could probably sell me anything.  Ultimately I believe in the strength of family and the importance of those relationships as anchors in my life.  I also believe in ghosts and can’t get enough of Ghost Adventures on the Travel Channel.

Can you tell us about the ideology behind the “Fisticuffs” boot?

The concept came from Bodega.  My strategy was to give them a white sheet of paper.  That’s how the Celtics were successful.  The skill of the team was knowing  ‘Just get the ball to Larry’.  Once I gave the ball to Bodega they came up with Fisticuffs, based on the toughness associated with boots.  The herringbone pattern gave the boot a gentlemanly feel, and Fisticuffs was a Victorian era word for a punch up!

Who does Palladium design for?

What we’re really doing is modern color and material spins on a 1940’s heritage product, so we’re not really designing ground up styles at this point.  These days I think a lot of the fences between traditional demographics have come down, and so your appeal has to be broad.   Something that a 20 year old student wears in Boston, might also be worn by a 35 year old in London or a 40 year old in Tokyo or a 16 year old in LA.  I think the person who likes Palladium, regardless of demo, appreciates the authenticity of an original heritage brand, likes the unique look of our boots and loves our price point. 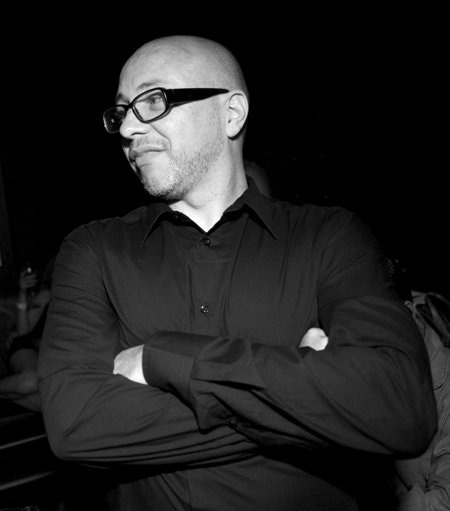 How would you say Palladium’s aesthetic has evolved since 1920?

The basis of the product hasn’t changed at all since the French Foreign Legion wore it in 1947.  It’s worked for over 60 years so we don’t need to change the design, it’s timeless.  What we’ve done is updated the materials and improved the comfort.  We’ve also created a fresh look for our brand communication around the concept of urban exploring.  As much as people appreciate heritage and authenticity, I didn’t want to present the brand as a dusty museum piece.

How did the collaboration with Bodega get started?

For me, when Bodega opened, it was the most innovative retail concept I had seen, and I still don’t think anyone has outdone them.  More importantly they buy and merchandise really well.  They picked up the Palladium line early on, so they know potential when they see it.  So I’ve always wanted to work with them, and I have a real loyalty to Boston, having lived there for so long.  Then we were working on the winter season and who better than Bostonians to know how to make a boot for winter?

What are you listening to these days?

Die Antwoord is probably the one thing that’s really caught my attention recently.

See some of the world.  I think when you travel, especially if you throw yourself out of your comfort zone and into a new situation, you really learn a lot about yourself.  You don’t realize how influenced you are by everyone around you until they’re not there anymore.

Can you teach our readers something? Any tricks, tips, hints?

If you like riding bikes then go early on a Sunday to the financial district and ride around.  The streets are empty and you have the place to yourself.