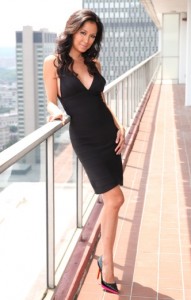 A regular on the invite lists of fashion events in Boston, New York, Miami and, well, any place that sells Lanvin and accepts American Express, Tonya Mezrich has become a prominent voice on the fashion scene. She also loves to knit, bake and sew and has gained a reputation in certain Boston quarters as the “Asian Martha Stewart.” She’s not a 1950’s housewife, but don’t let her taste your seven-layer bar recipe – because Tonya will be at home that night reverse-engineering your grandma’s “secret” recipe! When she’s not busy baking cookies for her two kids (both under 5) or playing “mom” to a (sometimes gassy) pug named Bugsy, Tonya is hard at work running her clothing line mike&ton, with Michael DePaulo. She is slightly addicted to (some say more liked obsessed with) Instagram and Twitter. Tonya was part of the debut of styleboston as a 30-minute TV show and was the inaugural host of its Fashion Forward segment. She later landed a role at NECN’s “The Morning Show” in her own segment titled “Tagged By Tonya.” In addition to styleboston.tv, Tonya maintains her own blog at http://tonyamezrich.com. Because of her time on TV and her active social media presence, people regularly come to Tonya for fashion advice. And she’s not too proud to take advice from others, particularly her kids, who she lets select her outfits.

Tonya has also joined the hip new tech start-up company Dunwello.com as the Brand Ambassador. Tonya will be advising the CEO on strategic matters and will spearhead the Maven Campaign.