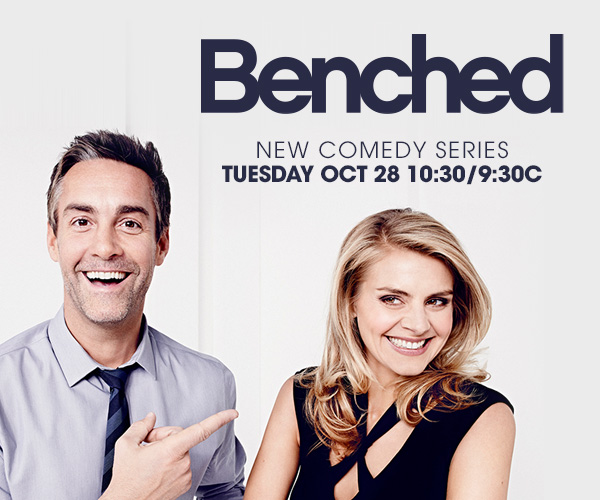 Jeff Lahens (DressCode Boston) caught up with his friend actor Jay Harrington, star of the USA Network show Benched, for a quick interview on Twitter. Here’s a transcript of what the Boston area native is up to and what he thinks his character’s chances are in a TV pickup game of street basketball.

Jay Harrington retweeted a Tweet you were mentioned in:

A: Grew up in Wellesley Ma love to visit as often as possible U could say it’s a serious long dist 1

Q: Where do you live now?

Q: How do you rep ‪#Boston in LA and NYC?

A: .@RedSox trailer hitch on my truck

Q: We’ve learned that you’re a ‪@SyracuseU alumnus. What did you study?

Q: Where did you go to high school? What sports did you play?

Q: Do you bleed Orange for @Cuse or Green for @Celtics? 🙂

Q: What character do you play ‪@BenchedUSA?

Q: Tell us about ‪@BenchedUSA.

A: Honest look at life of public dfndrs,workplace ensemble comedy

Q: PHIL ‪@BenchedUSA vs HARVEY ‪@Suits_USA on the basketball court. Who wins?

Q: PHIL ‪@BenchedUSA vs JACK MCCOY in the court room. Who wins?

A: Sam Waterston ftw, but Phil at the bar

Q: When discussing fashionable cities, Boston is rarely mentioned. How do you feel about that?

A: #Boston has TONS of style! W/ so many diff universities and cultures repping individual tastes together in an amazing city!

Q:   What are 3 words to describe Phil’s style ‪@BenchedUSA?

Q: Who are your style icons?

A: Cary Grant was the man #whosgotnext

Q: Who is the best looking man on TV right now?

Q: Favorite TV shows when you were growing up?

Q: What’s a must-see or must-do in Boston?

Q: Who will the ‪@Patriots play in the Superbowl this year? 🙂

Editor’s note: The last exchange prompted @RhettNFL to Tweet: The Pats are in the Super Bowl already??? To which Jay Harrington replied: My New Year’s Resolution – to be positive.