IT’S IN THE BAG! NOT YOUR AVERAGE CIRCUS 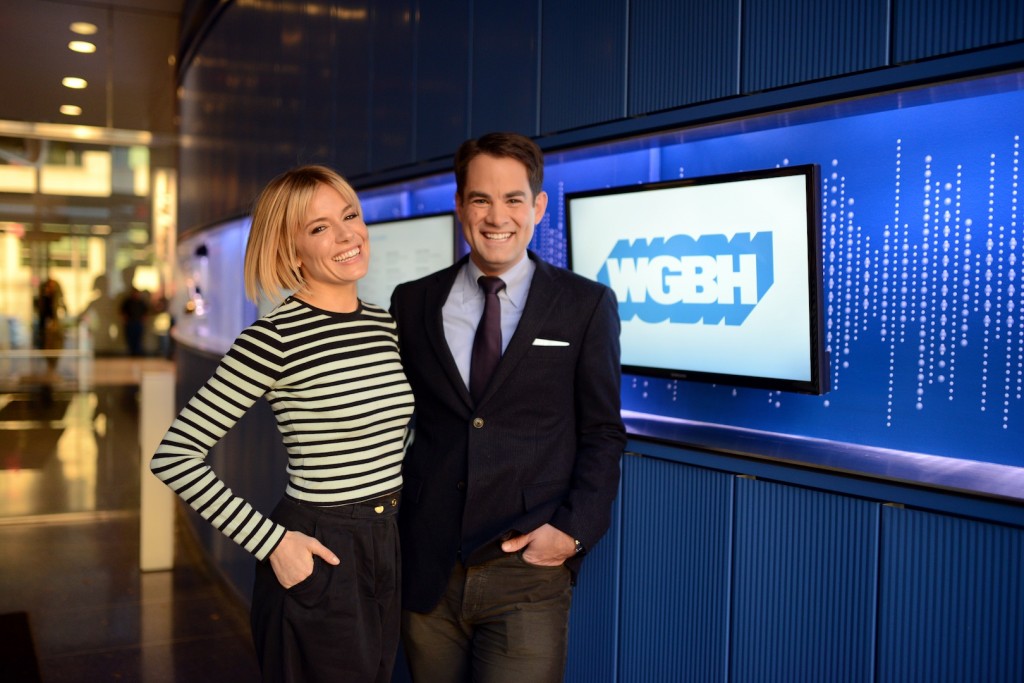 An Emmy Award-winning reporter and host for WGBH, Boston’s PBS television outlet, and its NPR radio station, WGBH-FM, Jared Bowen exudes the calm and authoritative demeanor viewers have come to expect from a seasoned journalist. As the city’s only remaining television arts and entertainment reporter, this Emerson College alum is also a busy guy, covering multiple cultural events a week in Boston and beyond. He hosts the weekly TV show “Open Studio with Jared Bowen,” contributes to WGBH-TV’s nightly news program “Greater Boston” and is a commentator for “Morning Edition” and the mid-day show “Boston Public Radio.” It should be noted that the dapper, blue-eyed bachelor possesses a finely tuned sense of humor and hasn’t – at least as far as we can tell – let all of his success go to his head. We caught up with the down-to-earth media maven in between him interviewing an Obie Award-winning playwright and prepping for a piece with a New York Times’ bestselling author.

YOU ALWAYS LOOK SO PERFECT ON TV. WHEN YOU WERE A STUDENT AT EMERSON COLLEGE, DID YOU GET STRAIGHT A’S IN YOUR “PUTTING ON MAKE-UP FOR TV” CLASS?

Makeup? What is this word “makeup”? Do I not strike you as all natural?

WE’RE SEEING MORE AND MORE OF YOUR INTERVIEWS ON THE PBS NEWSHOUR. WHAT IS IT ABOUT BOSTON PRODUCTIONS AND ARTISTS THAT’S SPARKING NATIONAL INTEREST?

This is a fantastic moment for arts in the region.  Our museums are expanding and curators are presenting brilliant shows. Our professional theater companies are sending shows to Tony-winning runs on Broadway. Even fringe companies like The Gold Dust Orphans are making a splash in New York.  International audiences are paying attention to how Andris Nelsons will lead the Boston Symphony Orchestra.  Local artists are thriving and wonderfully inventive young theater companies spring up every year.  I think it’s all due to the simple fact that our arts community now has the conviction that it has a big, booming, resonant voice and it can use it. 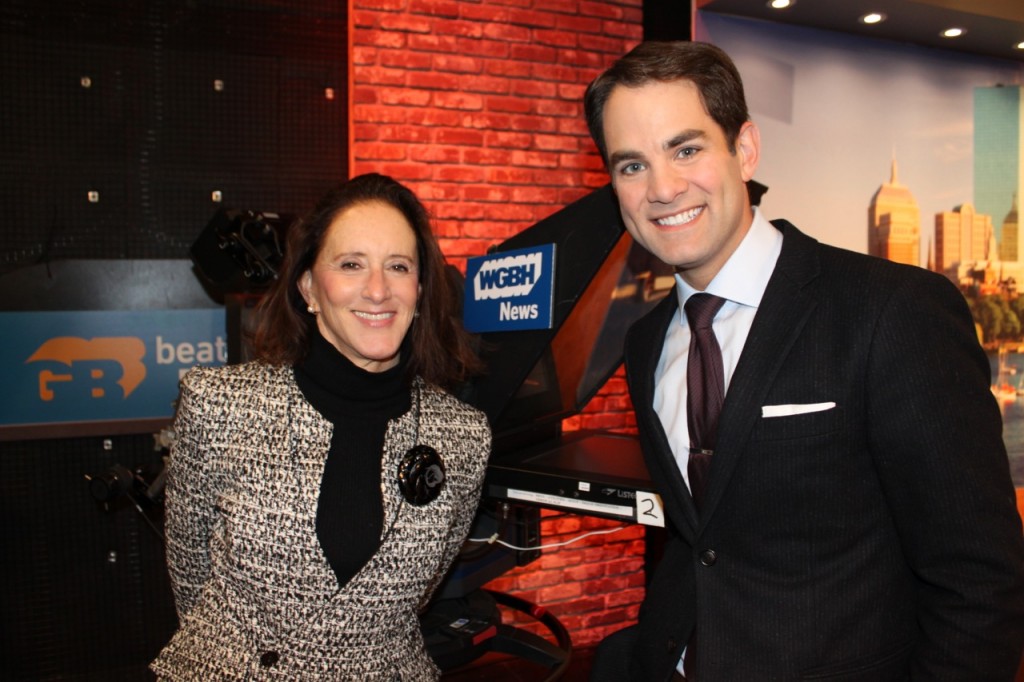 YOU’RE ONE OF THE HARDEST-WORKING REPORTERS IN TOWN. HOW MANY NIGHTS A WEEK ARE YOU OUT SEEING PLAYS, ATTENDING CONCERTS, INTERVIEWING PEOPLE AND GOING TO OTHER WORK-RELATED EVENTS?

I’d say four to five nights a week and often more. A couple of years ago I made it my New Year’s resolution to be home at least two nights a week.  It didn’t last. It’s probably why my friends and family have disowned me at this point.

HAVE YOU EVER COUNTED THE NUMBER OF PLAYS YOU’VE SEEN IN A YEAR?

I’ve not counted. But at the end of the theater season last year I stacked up all of my playbills in the office.  Let’s just say if they’d toppled over onto my colleague Emily Rooney, it would have taken days to rescue her.

WHAT DO YOU DO WHEN YOU AREN’T WORKING? IT IS TRUE THAT YOU’RE AN AMATEUR TAXIDERMIST?

I never touched those animals!  To relax, I can’t do what everyone else does–like going to the movies, a show or to museums because that ends up being work. So running is my salvation. I run five miles several times a week before work and ten miles every Saturday.  I love the quiet solitude. I often hatch some of my writing and on-air commentary during those runs. Plus you see bizarre things in the early morning hours.  I’ve seen a dead body, a surprise wedding proposal and a car sticking out of a storefront. 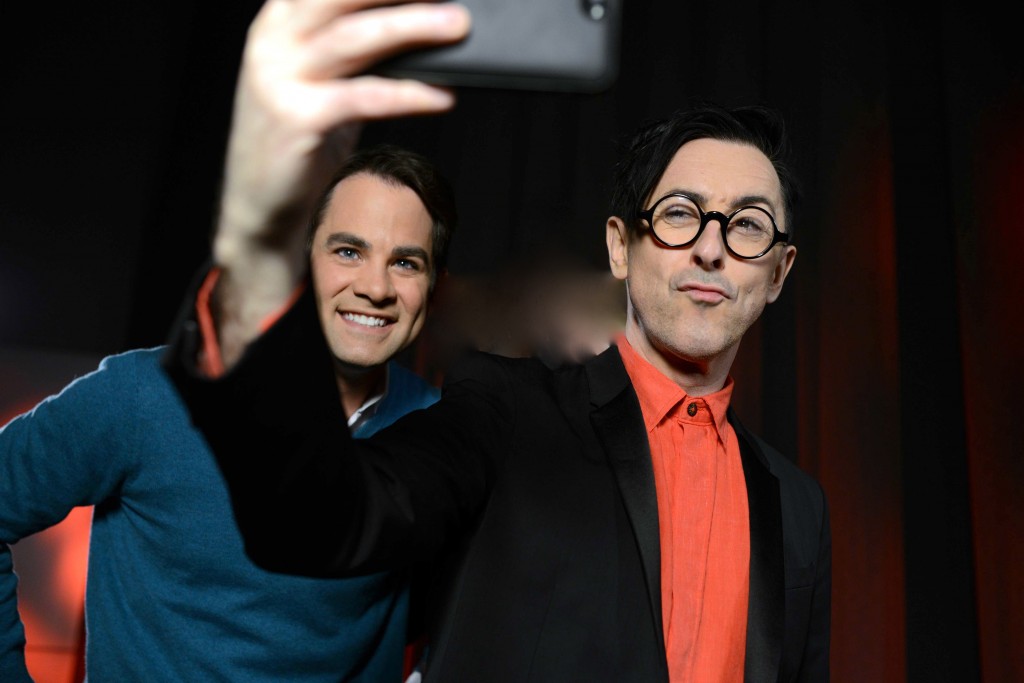 INQUIRING MINDS WANT TO KNOW. CAN YOU TELL US ABOUT THE UNDER-THE-RADAR ARTISTS, ART GROUPS AND THEATER COMPANIES WE SHOULD CHECK OUT BEFORE THEY MAKE IT BIG?

I think Bridge Rep is off to a great start in its nascent stages.  The A.R.T. has become a great curator of emerging talent with the resident companies in its Oberon space–Touch Performance Art comes to mind.  Honestly, there’s talent everywhere–you just have to slow down and look.There are lots of great surprises.

YOU DON’T HAVE TO NAME NAMES, BUT WHAT’S THE WEIRDEST THING THAT ANY CELEBRITY HAS EVER DONE DURING AN INTERVIEW?

One offered to show me her pap smear test. I apologize for how disgusting that sounds. Another shamelessly flirted with me in front of her husband. He wasn’t happy.

OKAY THAT’S REALLY WEIRD. I CHANGED MY MIND – WHO WAS IT?

Carrie Fisher and Joan Collins.  I’ll let you decide who did what. 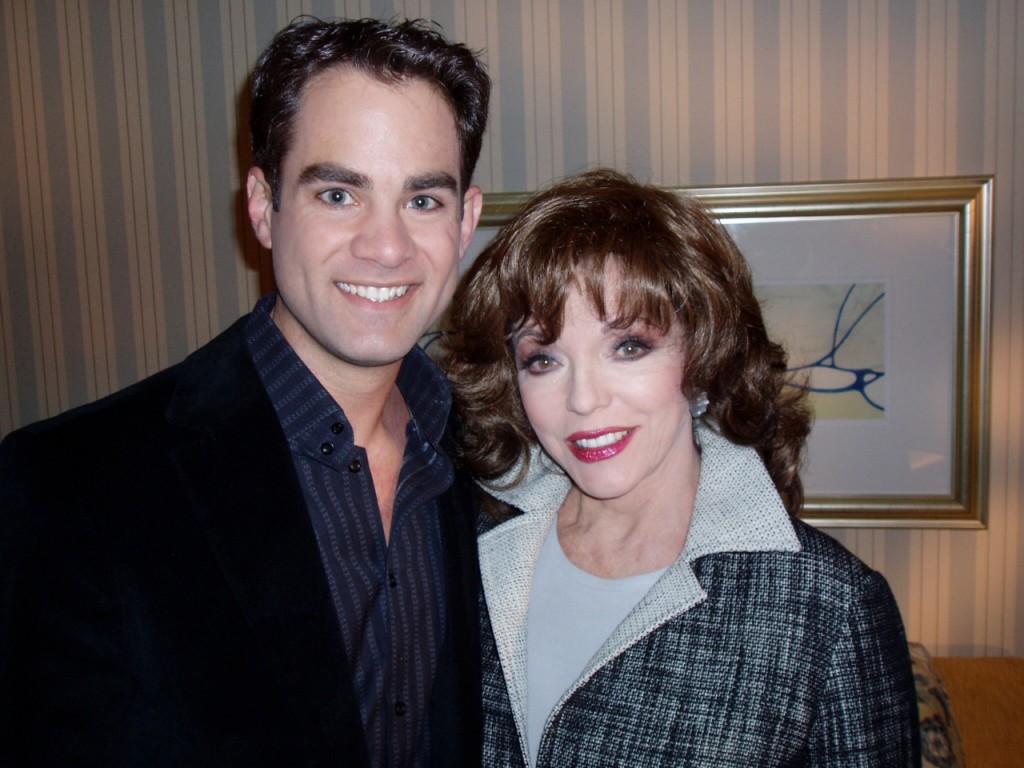 HAVE YOU EVER BEEN STAR STRUCK OR CAUGHT OFF GUARD DURING AN INTERVIEW?

In the early days I was star struck all the time.  I got over it after interviewing Meryl Streep. She’s arguably one of the greatest actors — if not THE greatest —  on the planet and also one of the most grounded, sincere and intelligent people whom I’ve interviewed.  It’s hard to get worked up after an encounter like that.  Caught off guard? The late, great Elaine Stritch, in that throaty, hollering voice of hers, called me “a jackass”.  She began our interview telling me I could ask her anything.  When I asked her something she didn’t want to answer, I reminded her of her own ground rules. That’s when she barked at me. In fairness she would have been divulging something she was saving for her show.  I told people I’d been Strichslapped.

YOU’RE SO STYLISHLY DRESSED ALL THE TIME YOU COULD BE A MODEL FOR GQ. OR A CORRESPONDENT FOR STYLEBOSTON. DO YOU HAVE A CLOTHING ALLOWANCE? AND IF YOU COULD BE “DRESSED” BY ANY DESIGNER, WHO WOULD IT BE?

Fun question. I’d have to say Ralph Lauren.  He’s so classic and elegant.  And he’s a big fan of Masterpiece Theater and Downton Abbey. You know, that little PBS show down the hall from me.

One Response to CONVERSATIONS WITH…