Typically at award shows, menswear is overshadowed by beautiful dresses and famous designer gowns. Gentlemen, Sunday night at the 72nd Golden Globes our team came out to play. They brought heat to the style game where we are so often out-dressed by the ladies.

Without any mentions of who they wore, here are my top picks for men’s style at the Golden Globes 2015.

Why they were selected: 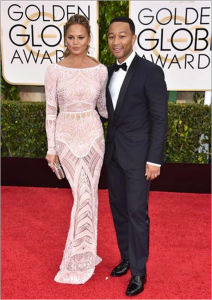 JOHN LEGEND in a one button shawl collar tuxedo. All eyes may have rightfully been on his wife Chrissy Teagan, but he was dressed as the perfect arm candy. Slim fitting jacket sleeve. Great overall fit on jacket and pants. Sharp looking laced leather sole shoes to complete the look. Well-played, John.[/ezcol_1half] [ezcol_1half_end] 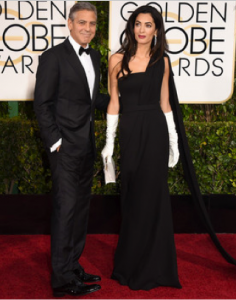 GEORGE CLOONEY matched his wife Amal Alamuddin in her splendor and in black and white. He looked debonair in bowtie with a classic notch lapel tuxedo, which he wore on his wedding day according to www.grazia.fr. Game, set, match, Clooney.[/ezcol_1half_end] 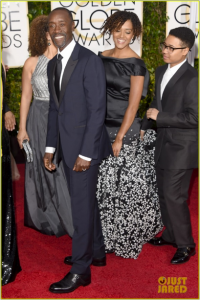 DON CHEADLE looked sharp in a midnight blue tuxedo. He wore a black tie that matched the peak lapel of the jacket. Even though the shoes may look a bit too robust for my taste, I still think his style is A-game caliber.[/ezcol_1half] [ezcol_1half_end] 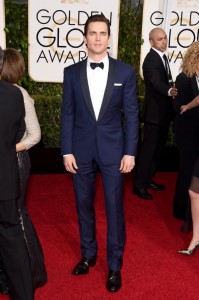 MATT BOMER looked dapper in a blue shawl collar tuxedo. Classic fitted jacket with a pop of the shirt sleeve at the cuffs. Nicely tapered pants with quarter break. Two seconds left on the shot clock, Matt gets the final shot. [/ezcol_1half_end] 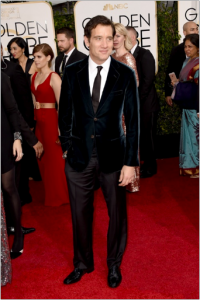 CLIVE OWEN restyled his dressy casual velvet blazer look from the 2014 Rome Film Festival, to abide by the formal dress code of the 2015 Golden Globe Awards. Noticed the jacket may have been altered to a much more complimentary silhouette since last year. Although the pants in the 2014 photo have a better fit, the trousers have a much cleaner break. He wore brown shoes with the casual look, but black shoes for the formal occasion. MVP for best-dressed due to creativity and versatility.[/ezcol_1half] [ezcol_1half_end] 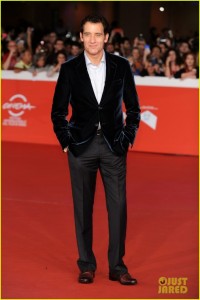 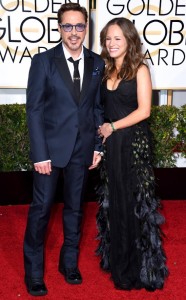 ROBERT DOWNEY JR. with his wife Susan Downey. I like the fit of the pants. I can’t even get mad at him for the sneakers. I dig them. I’m a super big fan of Robert Downey Jr. but he has been a disappointment lately with the loose tie trend. “Iron Man” better call Maaco. The untied bowtie or loose tie style never looked stylish to me. What’s the point of your neckwear if you don’t plan on tying it? I don’t typically get into the “do’s and don’ts” reviews, mainly because I have very few don’ts regarding personal style, and I encourage people to dress to express more than dress to impress. Unfortunately Robert Downy Jr. looked sloppy at the Golden Globes. Guys, for someone who has been my MVP, he was an ineligible player on Sunday.[/ezcol_1half] [ezcol_1half_end] 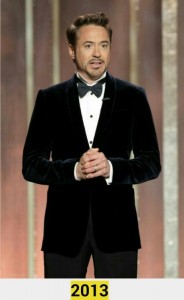 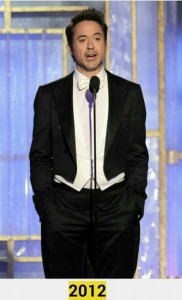 Previous looks from the Golden Globes.[/ezcol_1half_end]