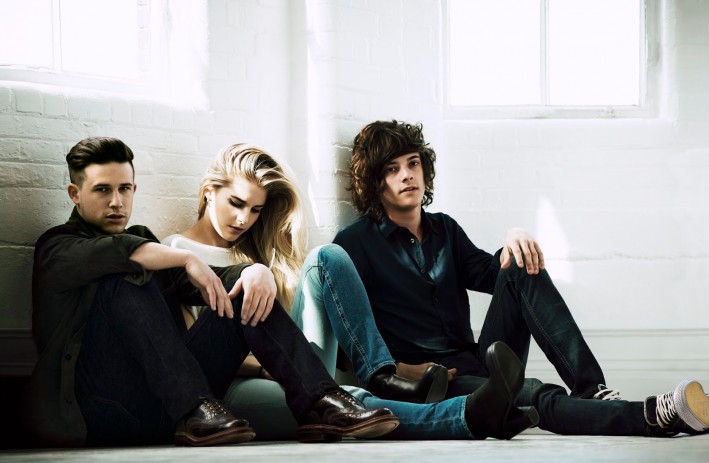 You’ve just watched one of your favorite TV shows and you hear this amazing song, but you don’t know who the artist is. So, naturally you go online and you search that exact episode and scene it was placed in. You find it and realize that you’ve never heard of this band, but love their music.

London Grammar, the British electro pop trio formed by Hannah Reid, Dan Rothman and Dominic “Dot” Major, happens to be this particular band that I’m talking about. From Nottingham, UK, they bring a whole new meaning to the world electric. Their debut album ‘If You Wait” was released September 2013 and has been certified platinum in Australia and the UK.

Their hit single, ‘Hey Now’ off their album not only was recently in the J’adore Dior perfume commercial featuring Charlize Theron, but has been featured on top TV shows such as the “CW’s”, “The Vampire Diaries”, “The Tomorrow People”, “USA’s Suits”, ABC’s “Revenge” and MTV’s “Teen Wolf”.

Signed to Columbia Records, they’ve performed the “Late Night Show”  with former host Jimmy Fallon and the BBC “Radio One”. And to top things off in 2014, Sony Xperia Z3 released a TV commercial named “The Journey” that featured London Grammar’s song ‘Nightcall’

You found the artist, now spread the word and check this band out in your neck of the woods.