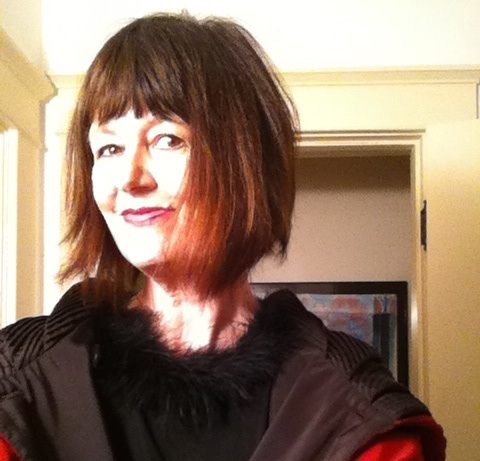 Randi Danforth, a Massachusetts Yankee via Cairo with a stop in Dixie now in LA, was a Senior Editor at Bon Appétit magazine for over twenty years. She lived in Cairo for nine years with her professor husband, where she honed her Yankee cheapskate bargaining skills in the Khan el-Khalili market, and rode Arabian horses around the pyramids when she wasn’t working in book acquisitions at the American University in Cairo Press.
With a front row seat to the Egyptian Revolution in 2011, she was interviewed by the New York Times about why she didn’t want to leave during the disruptions because of her Abyssinian cat, Stella. To avoid gaining an international reputation as a crazy cat lady, she went to Berlin that week anyway (and to get away from the 24/7 phone calls from her loving family and friends urging her to evacuate).
Following her Cairo chapter with a stop in North Carolina, she moved to Los Angeles where she is Publications Director at the Cotsen Institute of Archaeology at UCLA. She is rediscovering the vibrant LA scene, building on her previous experiences living there in the 80s and 90s to find new trendsetting art and design, food, performances, music, and architecture.