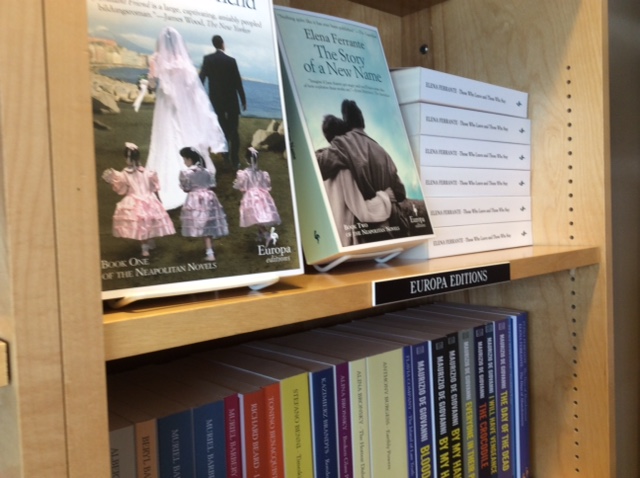 If you love books, you’ve really got to like Newtonville Books. First, let me just note how much affection I have for any bookstore that keeps a separate area for Europa Editions.  Yes, I’m judging a book by its cover (they are wonderfully designed) and by its content. Europa is the publisher of dozens of notable novelists including Fabio Bartolomei, Seth Greenland, and Elena Ferrante, whose “Those Who Leave and Those Who Stay” has become a book club staple since its release in September 2014. (It is the third in a series.)

Speaking of book clubs, Newtonville hosts a half dozen book clubs. The store runs and stocks a number of books that are favorites of area book clubs. The selection is well-curated to reflect a broad taste – both popular and new and titles that have been on shelves for a while and might just be gaining a following.

But back to the task at hand: The Staff Picks. This bookstore’s staff clearly has as much love for fiction as it does for non-fiction (something that appears to be rarer than I might have guessed.)

Some of the staff choices that I’d like to point out: 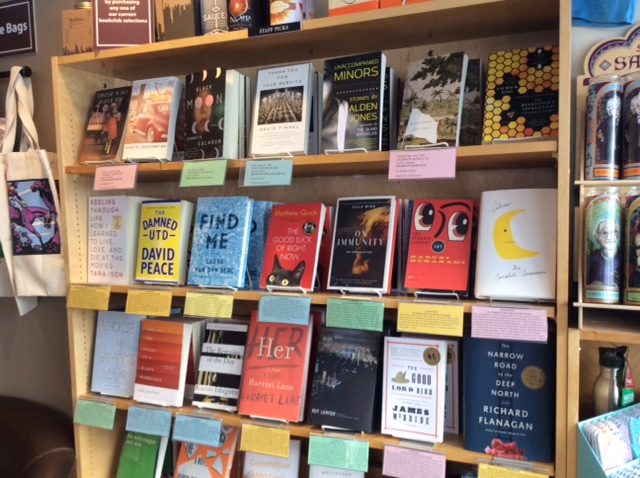 David Peace’s “The Damned UTD,” which The Times of London called “probably the best novel ever written about sport.” The book was originally released in 2006 and was made into a movie. (See The Guardian’s review here:  I would suggest, Peace’s book from last May, “Red or Dead” but I do so with a warning. It is a 700-page experimental novel about a soccer coach. Yeah, I know.

Notable in the non-fiction category is Eula Bliss’s “On Immunity: An Inoculation” from Gray Wolf Press that was released last fall. This title was among the “Buzz Panel” titles from last spring’s Book Expo America, which means that the industry and stores had a head’s up about the its release. What I can’t figure is that why a book about how humans are afraid of vaccinations hasn’t prompted even more discussion. Even if this book weren’t as well written and researched (and, I hate to admit an easy to read and share 216 pages), it should be a book all parents are required to read. 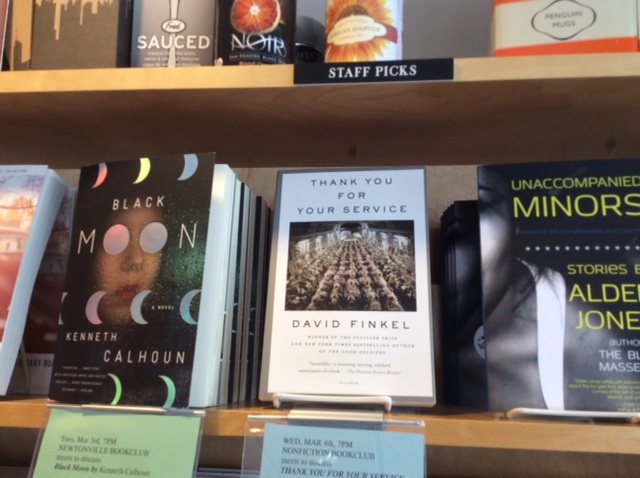 And, finally, something from the staff recommendations that you can just enjoy as we wait for the weather to get nicer: “The Good Lord Bird,” the National Book Award winner by James McBride. It’s a historical novel with a raft of new characters and voices. McBride, who was first trained as a journalist, imbues the book with historical accuracy and precision that shines throughout.[/ezcol_1half_end]