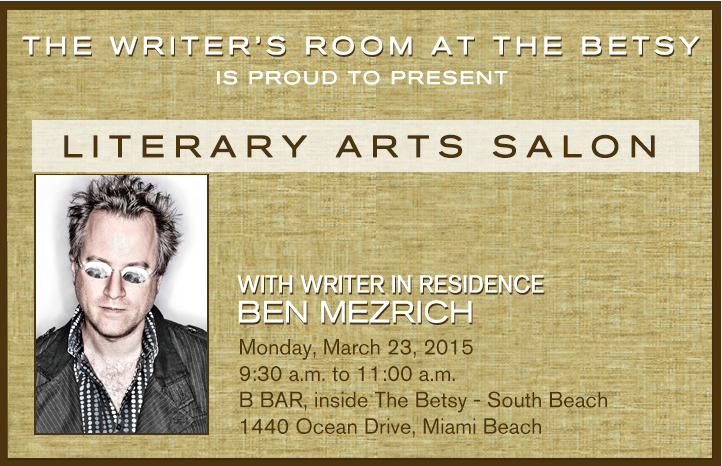 Breakfast at The Betsy with literary minds from Miami and Boston—not something you normally associate with South Beach, a sprawling beach community that has become the go to place for everyone from basketballers, rap stars, and winter snowbirds.

How did we end up here? 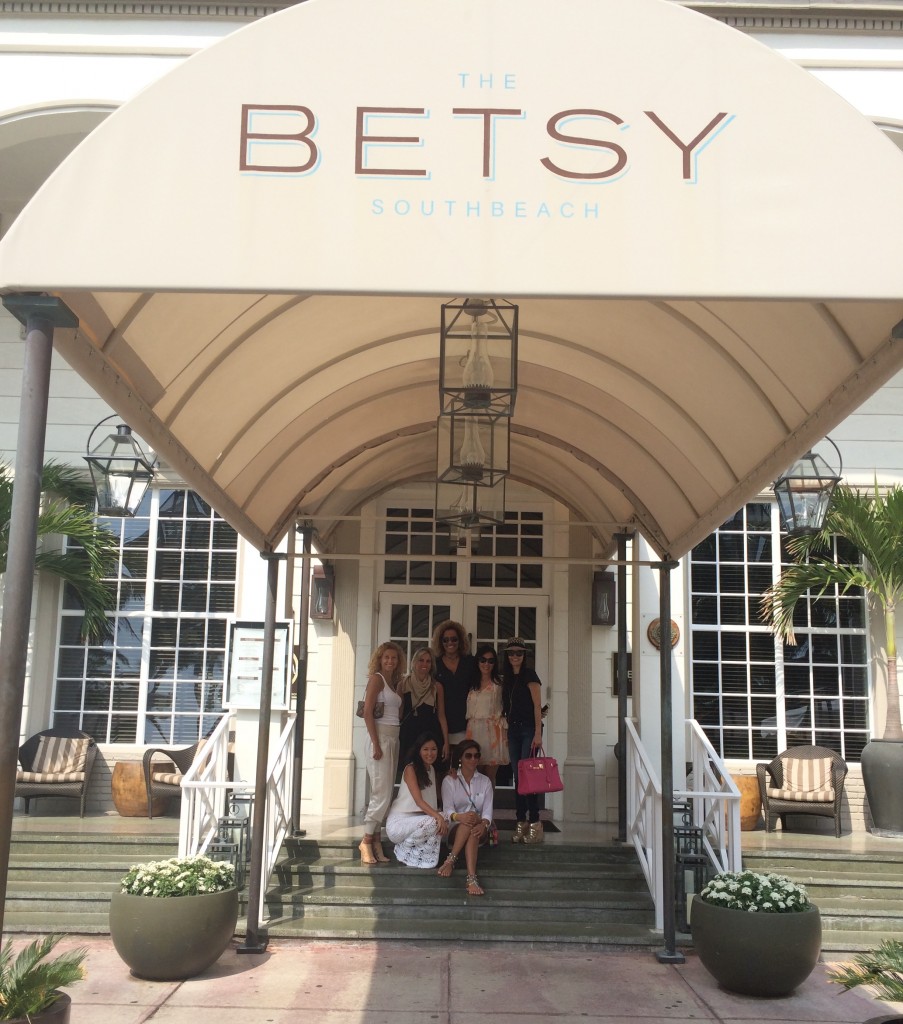 In December, we had a lovely dinner at the BLT Steak restaurant because my father in law is obsessed with steak, and thought it would be a great kid friendly place to bring the whole family. It was in fact, all of the above. On my way to the ladies room, I noticed a sign on the door which said “Writer’s Room”. A lightbulb went off in my head, my husband was a writer, could he use this writer’s room? I needed to learn more. I headed to the front desk to inquire about more information. The gentleman was very excited to tell me that the owner’s grandfather was a famous poet and because of this, literature and writing were always an important part of his life. He felt that it was important to support other writers-so on April 1st 2012, he developed the Writers in Residence Program at The Betsy, an opportunity for emerging and established writers alike to stay on the premises in a room designed for writing to occur. I toured the room, to see what it was all about, and discovered a well appointed cozy room, with a couch bed, antique desk (that had belonged to the grandfather of the owner), and a brightly lit bathroom with a TV embedded in the mirror. Who knew, maybe TV while you showered was a way to get inspired.

As part of the program, we set up a Literary Breakfast Salon with Ben. The Betsy sent out invitations to their community and within minutes of going live, the breakfast was filled, and they had to close the guest list—something that made us feel proud, because we were told that this has never occurred in the past! 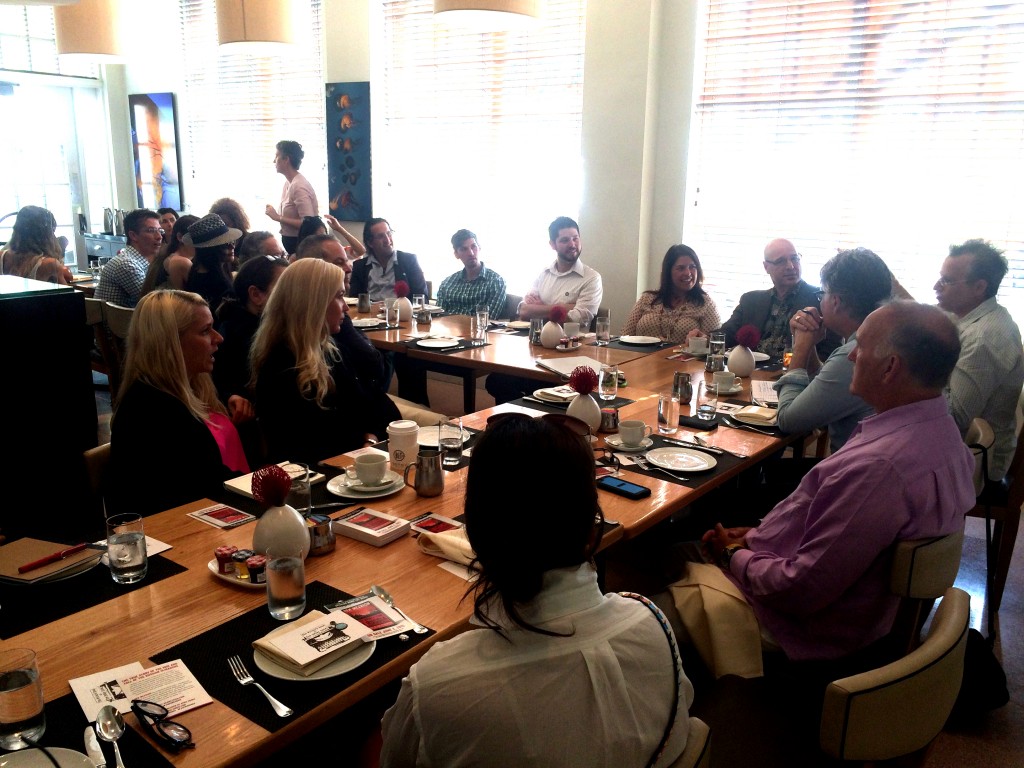 The salon was held in BLT Steak around a long “L” shaped table. Deborah Plutzik-Briggs, sister of The Betsy owner Jonathan Plutzik, and VP of Marketing, Philanthropy and Programs, moderated the Salon, having the over 30 guests in attendance, introduce themselves. We had quite a diverse Salon, from heads of Florida International University, to restauranteurs Seth Greenberg and wife Sasha with the youngest attendee, their 5 month old son; club owner Sharrokh Reza and wife Dianna, to Margaret McNeill of Boston/Fisher Island, who brought Real Housewife friend Adriana DeMoura, and PR agent Olivia Wolff, and of course close Boston friends Adriana Hassan of The Tannery, and Alex Winston and his wife Dr. Daniela. 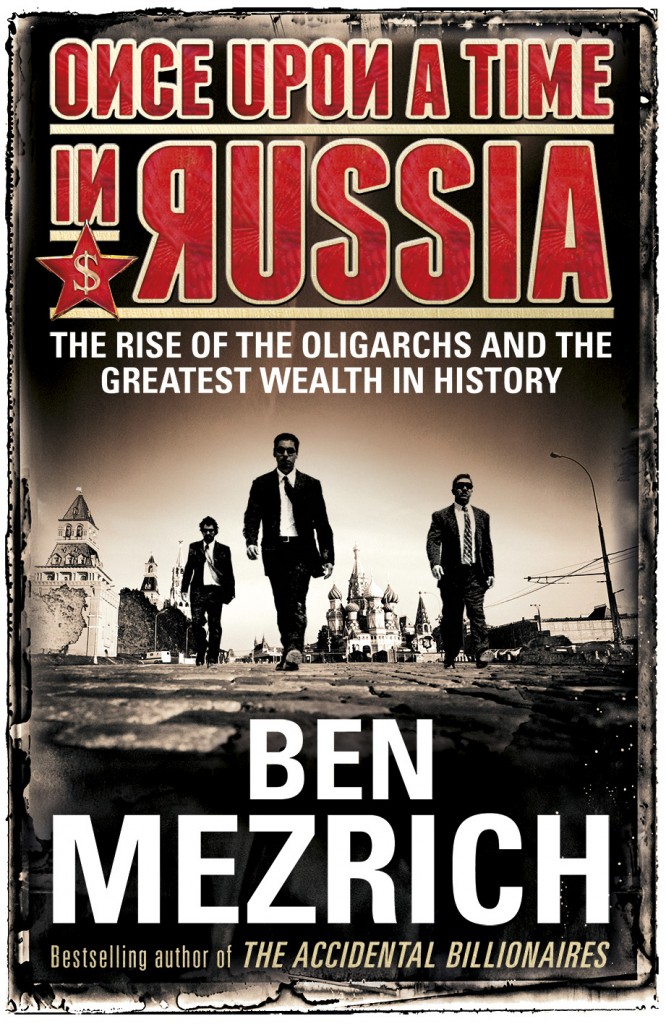 Everyone had interesting comments and questions for Ben, but the bulk of the conversation centered around Ben’s new book Once Upon a Time in Russia: The Rise of the Oligarchs—A True Story of Ambition, Wealth, Betrayal, and Murder, which is scheduled to be released June 2nd, 2015. For the first time, Ben discussed the process of writing this book, and how book writing is transitioning from a process where the movie idea comes first and then the book follows. This is a stark difference from the past where books were always developed first then movie options were taken, then eventually movies were made (if you were lucky). Sorry, but I have to brag a little about my hubby, because having had two number one box office smash hit feature films made from two of Ben’s books is a feat that no other non-fiction author has accomplished.

Seeing his books transformed into movies was a topic that attendees of the Salon were interested in, as one asked Ben if he was satisfied with how the movies turned out. Ben talked about working with Aaron Sorkin, in Boston at the Four Seasons Hotel, and how a daunting but finally fortuitous leak on gawker.com lead to David Fincher and Sorkin both discovering the project.

Ben also discussed meeting Eduardo Saverin and how at the time he had only known of Facebook because of me. He told the story about how Eduardo eventually signed a contract with Facebook that said he would never speak to him, which lead to his subsequent breakup with my friend, de-friending of us on facebook, and how he subsequently got billions of dollars. He touched on the Winklevi, Sean Parker, and Justin Timberlake. 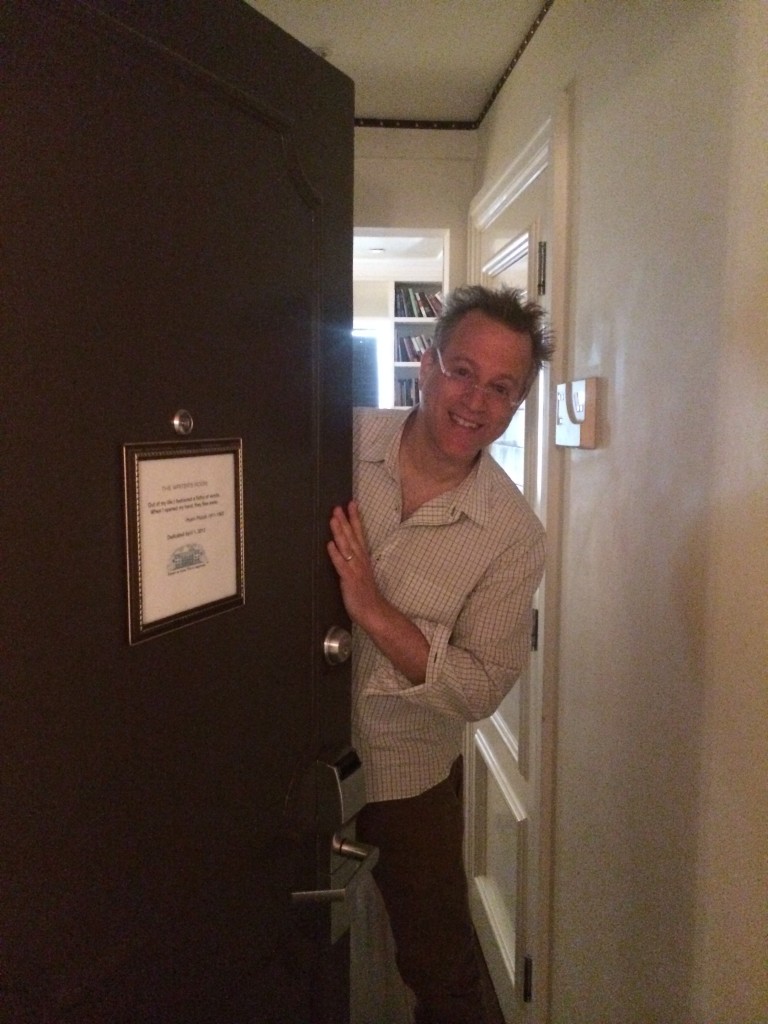 Guests of the Salon were also intrigued by the way that Ben has always seemed to be able to predict what is going to be “hot”, as in the case of his bestsellers Bringing Down The House, Rigged, and The Social Network. Ben explained that the process of writing a book starts about 2 years before a book is actually published, so a large part of deciphering what is going to be relevant is about picking a subject matter that appeals to him, and also having his pulse on what is going to be hot.

I personally think that the key to being a good writer comes from Ben’s innate ability to observe, decipher and make excellent judgement calls. He describes his ability to write as stemming from his view of the writing as equivalent to what a terminator is in  James Cameron’s The Terminator:  This is what he does , this is all he does, and he absolutely will not stop.