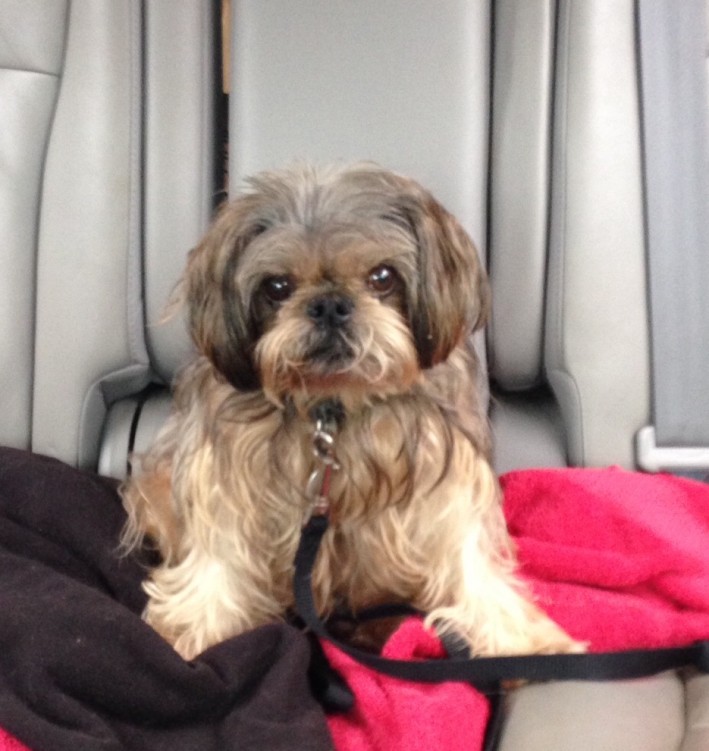 styleboston and my family lost a very dear and loyal friend yesterday and I would like to say a few words about this special little guy.

#1-he either liked you or he did not…and it was usually not. Chewy was a Brussels Griffon, a funny and spirited breed that always prefers one on one’s to an open door invite. He was a fierce watchdog and could rumble with the best of the Goldens and Labs.

#2-He does NOT look like the “Star Wars” character Chewbacca, Chewbacca looks like him. Apparently George Lucas had several Griffons when he created the infamous character so let’s get the record straight once and for all… I believe that really irked Chewy.

#3-For such a little guy he instilled a lot of fear in some people. Numbering a dozen or so at last count, he’s a “take no prisoners” kind of guy…likes a good nip here and there. But if he loved you, he really loved you.

Rest in peace Chewy, we miss you already ♥

1 thought on “WE SAY GOODBYE TO CHEWY”