Ellen Parker, the executive director of the anti-hunger organization Project Bread, is a leader in the national dialogue on poverty and hunger as a health crisis. During her tenure at Project Bread the organization has raised more than $100 million to help children and families who struggle to find their next meal. A major portion of those funds come from the East Boston-based Project Bread’s annual Walk for Hunger. On Sunday, May 3, the 47th annual Walk will take place. Ellen is a former senior policy adviser to Boston Mayor Ray Flynn and worked at area social service agencies before taking charge of Project Bread 16 years ago. A stylish, sought-after speaker with a professorial command of the devastating effects of hunger and nutrition, Ellen also knows her way around Boston’s neighborhoods, where she loves to shop and sample the traditional fare of the city’s newest immigrants.

Everyone knows about the Walk for Hunger, what else should people know about Project Bread?

As the only statewide anti-hunger organization in Massachusetts, Project Bread works to promote sustainable and reliable access to healthy food for all. Put simply, we want to end the public health crisis that is grounded in economic inequality and a fragmented food system. That’s why we work so hard to invest in the strength and resiliency of local communities—particularly in the public schools systems. There is no reason why children should leave school hungrie than when they arrived in the morning. And, we collaborate with others in building a robust regional food system from farmers, to food producers, to stores, anyone in the chain. 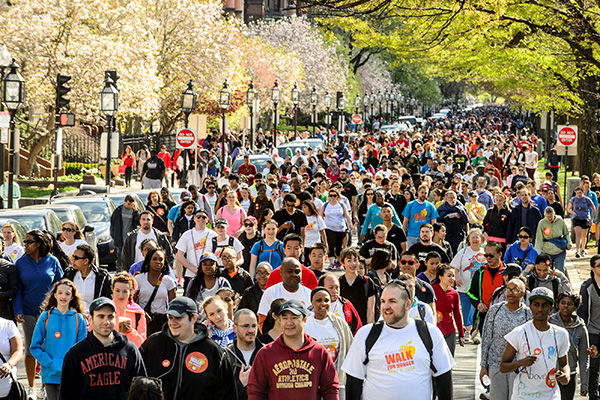 Project Bread’s Walk for Hunger is the most prominent in the country. Why is it so important to have regular people raising money and not just raise money in larger amounts from foundations or corporations?

The Walk for Hunger is a way for everyone to give back and raise awareness for anti-hunger work.  It is a movement that is much larger than a single donor, corporation or foundation. More than 40,000 people come together and show their support by walking 20 miles. Now that is a powerful message.

How is Project Bread different from other anti-hunger organizations? Does “anti-hunger” adequately describe your mission?

Project Bread is very much about that old, but wonderful saying: “Give a person a hand up, not a hand out.” People in the United States are so accustomed to seeing hunger within the narrow framework of charity and dependence that we think we know the answer. But we haven’t asked the most obvious question: how does the person facing food insecurity see their situation—and what do they truly need? If they had real choices about the kind of help they could receive, what would they choose and why? The most effective anti-hunger investments deliver multiple benefits. A healthy meal, first and foremost, but what if that meal could lead to new skills and better health? That’s what we call a “hand up.”

Is there a typical profile of a Massachusetts resident in need of food assistance? Is the need stronger in certain parts of the state than in others? 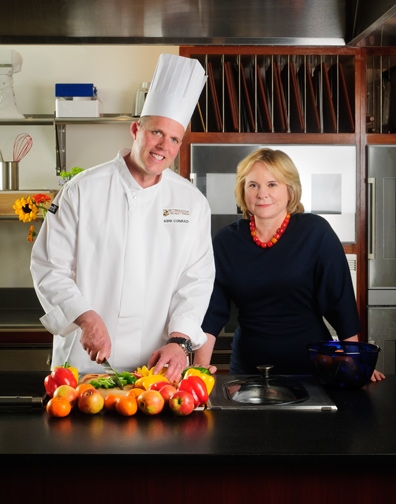 No, unfortunately we cannot predict where and when people will face this. Everyone has a different story. Everyone has a different background. What we do know is that those who are earning minimum wage or less are typically in need of food assistance. For too many working families—thousands of families in Massachusetts—no matter how hard they work, they cannot reliably protect themselves from hunger. The long-term answer is simple: people need to earn a living wage.

What’s a common misconception about hunger both in Massachusetts and nationwide?

When the head of household works fulltime, her or she should earn enough money to pay the rent and put food on the table. That is not a reality. To achieve that outcome requires broad collaboration among wage earners and political, civic, religious and business leaders. But, interestingly, anti-hunger advocates across the country are will to speak up for charity, but when challenged to speak out for a living wage, those same leaders are conspicuous by their silence.

You live and work in one of the most ethnically diverse neighborhoods Boston. Any favorite places you like to eat and go food shopping?

East Boston has some of the best food in the city. I love Angela’s on Eagle Hill and everyone in the office knows about Rino’s because it was featured on the Food Network. My go-to is Meridian Market, a favorite of the late Mayor Tom Menino. I also love shopping at Market Basket for the fresh food and the company’s commitment to the community. Now that spring is in the air, I can’t wait to revisit our local famer’s market. East Boston has residents from all over the globe and the local market reflects those cultures.  On a given day I can find anything from papalo, a South American version on arugula, to Asian mustard to collard greens to sweet Thai basil.