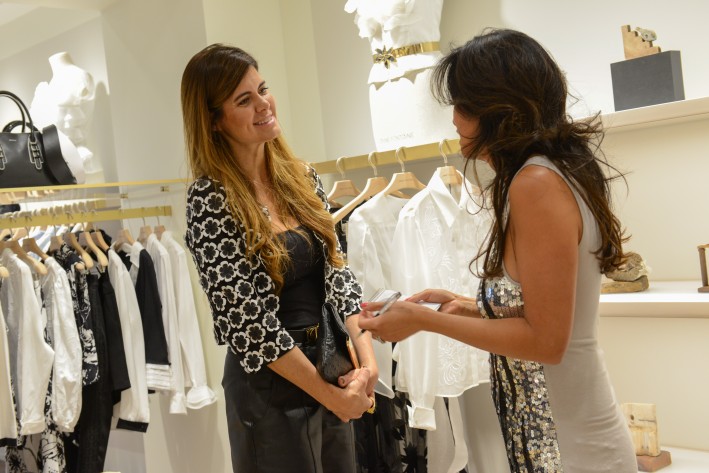 When you think of white shirts, the brand Anne Fontaine comes immediately to mind. I met with the designer during a trip to Boston at her flagship store, 280 Boylston St, Heritage On the Garden. (I tried not to get too distracted by the big orange box on the corner of the street where Hermes is getting its makeover.) Upon entering the cozy boutique, I was drawn to a wall of shirt collars. Anne told me in her shy and sexy portugese accent (her father is French and her mother Brazilian), that the collars developed initially because she uses them in the design process. She has about 3,000 of these collars in her atelier in the North of France–Normandy to be exact. 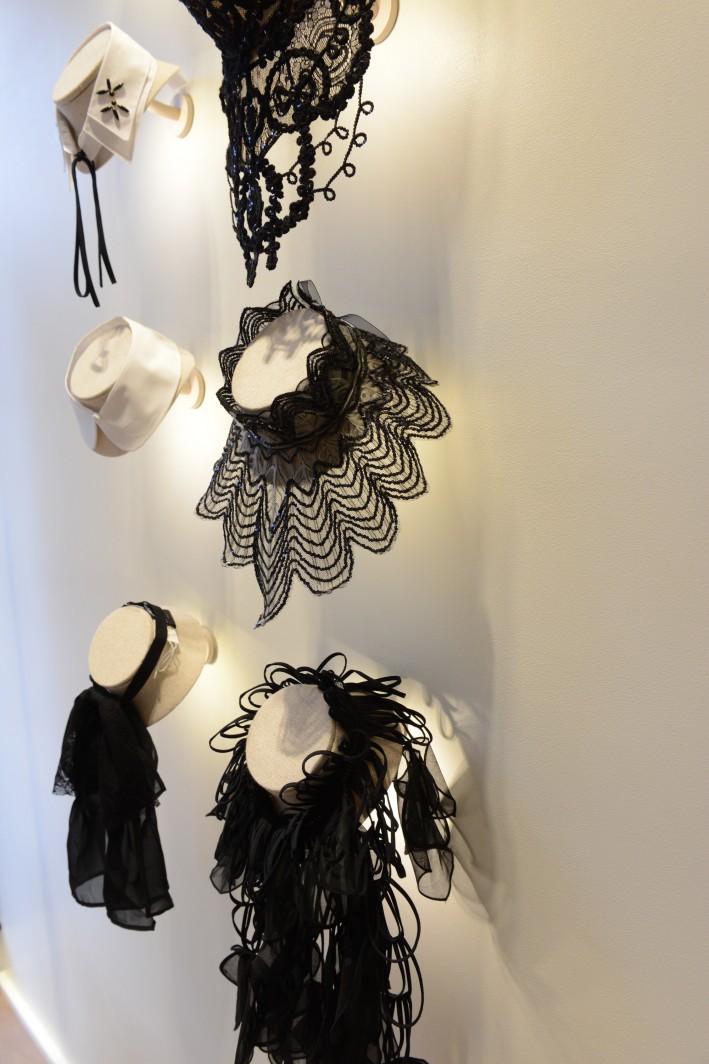 And she likes to “play” with them, experimenting with the shirt designs by changing the collars. She initially put them up as a gallery in her store in Paris about 5 years ago. They weren’t for sale, just for display, but immediately customers wanted them. A new idea was born, and she started selling the collars as accoutrements to her beautiful shirts. They can be worn over round neck shirts, as well as with strapless gowns–as a sort of collar/necklace, skin showing between the two. Their versatility is endless. I am even reminded of the green beaded collar that Scarlett Johansen wore to the Oscars this year. Anne’s collars tend to stay in the black and/or white color scheme and vary from extremely conservative to supremely fabulous.

Anne is currently working on her Summer 2016 collection. She is inspired by life and the silhouette of the femme fatale–a strong 60’s influence with idols such as Marlene Dietrich serving as muses. The Anne Fontaine woman in her eyes can be a young lady, a mother, a grandmother, anyone who wants their first white shirt. 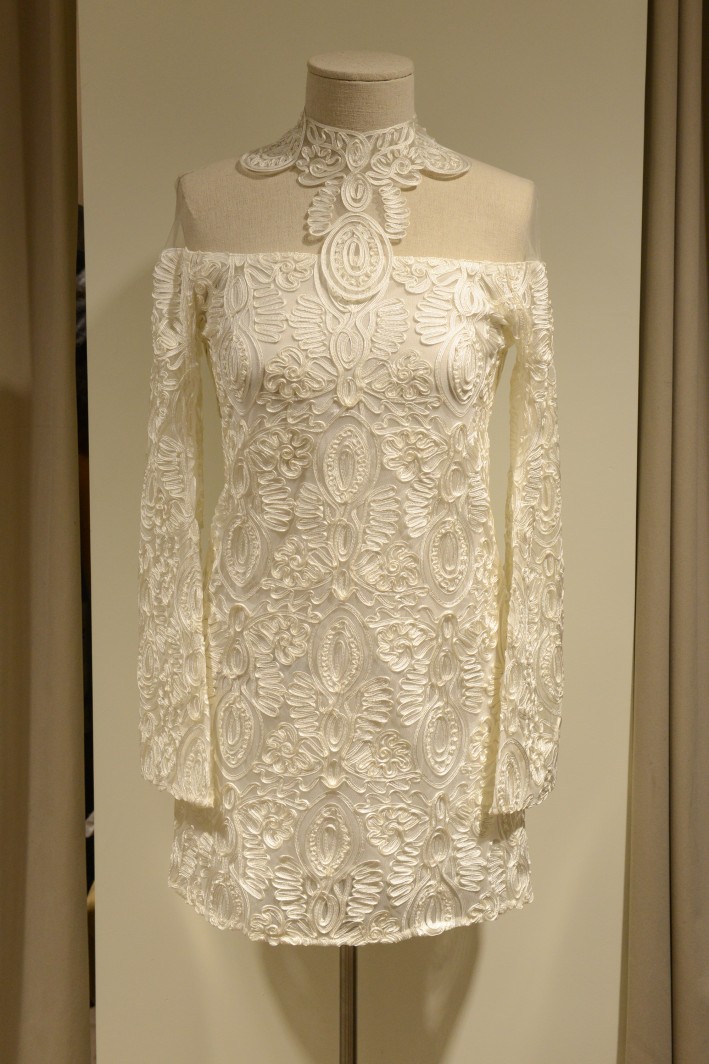 After studying marine biology, she ended up in fashion and launched the brand in 1993. Anne has always had a passion for nature, and felt that it was time to give back. The Amazon rainforest is close to her heart because she lived there when she was 17. She established the Anne Fontaine Foundation to benefit the Brazilian Atlantic Rainforest, an area in peril, and once a year on Forest Day, 50% of the proceeds from any sales in her store go to this charity.