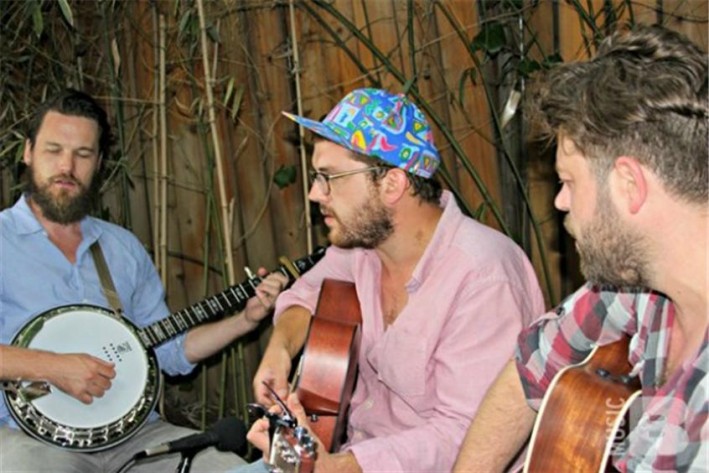 With so many alternative bands in this world, it’s hard to find one that fits all your criteria, especially when it comes to folk. Look no further because Bear’s Den brings you just that. Originally out of West London, this British alternative folk band not only brings you soothing music but also brings the comfort of bands like The Lumineers and more.

2012 was one of their first tours on the road with Ben Howard, The Staves and Nathaniel Rateliff but their big break was touring alongside Mumford & Sons as headliners. They also toured alongside Australian singer/songwriter Matt Corby in October of 2013. Soon after, Bear’s Den received the Deezer Award from the PRS for Music Foundation in June 2014 and landed the chance to participate in the CMJ Music Marathon in NYC.

After years of releasing EP’s, their debut album, Islands released on Communion Records in October 2014.  The label was founded in 2006 by Bear’s Den member Kevin Jones, Ben Lovett of Mumford & Sons and producer Ian Grimble.

From their new album, Island, the song to listen to is “Above the Clouds of Pompeii.” Its smooth sounds of the country side provokes the thought of just letting go and being free. If you are a Mumford & Sons fan, then Bear’s Den is for you so relax and take the journey with this talented band. Featured in television shows such as Reign, The Royals, Parenthood and more, you’ll want to see them live. Check out when they’re coming to your home town.

If you are a huge Mumford & Sons fan, then this band is just for you. Relax and take the journey with this talented band. Featured in many TV shows such as Reign, The Royals, Parenthood and more. You’ll want to see them live. Check out when they’re coming to your home town.