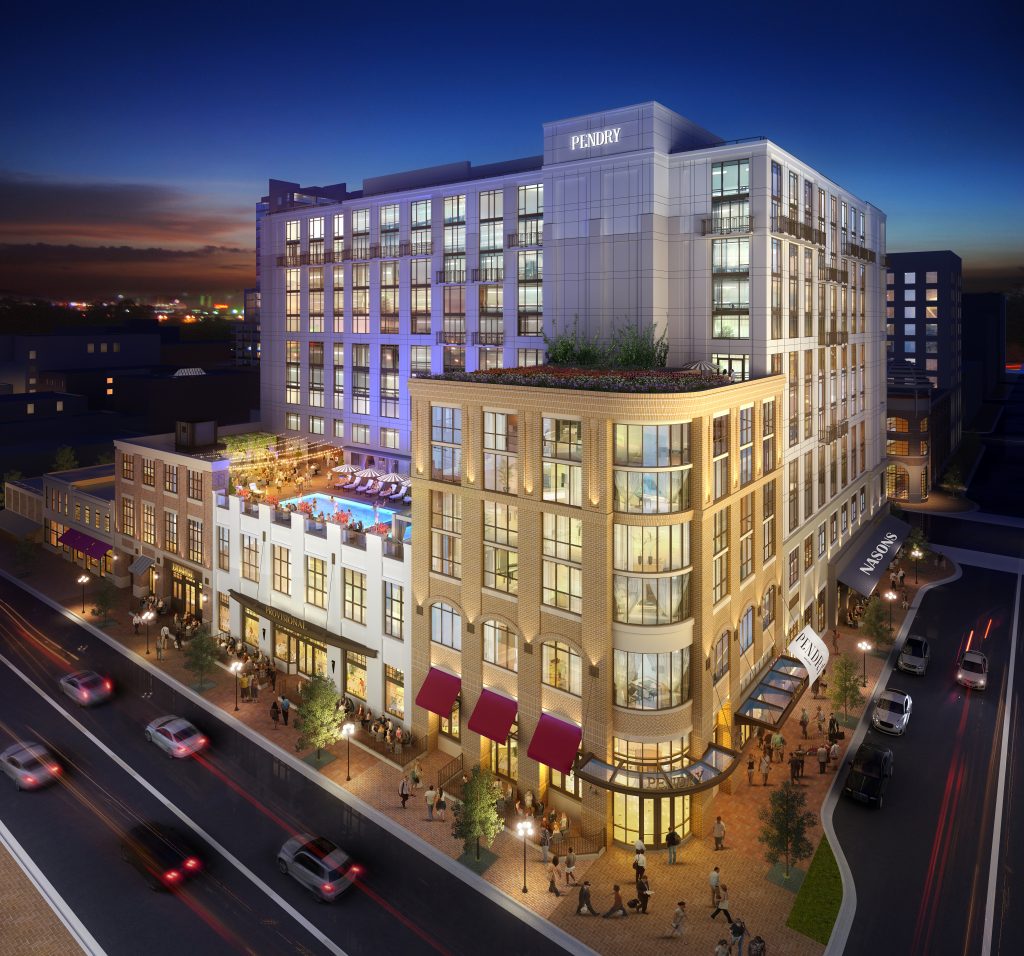 For The Pendry hotel and Downtown San Diego, it is all about the millennials.

“We could feel the shift in luxury,” said Michael Fuerstman, co-founder and creative director of The Pendry hotel brand. “We were looking to expand our parent company, Montage Resorts, so we took a step back and looked at the new wave of luxury customer.

“The target age for us is the 30-something guest, one who is exceptionally well traveled,” Fuerstman said. “They have an appreciation for art and architecture, cultural and creative programming, and are looking for something in between a lifestyle hotel and a luxury hotel.”

Unlike baby boomers, millennials don’t necessarily want to own something; they want experiences, where luxury and lifestyle are seamlessly intertwined. As a rule, they consider wealth a very important attribute, enjoy living and working in urban areas, and have become in many ways the prototype for the unprecedented revitalization that is happening in Downtown.

The Pendry, located at 550 J St., is slated to open its doors this month — January 2017 — and is one of the first of several new residential and commercial projects planned for Downtown. Also in the mix is the millennial-driven WeWork, at 600 B St., a newly opened co-working office space that consists of six floors and 90,000 square feet of a contemporary character.

“Millennials want highly amenitized workplaces, homes, condos and apartments, so on the experience side, The Pendry is probably at the top of what they would want to see, “said Kris Michell, CEO of the Downtown San Diego Partnership (DSDP), the member-based, nonprofit organization that advocates for the economic growth and vitality of San Diego. “The Pendry and Montage Resorts chose San Diego to debut its first lifestyle hotel. This represents a tipping point for us, as it’s illustrative of San Diego’s emergence on the world stage as a cultural influencer.”

Other projects for the area that have been approved include: 7th and Market, a 39-story retail, hotel and condominium complex; Maker’s Quarter, a five-block urban district in the East Village with street-level retail, 800 residential units and 1 million-square-feet of creative office space; and, Manchester Pacific Gateway, a combination of commercial, retail, Navy offices and two hotels located at the former Broadway Navy Complex.

The number of residential and commercial developments on the horizon is good news for San Diego and North County residents looking for more lifestyle options, according to DSDP. That’s also why The Pendry team tapped Clique Hospitality and its San Diego-based founder, Andy Masi, to run the dining and entertainment venues.

“We recognized the opportunity to be a real cultural, entertainment and culinary hub within the city, and collaboration with local partners and brands was very important to us,” Fuerstman said. “Andy lives and breathes San Diego but also brings worldly exposure from outside of the market. Clique has years of experience in Las Vegas running upscale restaurants, lounges and nightclubs. He understands what works here and is pushing the bar forward to bring in an element and interesting things that aren’t here yet.”

Each restaurant in the new hotel is located on the street with separate entrances that make them feel as though they are their own individual brands.

The Pendry’s signature restaurant, Lionfish, will have local award-winning chef JoJo Ruiz in the kitchen, with a focus on modern coastal cuisine.

Nason’s, at the corner of Sixth and J avenues, promises to be an authentic beer hall, which will highlight the numerous craft beer makers for which San Diego is known. Located just a 5-minute walk to Petco Park, Nason’s will feature signature keg tappings, local brewers, pretzels, sausage and bratwurst along with special events.

In addition, the Oxford Social Club, an underground club located next to Lionfish, is a play on the ultra lounge scene of 10 to 15 years ago, with a DJ booth and soft, moveable seating that gives it a communal feel. A lobby bar, spa and outdoor rooftop pool deck are included in the amenities.

Montage Resorts, which currently operates six luxury hotels, are known in the industry for their service culture and Pendry General Manager Michael O’Donohue, with his more than 22 years of experience in luxury hotel management, hopes that this will set The Pendry apart.

The 12-story hotel offers 317 contemporary guest rooms and 36 suites, all with an elegant but comfortable modern design. The intent of the staff is to make the experience for the guest a seamless transition from outside to in, and that includes guests who travel with their pets. The Pendry is a pet-friendly hotel where man’s best friend is more than welcome.

“The most critical part of our success will be the service, taking what Montage is known for and bringing that to San Diego,” O’Donohue said. “It’s in their DNA. From a citywide perspective, we are seeing record levels of growth both this year and next. We believe that San Diego is on the rise and we’re hitting it at the right time.”

—Terri Stanley is the creator, producer and host of the Emmy award-winning Boston lifestyle show styleboston and former executive editor of Boston Common magazine. Since moving to the San Diego area, she freelances as a lifestyle writer and short film producer. Reach her at terris@styleboston.tv.