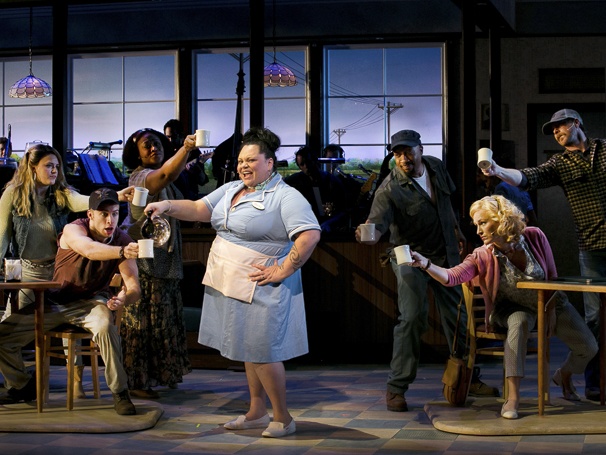 Keala Settle’s soaring performance of “This is Me” nearly stopped the Oscar broadcast on Sunday night, but to theater buffs and careful viewers her amazing stage presence and vocal range wasn’t a surprise. Settle, you see, originated the role of Becky in “Waitress: The Musical,” which made its world premiere at the American Repertory Theater in August 2015 before transferring to Broadway.
A Tony Award-nominee, Settle was backed by a diverse choir for her rendition of the Best Original Song nominee “This is Me,” the signature tune from “The Greatest Showman,” in which Settle played the bearded lady. The song (written by Benj Pasek and Justin Paul, who won the Tony Award for their score for “Dear Evan Hanson,”) did not win the Oscar.
So what is everyone talking about? You can watch Settle’s emotional performance on the Oscars.com website.
[http://oscar.go.com/video/oscars-2018-highlights/keala-settle-performs-this-is-me]