Most people might have slowed down by now. But Mary Higgins Clark is decidedly not most people. With more than 50 best-selling books to her credit (100 million copies of her thrillers are in print in the United States alone) and a new novel, I’VE GOT MY EYES ON YOU, just released, the “Queen of Suspense” is still on the move. In fact, this Bronx-born denizen of Saddle River, N.J., produces two books a year.

Clark, who celebrated her 90th birthday on Christmas Eve, always makes time for her many (many) fans and will put her pen down long enough to be recognized by her fellow writers. For her “distinguished service to the literary community,” the Authors Guild Foundation on May 16, 2018 will honor Clark, along Fulcrum Publishing’s Charlotte and Robert C. Baron, and Vida: Women in Literary Arts.

Beyond her prodigious and well-received work, Clark has been an indefatigable supporter of the FRAXA Research Foundation, a Massachusetts-based non-profit leading the way into research of Fragile X, the most common inherited form of autism.

Clark indulged our own (resident Clark fan) Carol Beggy in a few questions about her work, her fans, and her philanthropy.

CB: Mary, if I can be so bold as to call a literary hero by her first name, how do you do it? Specifically, you’ve continued to write books that resonate with readers when other authors would have taken their winnings and retired to the beach or the mountains.

MHC: Yes, call me Mary. It’s very flattering that readers have enjoyed my books over the last 43 years. I am at heart a storyteller. That’s what I do. I’m not much of a cook, although my five children did not starve to death. I can’t sew a stitch. Nothing I planted in the garden grew properly. So, what would I do all day if I didn’t write? I hope I never find out!

CB: Are your fans really as loyal as they seem? I overheard two people waiting at the airport, one was reading one of your books, and the conversation involved them first trying to not ruin any plot lines and then debating various stories you told. Do they engage you about your stories? How do you keep it all straight?

MHC: I have been blessed with many readers who say, and they mean it, “I’ve read every one of your books.” We’ve had a relationship that’s lasted over 40 years. I love it when readers tell me my book kept them up until 2:00 in the morning. It’s also great when they tell me which of my books is their favorite. It’s gratifying that their answers are many different titles.

CB: Even within the industry, you have a large following of fans. I have been at Book Expo, the annual publishing industry trade show, and when you are doing a signing the editors, librarians, other authors in attendance “fight” for a spot in your line. (You and James Patterson get that same treatment.) Does it ever surprise you or make you pause that you’ve achieved a kind of rock star status?

MHC: I can honestly say I am living my dream. I know so many people who are wonderful writers who can’t make a living doing it, who get very modest contracts if they can get published at all. I must share a story from the old days. The first book I wrote was a historical novel on George Washington. Its title was ASPIRE TO THE HEAVENS. This was 1968. I would go around to the few bookstores that carried it and volunteer to autograph the copies. In those days the stores could not return a signed book for credit, so every signed book meant a sale. I made a pact with God. If I ever become famous, I’ll never refuse a request to sign a book. I’ll always remember that a signed book meant a sale.

CB: I have a Little Free Library (one of those take a book, leave a book, swapping stations) in front of my house. Your books, any time or format, are among the fastest moving. I put one in the Library’s shelf and it is gone. I even saw an older man take one telling me that he loves to read your books, but people give him a hard time. Has it ever surprised you to learn that someone was a fan?

MHC: My publisher tells me that about three quarters of the people who buy my books are women. But I’ve been delighted to hear from so many men who became readers when their wife, girlfriend or mother insisted that they give my books a try.

CB: As new audiences find you, do you ever want to go back and re-tell a story or re-do a book? 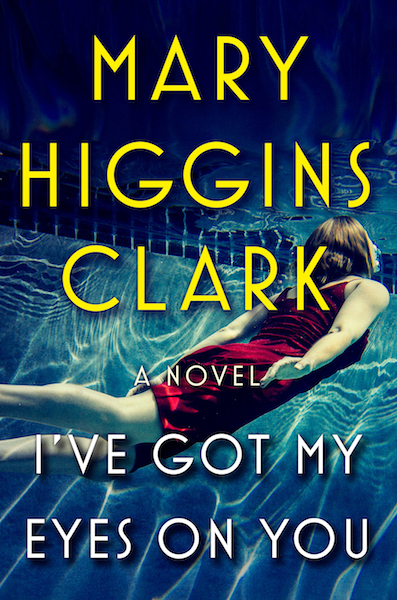 MHC: Not really. Whenever I finish a book, I say, okay, I’ve told the best story I can possibly tell. The only time I have regret, and maybe that’s too strong a word, is when a lot of readers tell me they figured out early on who the killer was, and they were right. I remember in one of my early books I introduced a character who was expert at imitating other people’s voices. That skill makes people very uncomfortable, and they immediately suspected him. I try to keep readers guessing, but when the killer is revealed, I want the reader to agree that there were clues along the way that built a case for this person to be the killer. Nobody likes an ending that comes out of left field.

CB: I understand your son Dave plays an important role in your writing. Can you tell me about that?

MHC: Dave started working with me about five years ago. In the beginning he was doing research and handling my email correspondence with my editor. I developed arthritis in my hands and typing became difficult. I started dictating to Dave. He would bring back what I wrote with some suggestions on how things might be said differently. They were good. It quickly evolved into talking plots and characters with him and the results have been very good. Dave came up with idea for my current book, I’VE GOT MY EYES ON YOU.

CB: Now to the non-writing work that you and your family have dedicated yourselves to: advancing research toward improved treatments and a cure for Fragile X, which affects your grandson. What’s the most important thing people who have not been directly affected by this genetic condition should know about it?

MHC: It’s not always obvious that a child has Fragile X, so if you see a child who is having a hard time – anxious, afraid. having a meltdown – it’s quite possible that they are doing the very best they can. But despite challenges, most people with Fragile X are very friendly and love humor.

CB: Fragile X has been a cause close to your heart. Tell us why it’s so important to you?

MHC: There are so many worthy causes and diseases to be cured, but the impact is greatest when it hits close to home. When my grandson was born, his parents quickly became aware of a relatively new organization called FRAXA Research Foundation. Almost 30 years ago, shortly after my grandson was diagnosed, Katie Clapp and Mike Tranfaglia came to my house, shared the story of their son Andy and how they were devoting their lives to finding treatments and a cure. I was so moved that I pledged $1 million to FRAXA and I hosted a fundraising gala in New York City.

CB: You and now so many members of your family are big supporters of FRAXA Research Foundation. Could you tell us a little bit about FRAXA?

MHC: FRAXA is a national 501c3 nonprofit founded in 1994 in Newburyport, MA. FRAXA’s mission is to find effective treatments and a cure for Fragile X, the most common inherited cause of intellectual disabilities and autism. To date, FRAXA has invested over $27 million into cutting edge biomedical research, yielding discoveries that are changing the lives of families coping with fragile X.

CB: Of the many FRAXA fundraising parties/events you’ve attended, tell me about the one when your granddaughter Elizabeth gave a remarkable speech, “This is my brother”, about her brother David who has Fragile X.

MHC: I thought it was remarkable. Elizabeth has always been so wonderful in how she has gone out of way include her brother in every facet of her life. I’ll never forget her line, “I judge people by the way they treat my brother.”

CB: How can people help?

MHC: There are two ways people can help. Research is expensive. FRAXA is such a worthy cause. And the research they are doing is making a difference in the lives of those affected by Fragile X. There’s another way the relatives and friends can help a family with a child who has Fragile X. Many of them are so good about minding the kids so the parents can have a break. What they should also consider is the sacrifice that siblings of Fragile X kids make. If you can take care of the child with Fragile X while the family and the non-affected siblings have a chance to do an activity together, that is so helpful. We should remember that the siblings of kids with Fragile X are really special, too.

4 thoughts on “THE QUEEN OF SUSPENSE”