UCLA THROWS A PARTY AT THE JAZZ REGGAE FESTIVAL 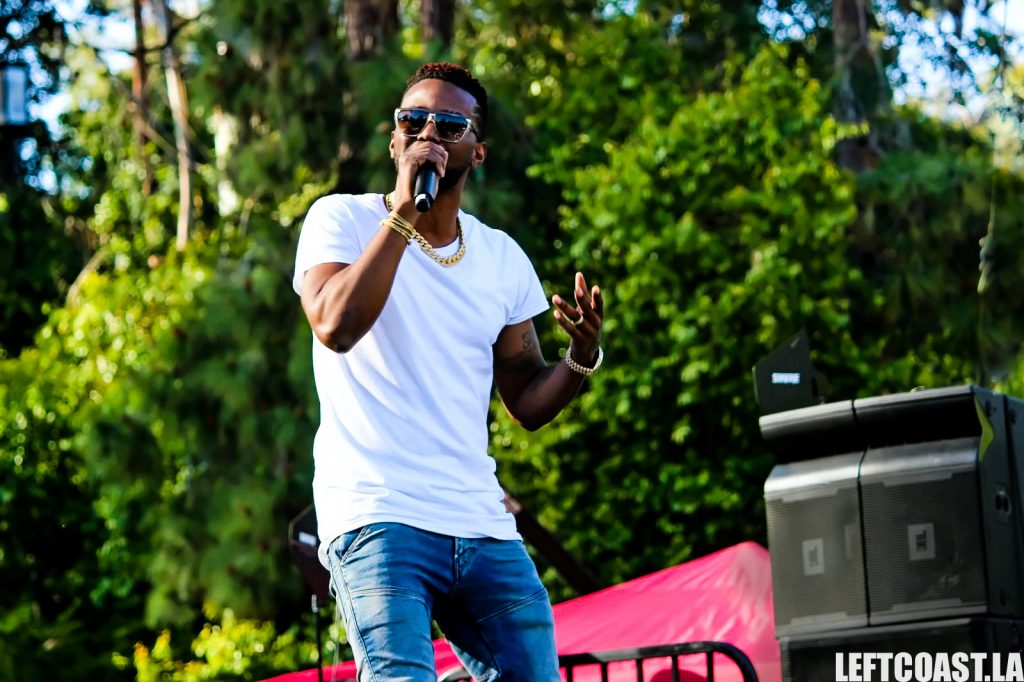 Monday, May 28th the UCLA Cultural Affairs Commision celebrated the 32nd anniversary of their annual Jazz Reggae Festival. The festival was held at the UCLA Sunset Recreational Center and sponsored by Coca-Cola and Playfull. There were live performances from Half Pint, Charlotte Day Wilson, Sahara Grim, Jamila Woods, Global Soul Collective and an amazing performance by headliner Konshens and the Submachine band. In between acts, DJ, QBwoy was spinning the hottest tunes in hip-hop reggae and top 40’s while the crowd sang along.

The food vendors had their work cut out for them but they handled the large crowd gracefully. My two favorite vendors were “Flavors of East Africa” and “Unforgettable Lemonade” the combination of the two was to die for. We also visited the craft booths where we got a chance to talk to Ronnie Skin Care Daddy, the founder of LosAngelesOilsAndButters.com. Ronnie had a lot of products containing black seed oil, which happens to be an immune system booster that I am obsessed with.

The Jazz Reggae Festival launched in 1986. Throughout the years the JRF has brought in many respected artists such as Erykah Badu, The Roots, Damian Marley, Common, and many more. The JRF always strives to create a cohesive and welcoming space for students and the greater Los Angeles community. This year LeftCoast.LA was there and it didn’t take us long to feel at home. Between the spot-on staff and the lively crowd there was not one ingredient missing! This event was cooked to perfection.

￩ ￫ x
If you enjoyed this article, please consider sharing it!