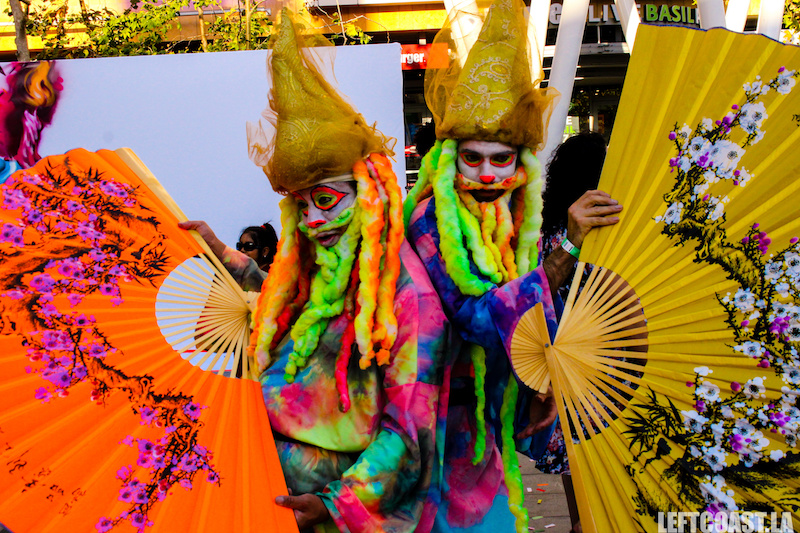 LOS ANGELES – L.A. Live, the entertainment complex with a 40,000-square-foot, open-air plaza that features giant LED screens as well as a red-carpet site for special events, celebrated its 10th anniversary on June 8 in Microsoft Square.

A press conference, hosted by ESPN co-anchors Neil Everett and Stan Verret, kicked-off the festivities while the chemistry between the two filled the outside space with positive energy.

The press conference concluded with a special performance by the Conga Room Foundation’s “Conga Kids.” Once the Conga Kids were done wiggling their little hips to “Hound Dog” by Elvis Presley, Wolfgang Puck surprised us with the grand finale—a three-foot tall, tiered birthday cake designed especially for the occasion.

For the past 10 years L.A. Live has hosted more than 204 million guests and 15,000 events, including 93 award shows, 125 movie premieres, 1,700 sporting events, and more than 2,000 concerts and live events so it’s no secret why L.A. Live is Los Angeles premier sports and entertainment district.

Happy Birthday LA Live and we at LeftCoast.LA wish you many more!