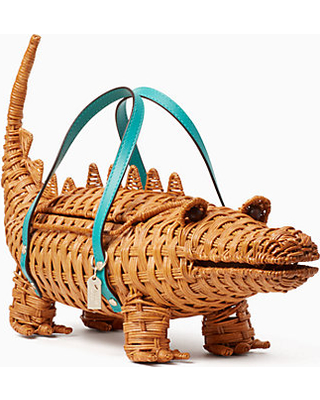 When the news broke on Tuesday that trailblazing fashion genius Kate Spade had died the reaction was immediate.

Locally, public relations veteran Chris Haynes, who like so many was caught off-guard by the 55-year-old Spade’s apparent suicide, posted on line of his shock and sadness. For Haynes it was personal. He oversaw the 1999 opening party for Spade’s Newbury Street boutique while working directly with Spade and her husband, Andy.

As outlets around the world looked for photographs to accompany the stories, many chose the image from the now-defunct Stuff@Night of Spade in Boston in front of a wall of her most colorful handbags. “Out of the millions of Kate Spade photos out there in the Universe, Getty Images shared three pictures and SOMEHOW one of them is from our Boston store opening,” Haynes wrote.

Boston Fashion Week founder and executive director Jay Calderin posted a simple black and white photo of Spade taken by Thomas Iannaccone with a Wendy Mass quote: “Be kind, for everyone you meet is fighting a hard battle.” Kate Spade (December 24, 1962 – June 5, 2018)

Styleboston’s Tonya Mezrich wrote up a piece outlining her thoughts on Spade’s passing. (And we got her to let us use some of photographs of her with Spade bags.)

“RIP Kate Spade. Your life was, oh, too short. Your whimsical designs gave my husband something to look forward to when choosing gifts for the various holidays: birthdays, Valentine’s Day, Christmas, Chanukah, you name it. I think my first bag of yours was the pink T-Rex. Who buys dinosaurs for their wives? He saw it in the store and insisted on getting it. It brightened so many peoples’ day each time I wore it to an event—the Hot Pink Party, Valentine’s day, there were so many occasions for a fierce pink T-Rex to attend.

“My list does not end there. A Russian nesting doll hardwood clutch made its way into my collection, too. A Russian name that I cannot pronounce and do not even attempt to, but indeed a whimsical nesting purse with a little doll pouch inside as well in typical Russian nesting fashion. Kate, oh, Kate you were so creative. But my favorite of all your bags is the limited-edition wicker gator. He scared many a diner as we sat al fresco in Miami eating dinner at Michael’s Genuine. Those Floridians are so used to seeing gators, I was surprised he made one yell sitting upon a side table at the outdoor patio, peeking his head out of the nearby shrubs.

“You will not be forgotten. You got your last name from the brother of comedian David Spade, I didn’t know this until now, but to me you were your own spade, a jack of all trades and one that will be sorely missed.”