When I found out recently that New-York-based designer Gary Graham was going to be doing a trunk show at perennial favorite Stel’s, I strutted my stuff over to Newbury for a chat. While we browsed his SS11 collection together, I quizzed the womenswear designer on his early influences and growing up in a small city. Much like his clothes, I found Gary to be easy-going and even subdued, but peppered with subversive references and a sly sense of humor. By the end of an hour, I left with a platonic crush and, naturally, an over-oversized italian cotton white button-down that will be worth every package of ramen I eat this month.

Full Q&A after the jump! 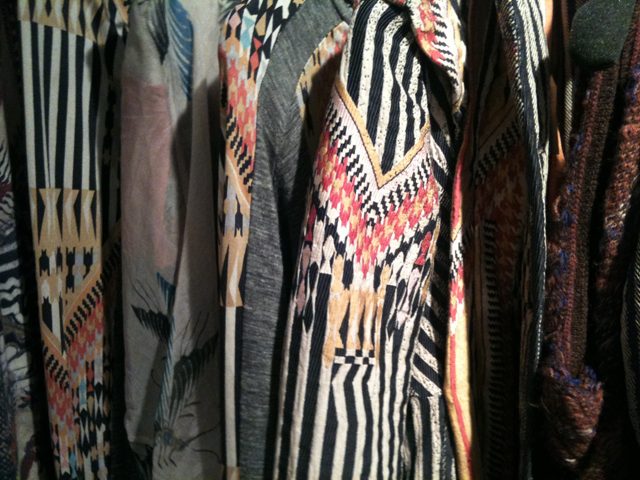 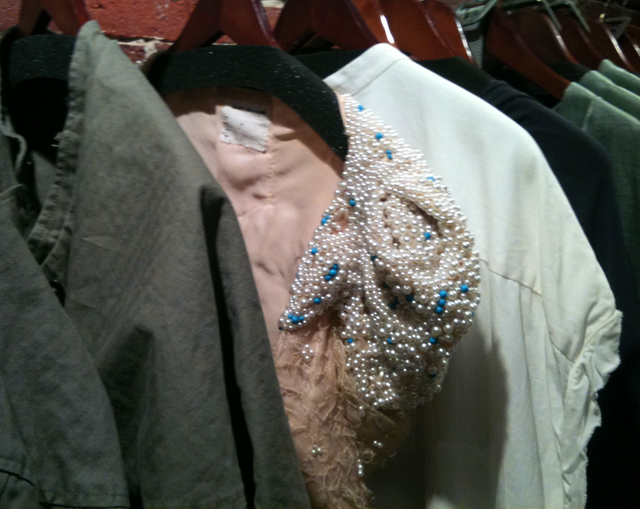 BRIGID NASTASIA: Who is the Gary Graham woman? I’m sure there are many, but if you had to describe her…
GARY GRAHAM: There are many. The most important, common thing is that there might be a little nostalgia with clothes but there is definitely no preciousness. You have to be a little bit free; if you dress up or dress down, it has that same feeling. Clothes were made to free her and support her creativity.
BN: You are one of the few designers who uses darker shapes and draping who still isn’t overtly goth or “witch haus”.
GG: I think that’s interesting, because that’s always part of my roots, that goth sensibility because it’s how I grew up. But how do you move that forward? Because it’s always part of me and you know, I was obsessed with Vincent Price when I was little, and I went and saw him lecture…
BN: What a voice to hear a lecture in!
GG: That’s always part of what I do, but who does that woman become? Aleister Crowley and all these people, how does that manifest later because it’s been explored so much?
BN: I recently made a joke about Aleister Crowley doing an H&M collaboration because even the preps are all wearing black skinny jeans now and it’s like, “oh, instant cool.”
GG: It has become a real uniform! When I was in high school, I was all part of that. I remember sneaking into a Wiseblood concert by draping black lace over my face.
BN: The satanic nun look! So your bio says your background is costume design and textiles?
GG: I went to the Art Institute of Chicago. There was a point where I wanted to either go into costume, or go into fashion. When I came to New York I worked for a costume production house and for [Ed: theatre and film director] Julie Taymor. Then I decided I wanted to do my own thing in my own style, and with theatre and film, well, at the time I thought that there were few things where you could do your own thing. So I started working for [Ed: fashion designer] J. Morgan Puitt; she did a lot of garment dying and was very inspired by Walker Evans. Now I just make up my own stories; my theatre, this theatre of real life and connecting to the customer who buys your clothes and wears it, that’s what fashion became to me.
BN: You’re from Wilmington, Delaware. It strikes me as similar to Boston in that it’s not immediately known for its burgeoning fashion community. What are the undercurrents there that are inspiring?
GG: I think it’s a good place to get out of. Always inspiring. [Both laugh] It’s like any small town.
BN: And I guess your sense of rebellion was developed by that “outsider” feeling…
GG: Definitely; there was something about being on the east coast that shaped my formative years, but someplace like Providence probably would have more, thinking about HP Lovecraft or something like that. I don’t know if there’s really anything like that in Wilmington.
BN: You’re based in New York City now; how long have you been there for?
GG: Since probably 1991.
BN: New York completely blew my whole perspective on people in general and the way the world operates. It’s such an amplified version of what you get elsewhere. How do you think that changed your sensibility?
GG: New York has a lot of different scenes and pockets, and it can always be what you want it to be, which is amazing. I mean as romantic as it can be, it has this really practical side and mean side, and… yeah, smacks you across the face.
BN: …and likes it.
GG: I guess you have to be sort of a masochist. I think it’s all in good spirit. How long did you live there?
BN: Almost 2 years. I don’t know if I would ever want to live there again, honestly. I’m ready for the beach…
GG: The beach? To me, that’s the one culture I can’t get into, the sun and beach culture. It is so foreign to me, the leisure thing.

I am pretty sure my beach blanket days are years ahead of me, so in the meantime I will continue to cloak myself in Gary Graham’s thoughtfully constructed designs. I recommend you see the styles and their detail for yourself at Stel’s, 334 Newbury St, Boston. 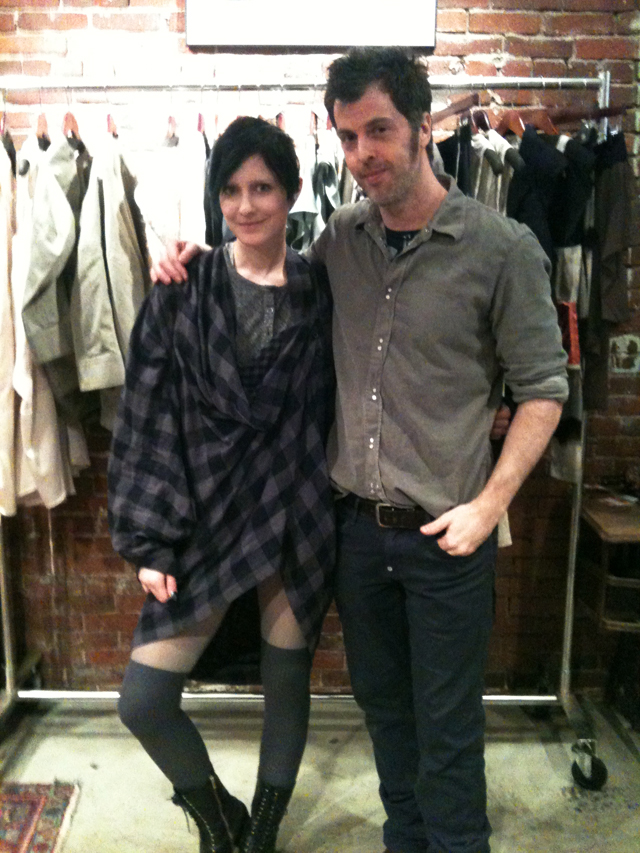