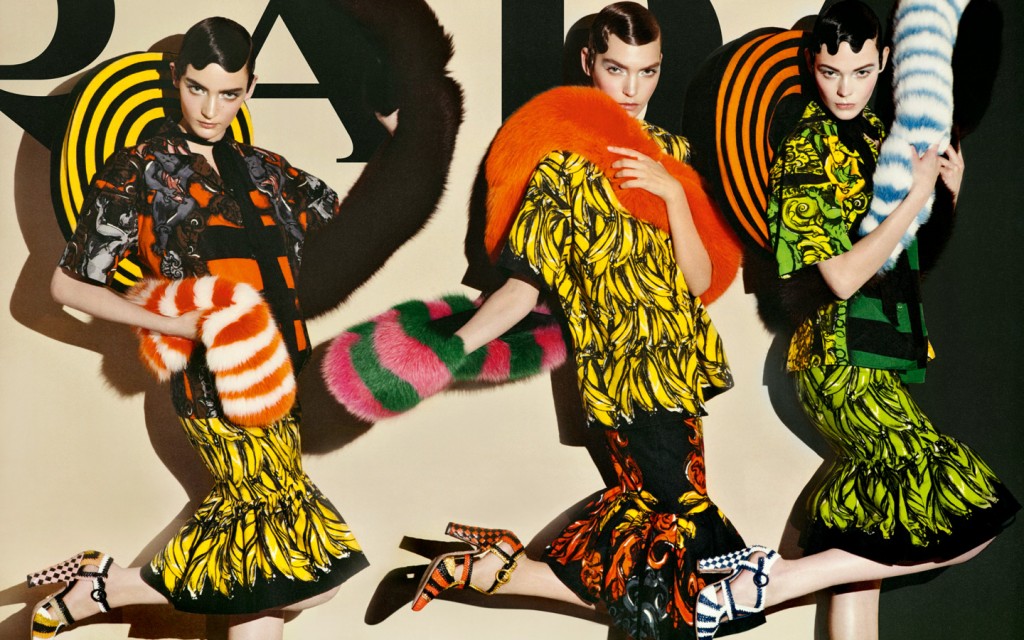 “My idea is always to avoid nostalgia.”

Easy for you to say, Ms. Prada. WWD reports that sales for the label were up over thirty percent this past year, to a figure over 2.7 billion dollars.  Staggering.

Consider that she is all but a god of her industry, universally revered and unfailingly praised as the designer whose unique vision decides, for both consumers and the rest of her contemporaries, where fashion is headed.

That said, much like Balenciaga, the collection, as seen from the front row, is hardly the major moneymaker for the label; rather, it’s the accessories, the shoes, the identifiable if indistinct handbags, the fragrances, and well, the nine million other margin-hogging moving parts that bring in the cash.

To that end: What did you think of the recent collection, with its tooled-leather, baroque-inspired sneakerpumps, basketwoven multi-colored mary janes, and mind-numbingly wild prints? Is she really the singular beacon the fashion pundits (myself included) make her out to be﻿ , or just ballsy as all hell?

And are these necessarily different things?