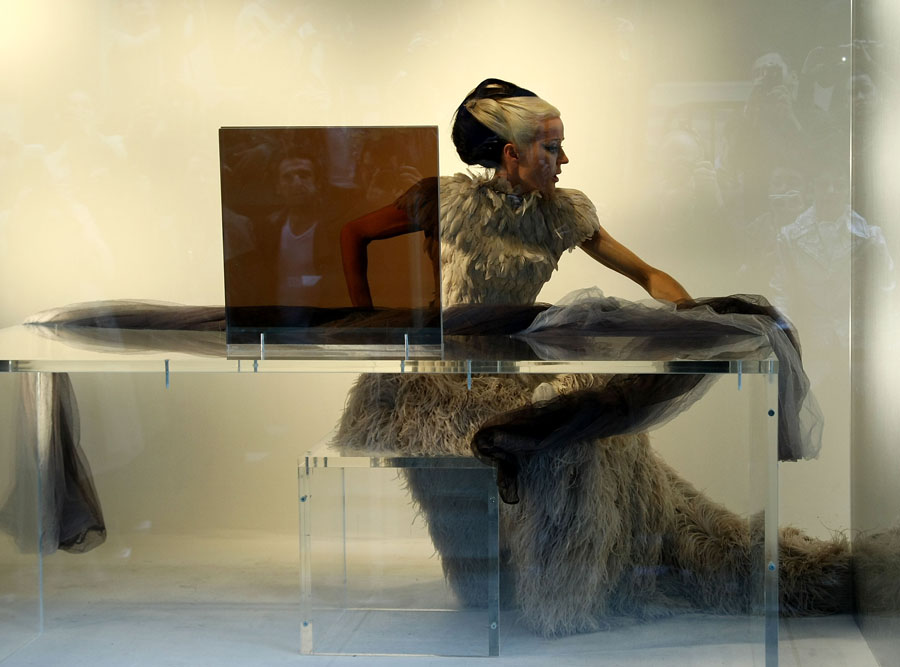 [Daphne Guinness getting ready for the Gala in a Barney’s window… Why not?!?]

It was McQueen Mania at the Met last night, as the Costume Institute celebrated the designer and his body of work in their annual fundraising fête.

But the mania was well deserved, if regrettably posthumous. Few designers accomplished what McQueen accomplished with his work: an artistry that transcended his medium and lived purely in the world of fantasy, but that embodied so thoroughly what the rest of the world of designers and luxury giants are perpetually blathering on about: clothes that are, at their core, aspirational.

Master Milliner Philip Treacy said of the maelstrom at the Met:  “[McQueen] wouldn’t have come…”

My personal favorites, after the jump. [Clearly, Guinness is a goddess in McQueen, and as per usual completely overshadowed the myriad others who could only pay their lesser homage to Lee…] 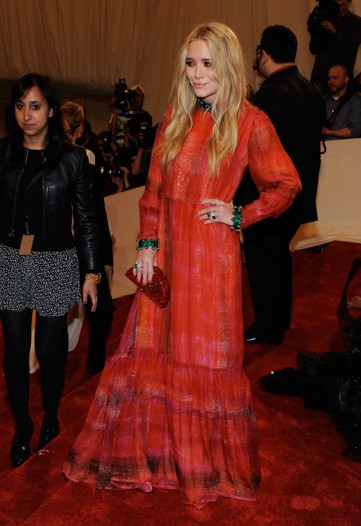 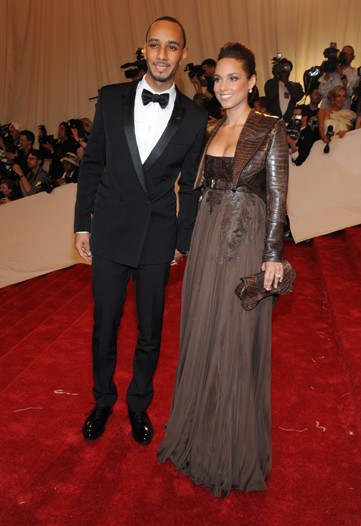 Alicia Keys, in Givenchy, and her husband-y-thing. 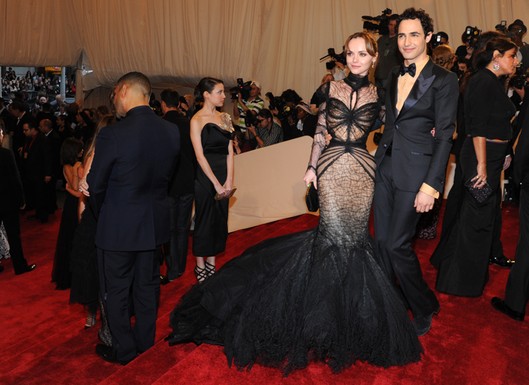 And my absolute favorite: Christina in Zac Posen, with Zac Posen.  The only actress who took a real risk with her dress, and what a wonderful, wonderful result. THAT WAISTLINE. It should also be noted that she’s rather petite, but here looks eight miles high… LOVE.