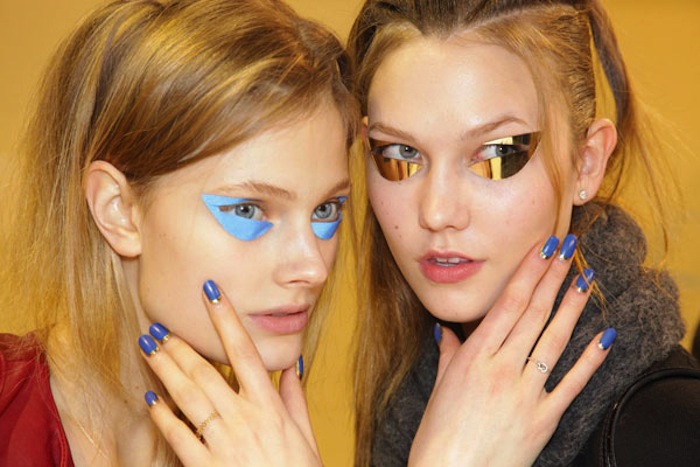 Gareth Pugh is collaborating with MAC for a limited-edition makeup line, to be launched globally in November.  Just how Pugh will translate his macabre Haute Goth aesthetic into a collection for one of the most mainstream cosmetic companies in the world remains to be seen, but the very idea makes for some interesting hypothesizing.

Pugh, the young protégé of the inimitable Rick Owens, is known for breaking boundaries over the course of his six year’s worth of collections. And though his work has previously been restricted to a monastic, monochromatic palette, his recent F/W ’11 collection showed his first dive into ‘color.’ The highlight? A cobalt blue cape that sailed off the back of the model like a brilliant wave.

The collaboration is said to emphasize Pugh’s preferred palette–black, grey, white–but we’re hoping for a brilliant flash or two of color. Keep your eyes peeled this Fall for some dark and depraved makeup–the kind you thought only existed in your most beautiful of nightmares.