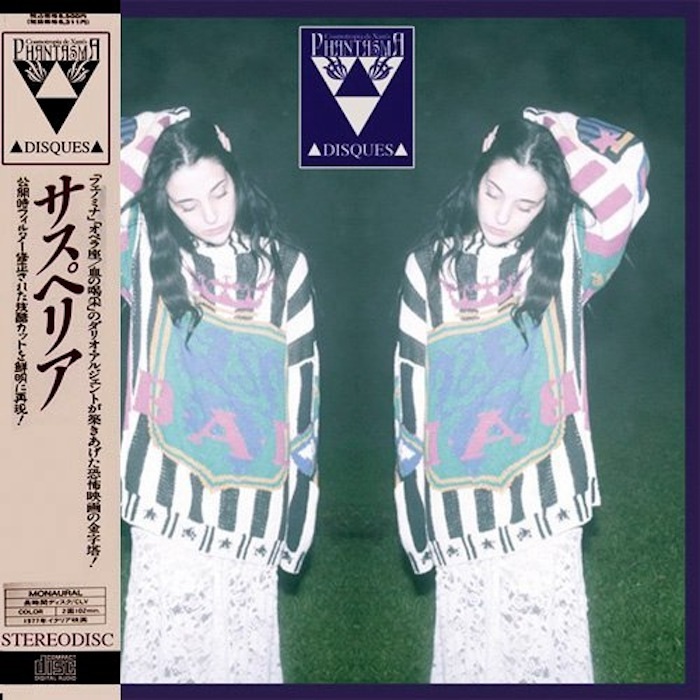 It may not yet be a mainstream music movement, but Boston is birthing its own personal brand of Witch house. Aren’t familiar the with genre or the artist? I sat down with one the major players in the movement, the mysterious Xavier Gath of GL▲SS †33†H, to discuss the origins of the genre, his recently released CDR, and why being “sick” of triangles is so 2K10.

PB: So first things first, can you tell me why is your latest release is merely called, “CDR”?
XG: Whoops, I knew I forgot something!

PB: Haha.  You know what they say, better late than never.  So what got you interested in Witch house?
XG: It was unconscious.  The planets aligned and these are the aural entities that left my body and entered the ether.  I am nothing more than a vessel.

PB: Wow, that’s deep man.  So what does your music do for you personally?
XG: My music gets me off… I really don’t know what else to tell you.

PB: What is your favorite song on the album?
XG: Come on.  That’s like asking me to choose between my children… my own flesh and blood!  But if I had to make a Sophie’s choice (heh), I’d keep ‘Pony’ and gas the other 5 tracks. For me, it moves beyond witch house into a new realm.  Pony is dreamy, poppy and emotional—a direction I’d love to go with some of my stuff.  Furthermore, ARC’s vocals really just kill it on that one.  It was an honor to collaborate with him.

PB: Tell us about the role of aesthetics and design for the Witch house scene?
XG: I think the music I make (and that of some of my contemporaries) is very cinematic and lends itself to visual accompaniment. The songs have worth on their own, but when paired with the right visuals they explode into a new dimension.  I am currently in the process of fine-tuning videos for the new CDR, but you can check out our existing work at youtube.com/claws4days.

PB: An aside: are you sick of triangles yet?
XG: Being “sick” of triangles is so 2K10, I’ve already moved to hating rhombi.

PB: How about some influences?
XG: Nine Inch Nails, Oakenfold, Future Sound of London, The Field, Gatekeeper, Deftones, The Knife, Paul van Dyke, Sasha and Digweed.  And Britney’s new stuff, for sure.  My girl’s killin’ it!

PB: Plans for the future?
XG: We are working on getting our live debut ready for the fall.  We hope to play a bunch of shows around Boston/NYC and eventually play some Europe dates.  Just trying to score a vat of liquid nitrogen for the fog machine and a slue of virgins to sacrifice. Keep an eye out for me will you?

PB: I might be able to help you with the liquid nitrogen! Any other muses? Other than the virgins, of course.
XG: My cat Felix, a.k.a. Pitten.

PB: With Witch house we are truly witnessing the burgeoning of a scene that was said to die out in 3 months or less.  What do you personally think will ensure your music will leave a lasting m∆rk?
XG: I’m just doin’ me.

You can download the new CDR HERE, and expect to see a lot more of GL▲SS †33†H in the coming months!

2 thoughts on “PARTY TIL YOUR T33TH FALL OUT”