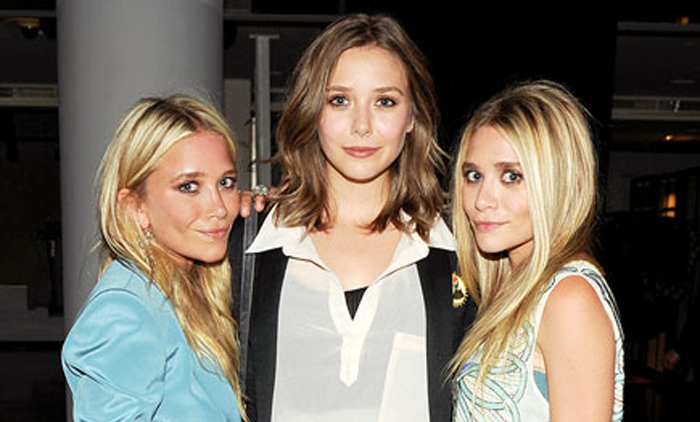 By now most of you know the brand moniker “Elizabeth & James” is a reference to the Olsen Twins’ brother and sister.  So it’s strange that while the label is all but ubiquitous, we’ve seen very little of the ‘other two’ Olsens. Until recently, that is. As if the two pint-sized dynamos weren’t enough to inspire feelings of gross inadequacy…

MK & Ashley, never one to miss a PR beat, trotted out their beautiful sister from whatever gilded stall they’ve kept her in for the launch of  their newest addition to The Row: a handbag collection. I’m guessing they were hoping to distract from the ticket on their crocodile back pack, which comes in it at a oh-you-kn0w-chump-change $39,000. It was a smart move, but I’m on to you, Olsens.

Sticker shock or no sticker shock, the collection is quite impressive. Classic, structured designs rendered in beautiful exotics. Sleek enough for the fashionfolk to covet, and streamlined enough for their more discreet monied clients. I’m willing to wager the line will be the hottest thing since over-sized Arthur-the-Aardvark sunglasses.

That said, I can’t get over the $5,000 opening price point. Yes, you read that right. For a collection whose homage to Hermès is anything but subtle, the prices seem a bit… premature. Hermès was established in 1837. The Olsens were born 25 years ago.  Who is competing with whom here?

Maybe I’m just cranky, knowing I won’t be able to afford one of these lustworthy creations any time in the immediate future. Handbags aside, it’s safe to say Elizabeth Olsen isn’t going anywhere. Which leads me to wonder what would happen were the sisters to form… a triumvirate.

What would a backpack cost THEN?