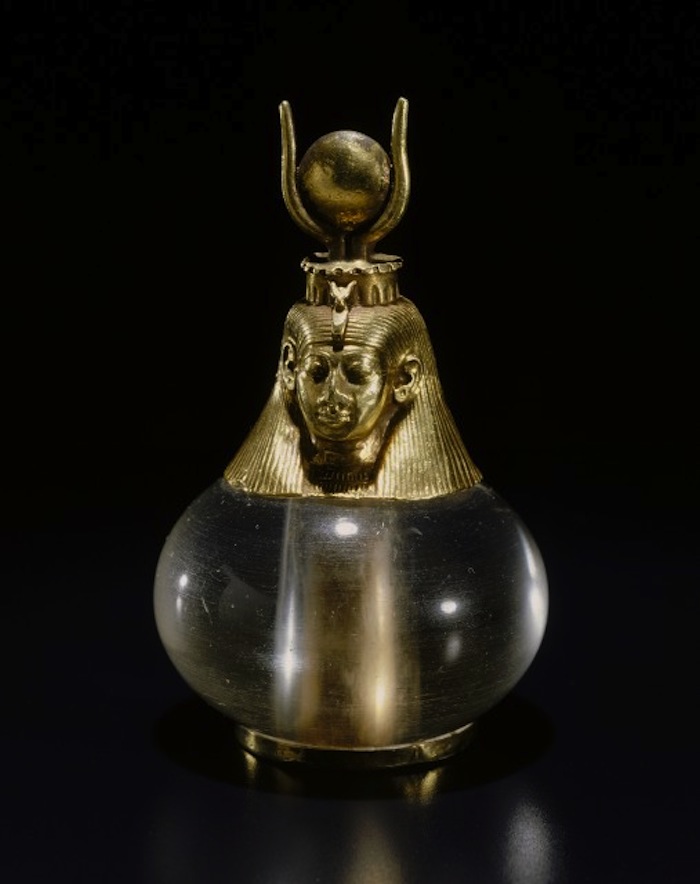 Just opened at the Museum of Fine Arts is Jewels, Gems, and Treasures: Ancient to Modern.   The exhibit will be in the new Rita J. and Stanley H. Kaplan Family Foundation Gallery, a gallery devoted purely to jewelry exhibitions.  The perimeter of the room is lined with lush jewelry and adornments, punctuated in the middle by a large glass case in which lies a chest.  This intricately filigreed chest is covered with the richest golden amber, each piece ensconced lovingly within its setting. The whole exhibit was lit wonderfully, allowing each piece to glow, sparkle, and shine.

The concept for the show was to query our understanding of what is rare and valuable, and showcases jewelry made from a vast spectrum of materials – everything from shells and feathers to multiple carat diamonds.  That means, in moving counter clockwise around the room, we see a transition from organic materials commonly found outdoors to semi-precious and precious stones, and then another metamorphosis into jewelry that doesn’t have worth due to how many carats the diamonds are, but how thoughtfully made the piece was.

While many entering the show were immediately drawn to the diamonds, a small Nubian pendant with a gold-cast head of Hathor draws my attention.  It sits and glows regally, flanked by other Nubian ornaments.  Reputedly it is the only one of its kind, since most of the smaller items in these Sudanese tombs were heavily looted.  The pendant is said to be imbued with magic, and is used to protect the wearer against maleficent energies. Hathor seems aware of his worth; smugly sitting atop the clear stone, “size is not everything,” the small head seems to say.

Moving on through the exhibition, diamonds sparkle alongside deep amethysts, and one can see how severely cultural differences shape the aesthetics of jewelry-making.

Perhaps the most conceptually intriguing piece was at the end of the show, where a bangle with a large sphere of gold is coated in a thick layer of rubber, obscuring any of the precious materials used for its creation.  Thus the worth of the bracelet is unbeknownst to all but the owner.

Jewels, Gems, and Treasures: Ancient to Modern will be on display until November 2012.