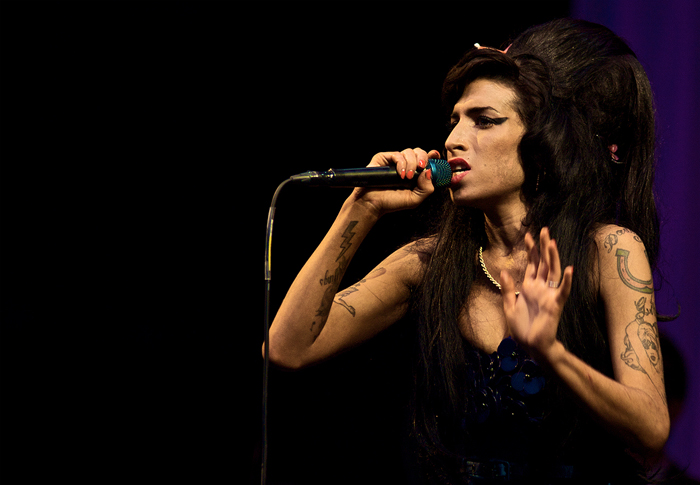 Upon learning that Amy Winehouse, the BritPop/Nouveau R&B sensation, had passed away this weekend, I expected to mourn the untimely loss of another talented, troubled young artist. But I didn’t.

What I did experience was an intense sort of anger: at the media, at her fans, at the millions of people coming out of the woodwork to express their great sadness over her passing. I was and am angry because so few will accept what should be obvious: Amy Winehouse dying of a reported overdose is not a shock. It was the more likely of only two possible conclusions of years of alcoholism and drug abuse: sobriety or death.

Amy’s skeletons had long been dragged from the closet. Hell, the record that put her on the map was an unabashed ballad to alcoholism, to her refusal to seek help or even accept it from those who understood how desperately she needed it. Fans who valued her talent should have been troubled by Back to Black. They weren’t.  Instead, her sophomore album was her greatest success to date, spawning a slew of hits whose central focus was always Amy’s alcoholism.

Rehab, that catchy-Marc-Ronson-produced number, was practically a rallying cry for the functioning-alocholic-Fraternity set, an anthem for all those who refused to be ruled by their parents, their friends– by a wisdom greater than their own experience. It was a damn good tune, yes, but Amy managed to imbue it with a pathos beyond its production values. Largely because the pathos existed in her. Largely because she couldn’t hide her troubles were she to try.

Then we, the public, watched her stumble through the initial success, then the litany of relapses, like it was fodder for just another good watercooler laugh. ‘Did you see that picture of Winehouse passed out on the sidewalk? Yeah, man, she was straight-up GONE. Crazy.’ Her performances were even more difficult to watch: Amy stumbling around on stage, hardly singing, losing her lyrics left and right. She was a tragic caricature. We all watched. We all talked about it.  The same newspapers which published awful photographs of her many falls from grace are now asking ‘why’? Frankly, it pisses me off.

I do not mean to suggest the public has a responsibility to its artists any more than I would suggest an artist has a responsibility to its public. But I cannot suffer that the same culture which brought Amy success at the hands of her problems and then made a mockery of her as she continued to struggle through them, sans overproduced backing track, is now somehow up in arms over her death. We all know how it happened, and we all knew it was going to happen. To pretend otherwise is delusional, if far more convenient for our consciences.

Put it this way, the next time you or I go to sing Rehab at some awful karaoke bar with a bunch of our drunk friends, let’s remind ourselves of the real tragedy here: when Amy sang that song, she meant it. And it killed her.