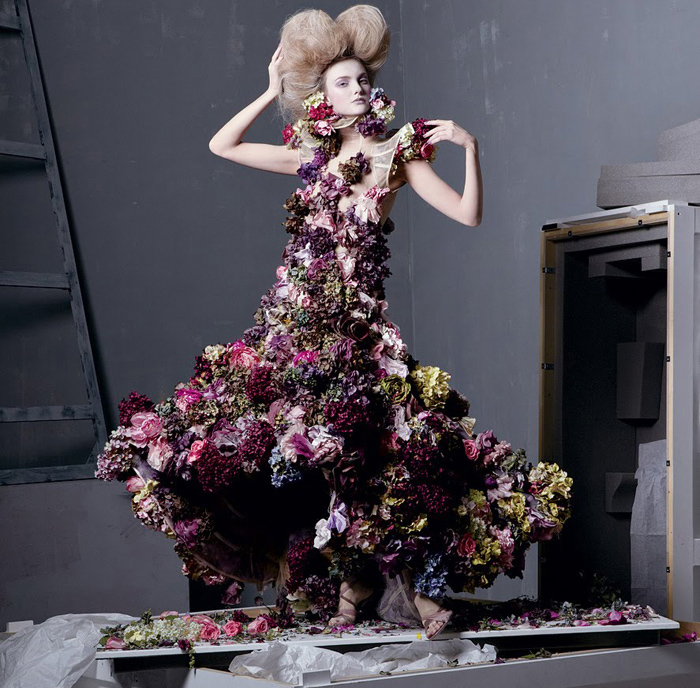 We’ve waited, and it is here. No, we still have weeks to go before New York Fashion Week Spring 2012 and we must hold on yet one more day to see our local favorite, David Chum, wow Heidi Klum and friends on the season 9 premier of “Project Runway.” Sadly, I’m referring to the will of the great, late fashion designer Alexander McQueen…

The designer left the remainder (and majority) of his £16 million [$26 million] estate to his charity, Sarabande, named after his Spring/Summer 2007 collection best remembered for look number 46: an English country garden-style dress made entirely of fresh flowers. He requested that some of the money be used for scholarships at London’s Central St. Martin’s College of Art and Design, his alma mater.

McQueen’s will serves as further reminder that there is much to be missed in his passing: his impact on the world of fashion and his unbridled artistry, of course, but also, his compassion and his generous heart.