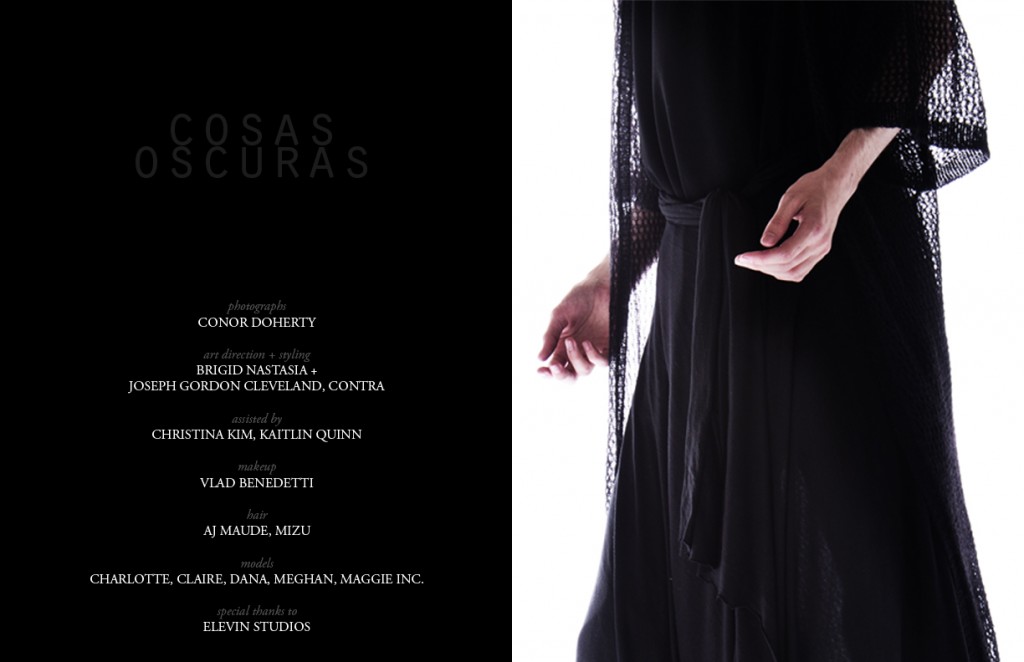 For the premiere of StyleBoston’s third season, I partnered with an all-star team to bring you what I consider to be one of the best Fashion Forward features to date: a behind-the-scenes look at our Fall 2011 editorial shoot.

I’ll admit, as a whole this F/W season was wildly underwhelming for me.  Throughout the shows in February, it seemed as though designers were reacting to continued buyer hesitation by pushing aside designs that could or would have felt new and fresh. Instead, in concert they gave us collections that not only pandered to the last-standing dollar, but also diluted, with their severe safeness, the very essence of the brands which designers were scrambling to save from financial woes. Gone were the idiosyncratic signatures of each designer–the differences that distinguish one brand from another–and in their stead was a mild sea of sameness. The waves advanced but never broke, and if they ever reached the shore, well, I must have missed them from where I was standing.

As a result of this conciliatory consensus among designers, the editorial pages of America’s major fashion tomes–Vogue, Elle, W, Harper’s Bazaar, Marie Claire and the rest of their ilk–were chock full of predictable features hailing the neoclassicist revival as the next best thing since the no-carb diet. “Finally, designers have come back to reality and created sensible collections that every woman, in every city, in every country, of every shape, of every age, can wear!” Never mind that no fewer than twenty designers brought you nearly the same pencil skirt silhouette. Never mind that you most likely already own that very silhouette and have for over a decade. These are clothes you can buy, said the editors. And though seeing that tired phrase over and over again definitely annoyed me,  I could hardly blame them. After all, designers lose money when their more outlandish pieces don’t sell and their retailers scale back their seasonal buys. Designers losing money = designers having smaller advertising budgets = designers spending fewer advertising dollars with America’s paragons of print.  Either way, it was clear: the buzzword of the season was buy buy buy buy buy, and it was repeated ad nauseum.

My word was somewhat different: bored.

Of course, I enjoy a somewhat rare position: we at styleboston maintain a pretty strict separation between our sponsors and our editorial coverage, so I’m not beholden to tell you to buy buy buy buy buy whatever’s sitting on the racks at your nearest boutique or department store. That, frankly, just isn’t my thing. If you already have it, you probably don’t need another, and if we’re being honest with ourselves, you don’t actually need any of this. But fashion, at its best, is an incredible form of escapism, a bit of fantasy that you can put on and take off as you see fit. By my estimation, when a design hits that mark, it’s always a worthy investment.

All that in mind, the team and I selected our favorites from the Fall 2011 season for this feature. That labels like Comme des Garçons and Proenza Schouler made it onto that list is to be expected,  but there were certainly a few surprises, too: a diaphanous cocktail dress from Christian Siriano, for example. The designer himself dubbed the tulle confection the “ChaCha” dress because of the way the skirt floats and sways away from the body as you move, and frankly, who could resist a dress that makes you want to dance until you drop? I mean, damn, even I was tempted to purchase the thing, and I don’t wear dresses (they don’t fit) and I hate dancing (because I can’t dance).

All kidding aside, I hope you’ll take a few moments to peruse the feature, Cosas Oscuras, and maybe, just maybe, remember that while fashion is a serious industry, it is not serious business. Consider some of fashion’s most historic moments… In 1947, Christian Dior rebelled against post-World-War-II fabric restrictions by using over 20 yards in a single silhouette. It was a perfectly pedantic whim, but in the process he débuted the revolutionary New Look. Yves Saint Laurent fantasized about a modern power woman, slick and in control. That fantasy manifested itself as the Le Smoking tuxedo. It was the first clear foray into menswear as womenswear, territory designers are still mining for inspiration to this very day. Or Savage Beauty, the Met’s Alexander McQueen retrospective, which not only drew record crowds, but was then extended, then sold over 20,000 new memberships as people vied to skip the four-hour lines. When it finally closed, the museum could hardly meet demand.  In short, a little fantasy goes a long way.

And for those who wonder at my admittedly pretentious title, Cosas Oscuras, I’ll come clean: the phrase was plucked from one of my favorite lines of Pablo Neruda’s verse, “Te amo como se aman ciertas cosas oscuras…” I won’t bother translating it because, hey, this is the digital age. You, like me, have google.

So take it in, love it, hate it, burn it (difficult through a computer screen, but I admire persistence!). And, as always, please feel free to leave your feedback in the comments section.