If you’ve ever watched Weeds you’ve probably (a) fallen in love with Andy Botwin and/or (b) developed a rapport with Botwin’s band of merry potheads who span all ages but seem to all share the soul of a 15 year old dude.

The concept of “age appropriateness” is constantly being subverted, redefined. In one episode, Andy’s actually reading this bookRejuvenile by Christopher Noxon which documents the phenomenon. “Once upon a time, boys and girls grew up and set aside childish things. Or so the story goes. Nowadays, adults buy cars marketed to consumers half their age, dress in schoolyard fashions and play with their children in ways adults of previous generations would have found ridiculous. Most have busy lives and adult responsibilities.They are not stunted adolescents. They are something new: rejuveniles.”

Which brings me to this NY Times article I read this morning – “What Is It About 20 Somethings?” While Noxon’s focused on adults who get progressively younger, Henig’s article focuses on the flipside: the 20 somethings who never seem to age. While the show skews a bit older in demographic our blog gets hits from people of all ages, so I thought I’d pass it along. Beware: It’s an impossibly long case study which is totally fitting but mostly intensely aggravating. xo heather 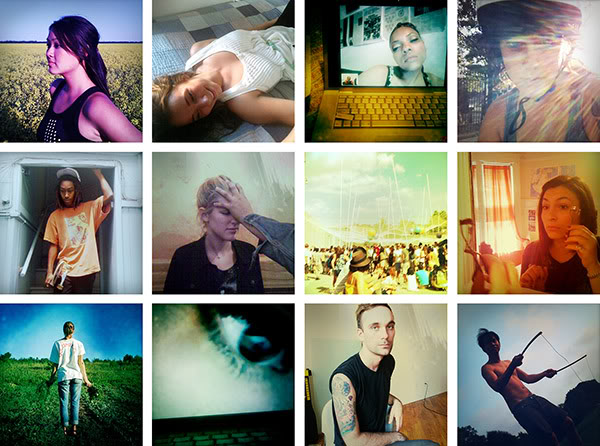 This question pops up everywhere, underlying concerns about “failure to launch” and “boomerang kids.” Two new sitcoms feature grown children moving back in with their parents — “$#*! My Dad Says,” starring William Shatner as a divorced curmudgeon whose 20-something son can’t make it on his own as a blogger, and “Big Lake,” in which a financial whiz kid loses his Wall Street job and moves back home to rural Pennsylvania. A cover of The New Yorker last spring picked up on the zeitgeist: a young man hangs up his new Ph.D. in his boyhood bedroom, the cardboard box at his feet signaling his plans to move back home now that he’s officially overqualified for a job. In the doorway stand his parents, their expressions a mix of resignation, worry, annoyance and perplexity: how exactly did this happen?

It’s happening all over, in all sorts of families, not just young people moving back home but also young people taking longer to reach adulthood overall. It’s a development that predates the current economic doldrums, and no one knows yet what the impact will be — on the prospects of the young men and women; on the parents on whom so many of them depend; on society, built on the expectation of an orderly progression in which kids finish school, grow up, start careers, make a family and eventually retire to live on pensions supported by the next crop of kids who finish school, grow up, start careers, make a family and on and on. The traditional cycle seems to have gone off course, as young people remain un tethered to romantic partners or to permanent homes, going back to school for lack of better options, traveling, avoiding commitments, competing ferociously for unpaid internships or temporary (and often grueling) Teach for America jobs, forestalling the beginning of adult life.

The 20s are a black box, and there is a lot of churning in there. One-third of people in their 20s move to a new residence every year. Forty percent move back home with their parents at least once. They go through an average of seven jobs in their 20s, more job changes than in any other stretch. Two-thirds spend at least some time living with a romantic partner without being married. And marriage occurs later than ever. The median age at first marriage in the early 1970s, when the baby boomers were young, was 21 for women and 23 for men; by 2009 it had climbed to 26 for women and 28 for men, five years in a little more than a generation.

We’re in the thick of what one sociologist calls “the changing timetable for adulthood.” Sociologists traditionally define the “transition to adulthood” as marked by five milestones: completing school, leaving home, becoming financially independent, marrying and having a child. In 1960, 77 percent of women and 65 percent of men had, by the time they reached 30, passed all five milestones. Among 30-year-olds in 2000, according to data from the United States Census Bureau, fewer than half of the women and one-third of the men had done so. A Canadian study reported that a typical 30-year-old in 2001 had completed the same number of milestones as a 25-year-old in the early ’70s.

The whole idea of milestones, of course, is something of an anachronism; it implies a lockstep march toward adulthood that is rare these days. Kids don’t shuffle along in unison on the road to maturity. They slouch toward adulthood at an uneven, highly individual pace. Some never achieve all five milestones, including those who are single or childless by choice, or unable to marry even if they wanted to because they’re gay. Others reach the milestones completely out of order, advancing professionally before committing to a monogamous relationship, having children young and marrying later, leaving school to go to work and returning to school long after becoming financially secure.

Even if some traditional milestones are never reached, one thing is clear: Getting to what we would generally call adulthood is happening later than ever. But why?

More at the source.