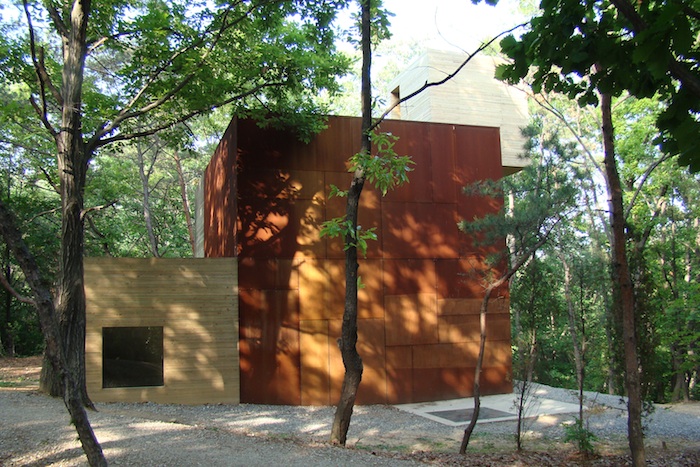 Outside of Seoul, Korea, lies a house that is unique from the typical buildings you would see dotting the Korean landscape. Built by the Finnish architect Sami Rintala, The Element House winks down at visitors from atop a forest park in the city of Anyang, and operates as a secular temple paying homage to each of the four elements: water, fire, earth and air.  A cavernous cube that supports its four elemental limbs is the anchor for this man-made sanctuary, and each separate room highlights one of the aforementioned elements.

The park lies in a river valley that has long been a treasured Buddhist retreat.  Colored concrete forms a bed for incense, and guests may feel free to rest in the building, enjoy lunch, or just sit and clear the mind while contemplating the scenery.

The Elements House is a rumination on how a building could stand in as the polar opposite of the corybantic dynamism of a city such as Seoul.  Its purpose?  To remind us that beauty can most easily be found in nature, and that silence of the mind is as powerful as thought. 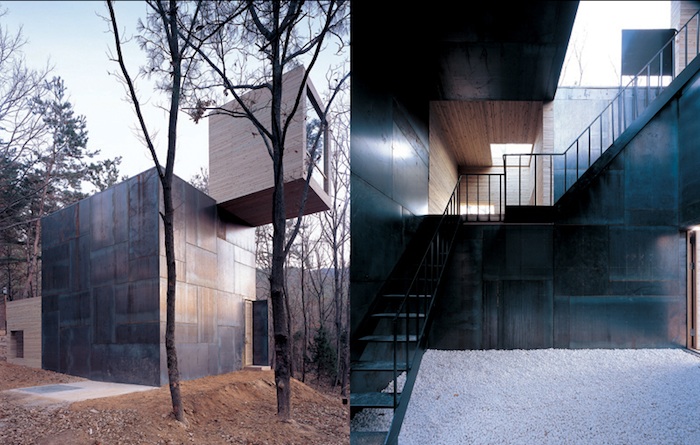