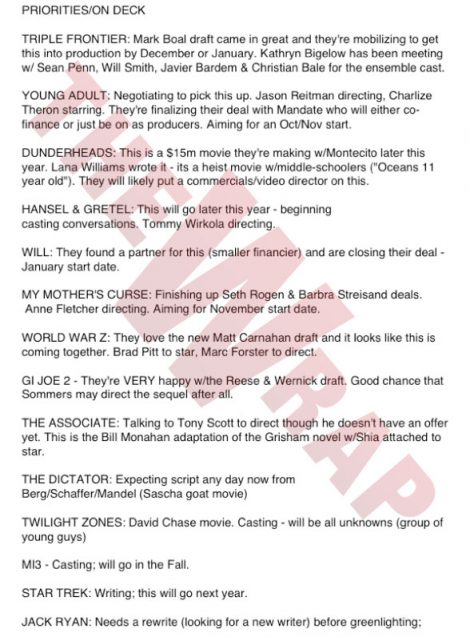 I know this seems totally hoaxy but, according to thesource, “a Paramount spokesman told TheWrap “It has some correct information and some inaccurrate information.”

So, basically it’s all true and Paramount’s being shamed by (a) its awful memo service (those things should be under lock & key!)  (b) its awful pitches. Seriously, read this for a laugh.

J.J. Abrams has an idea to turn the popular kissing game 7 Minutes in Heaven into a thriller about two teens who enter a closet and emerge only to find all of their friends dead.LOLWUT?

Though, I have to say I’m intrigued by a Seth Rogan/ Barbara Streisand union. xo