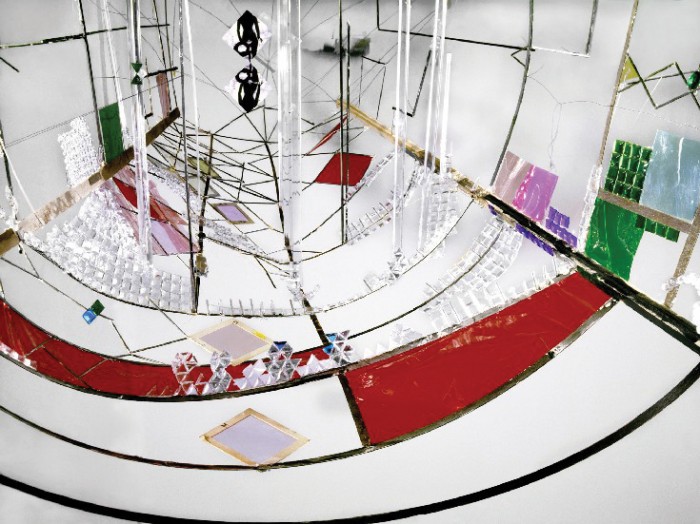 In a world where Facebook holds 10,000 times more photos than the Library of Congress and the amount of pictures we take in two minutes surpasses the number of photos the whole of humanity took in the 1800s, it’s hard to say that the meaning of a photograph isn’t changing. With applications like Instagram and Picnik growing at an unstoppable rate, the art of photography is transforming rapidly (and not for the better, some may say). Telephones. Sunglasses. Latte foam. Practically everything is being photographed these days, leaving many to wonder if the very significance behind “good” photography is deteriorating.

That’s where Abstract Photography steps in.

Using a combination of techniques, photographers at the deCordova Museum in Lincoln, MA have decided to challenge the current photography trends by trading in Photoshop for traditional photographic practices. Through “non-representational” pictures, abstract photography aims to “detach and abstract the visible from the real,” thus creating an image that is both visually pleasing and perplexing at the same time.

Starting May 26th, 2012 and going through April 21st, 2013, the deCordova Museum in Lincoln will be featuring a variety of abstract photographers in its new exhibit Second Nature. The collection will be available in four galleries and will include works from Yamini Nayar, Daniel Phillips, Jennifer West, and more.

Now let’s discuss this on a less serious note. This is not a Jackson Polluck type of work (which is often criticized for being easy and “not real art”). Abstract photography is more than just an amalgam of psychedelic images overlayed on one canvas. Abstract photography experiments with dozens of mediums in hopes of returning the meaning to this artistic practice. In other words, it’s pretty darn difficult and it deserves more respect than some girl on Instagram who does nothing but upload pictures of her fingernails.

So drop that camera phone and head over to deCordova to experience some real photography before it gets buried under Facebook photos and cat pictures.