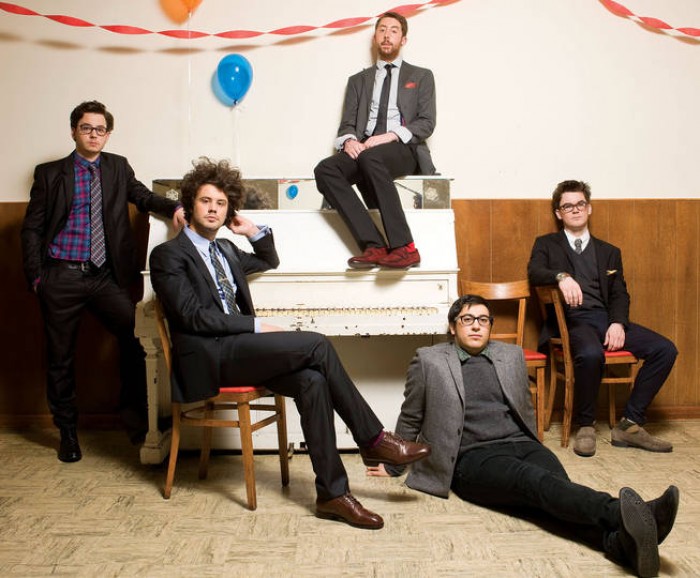 Does anything bad ever come out of Cambridge, Massachusetts? I’m starting to think there’s some sort of conspiracy going on because everyone and every thing that emerges from that little Boston city turns to gold, including the band Passion Pit.

This alternative-pop boy band (a term which I use very lightly because N*Sync is also a boy band and to lump Passion Pit into the same category as Justin Timberlake would be like comparing apples to oranges or Oprah to Michael Cera) originally found their roots in Cambridge, Massachusetts. Michael Angelakos, lead singer of the group, launched his music career on accident after a belated Valentine’s Gift, a 5-song self-produced CD, to his girlfriend began circulating throughout his Emerson College campus. Others began to join Angelakos in his quest for music mastery until Passion Pit was born.

So what’s the big deal? Bands form all the time and a lot of them have significantly better names. (Although I’m looking through my iTunes list now and Flo Rida? LMFAO? Fun? I may have to revoke my previous statement.) But listen up: Passion Pit is not your average music group. With synthesizers resurrected from 80s pop songs and a wide array of computer-generated noises that add a quirky edge to each selection, Passion Pit redefines the meaning of “alternative” music. Not to mention the glass-shattering falsetto riffs and recognizable indie-based vocals that are infused into every song.

If you’ve never heard of Passion Pit (or even if you have) and you want to know more, do I have good news for you. On June 22nd, this electropop phenomena is coming to Boston to the Bank of America Pavillion! For just 30 dollars, you could see this groups of guys up close and personal. Real up close. Like, you will probably be able to see their sweat and maybe even the blackheads on their faces, if you’re lucky. But if that’s not convincing enough, Passion Pit will be sampling songs from their new, UNRELEASED album in addition to the current fan favorites. That’s right. You will get to hear songs that have not graced the ears of any other alternative-pop music geek. You could be ahead of the curve. You could even brag on Twitter if you wanted to. Go ahead. I won’t stop you.