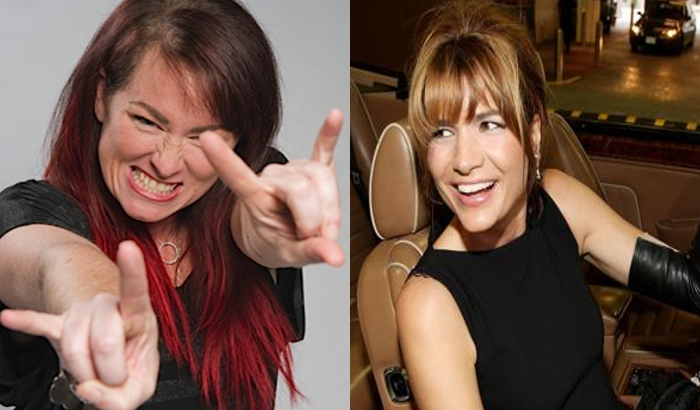 At styleboston we’re all about being at the cutting edge – so expect nothing less from season four. Meet two new fabulous and fresh women straight from the music and film industries we brought on to cover topics they know best.

The first; meet Kennedy Elsey, host of radio show host on Mix 104.1’s “Karson and Kennedy.” She has proven herself as karaoke goddess, road trip adventurer, sky diving diva, shoe lover, generous philanthropist and fiery redhead. But our favorite Kennedy… the new host of our styleboston’s “Music Mix,” a segment that provides Bostonians an insider’s look into the city’s eclectic music scene and famous names that dominate the music industry around the country.

Born in Richmond, Virginia, raised just outside of Chicago and a 3-year resident of Germany, Kennedy is no stranger to the culture and lifestyle of all kinds. As a graduate of the theater and psychology programs at Drake University, Kennedy is a natural born entertainer and when she is not busy with dominating radio and television, she can occasionally been heard singing the Nation Anthem for Boston’s favorite sports teams.

Next up – this leading lady is a triple threat: actor, producer and model. Hold that thought – triple threat no longer, Christy just added television host to her list. Taking on her next role as host to styleboston’s new “Back Story,” a segment giving viewers an exclusive look into the men and women behind your favorite novels, feature films and plays, “Back Story” gives styleboston viewers the story behind the story.

You can take the girl out of the farm, but you can’t take the farm out of the girl, and that’s just the way she likes it. Raised in  North Carolina, Christy traveled to L.A. to pursue a career in film. At the age of twenty-four she wrote, directed, and produced a short film called “The Little Things.” The film went on to win several awards and was shown in over 40 festivals.

Christy made her way to New England and has grown into a central player in independent film community locally, and nation wide.. She has held fundraisers for The Boston Underground Film Festival, The Coolidge Corner Theatre, and The Longy School of Music, among others. She has hosted the Nantucket Film Festival which prescreened “The Kite Runner” and on the board of Joey Pantaliono’s organization, “No Kidding Me Too.” Christy has written three more feature length scripts and her latest, “The LOVE Guide” starring Parker Posey, is currently in production. She has been featured in over 20 major motion pictures, and with Whoopi Goldberg produced and starred in an animated short.

Welcome to styleboston Kennedy and Christy!