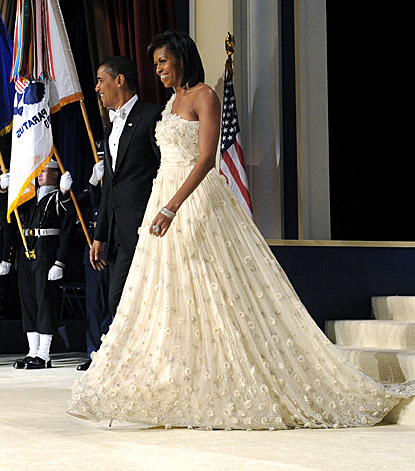 First Ladies have been prized and scrutinized for fashion choices all the way back to Dolley Madison’s gorgeous butterfly embroidered inaugural gown in 1809 –and Mary Todd Lincoln’s critiques who found her love of bold fashion was a little too much for the Civil War-era. All First Lady wardrobe choices have undergone public examination– from Nancy Reagan’s fiery red outfits to Jacqueline Kennedy’s pink Chanel suit to Michelle Obama’s red and black election night victory dress– as if a garment could ignite a war.

However, at a point when women are at the top of their game in the work force and in their personal lives, should we really be focusing so much attention on what our First Ladies look like?

Most of us can note that Mrs. Obama was involved with childhood obesity and military families for the past four years–even though it is way more fun to talk about her insane biceps and totally fierce inauguration ball gown she wore while dancing in the arms of her super handsome husband to Beyonce’s rendition of “At Last.” For many of the presidents’ wives throughout American history, they took their husbands’ election and created extraordinary breakthroughs for women, minorities, children, addicts, the sick, soldiers, the working class and more.

Although we can continue to embrace the evolution of White House fashion that has defined elements of cultural identities for many generations, let’s celebrate a few of the strong women who lead the country standing next to their presidential husbands. 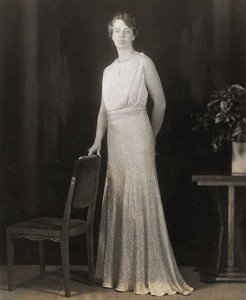 How she changed the world:

There is a reason why President Truman called her the “First Lady of the World.” In a time when most women were restricted to the four walls of their homes and the Great Depression left thousands starving and without work, Eleanor declared it her mission to fundamentally change society. Through her daily newspaper column and monthly magazine articles, she raised awareness and rallied support to overcome issues on unemployment, poverty, education and women’s rights. One of Eleanor goals was to promote women in the media so she hosted strictly female reporter-only press conferences to combat sexism in the journalism industry.  After FDR passed in 1945, her work still went on. She was appointed by the U.S. government to be the first delegate in the newly formed United Nations and drafted the Universal Declaration of Human Rights. 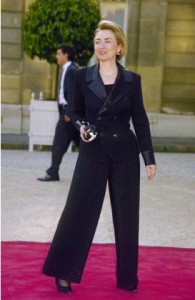 How she changed the world: She has senator and secretary of state on her resume but Hillary made her debut on the national stage as First Lady in 1993. Notoriously strong willed, Hillary was the only First Lady to have a West Wing office right in the middle of her husband’s senior staff offices so that she could be kept in the loop on political decisions. Her valiant attempts to pass revolutionary health care reform through the Legislative Branch eventually came up short but she never stopped pursuing ways to protect American families. Mrs. Clinton is responsible for the Adoption and Safe Family Act of 1997 and helping to create Department of Justice’s Violence Against Women office. 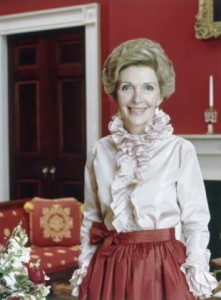 How she changed the world: In addition to being her husband’s confidant and respected advisor, Nancy speared headed the “Just Say No” anti-drugs campaign in 1980’s, which is still in existence today. After traveling the country on speaking tours of schools and drug prevention centers, the First Lady was invited by other first ladies from other nations to promote a global drug-free environment.