styleboston presents stylecampus—a seven week competition showcasing Boston- area students who leave their sweatpants at home to rock the trendiest outfits of the season. Each week, styleboston fashionistas will scout one university to reveal four of the best-dressed men and woman on their campus. At the end of the week, one stylish student from the school in the spotlight will be chosen as a finalist during styleboston (Sat. 1135 P on WBZ and Sun. 10 A on MyTV38). The week’s winner then moves onto Finals Week when the public votes for their favorite  fashion contender from each school.  The prize? We’re giving the ultimate stylecampus winner a chance to co-host a styleboston segment broadcast on WBZ-TV channel 4.

So get your style on Emerson College, MassArt, Northeastern University, Boston College, Tufts University and Boston University— we’re coming for you.

Week 1: Emerson College
Photos by Lindsey Davis from With an E Photography 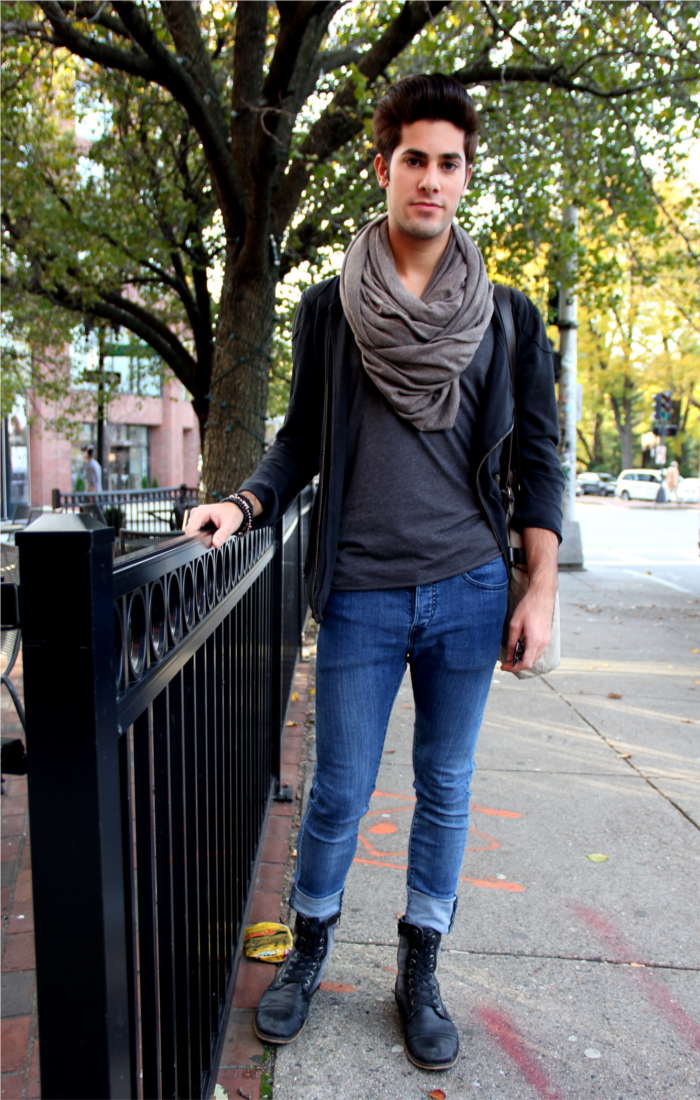 Why we chose Andrew: The combination of European and hipster-chic vibes created a tasteful, everyday look with edge. The t-shirt is just the right size while the denim is rolled up perfectly – which was the standout staple to this ensemble due to the fact it’s been done horribly wrong more often than not. Along with the styling up to par, the monochromatic color theme caught our eyes. Simple hues of grey, brown and charcoal make it possible to add bold statement pieces to your ensembles, like the infinity scarf and combat boots seen here. 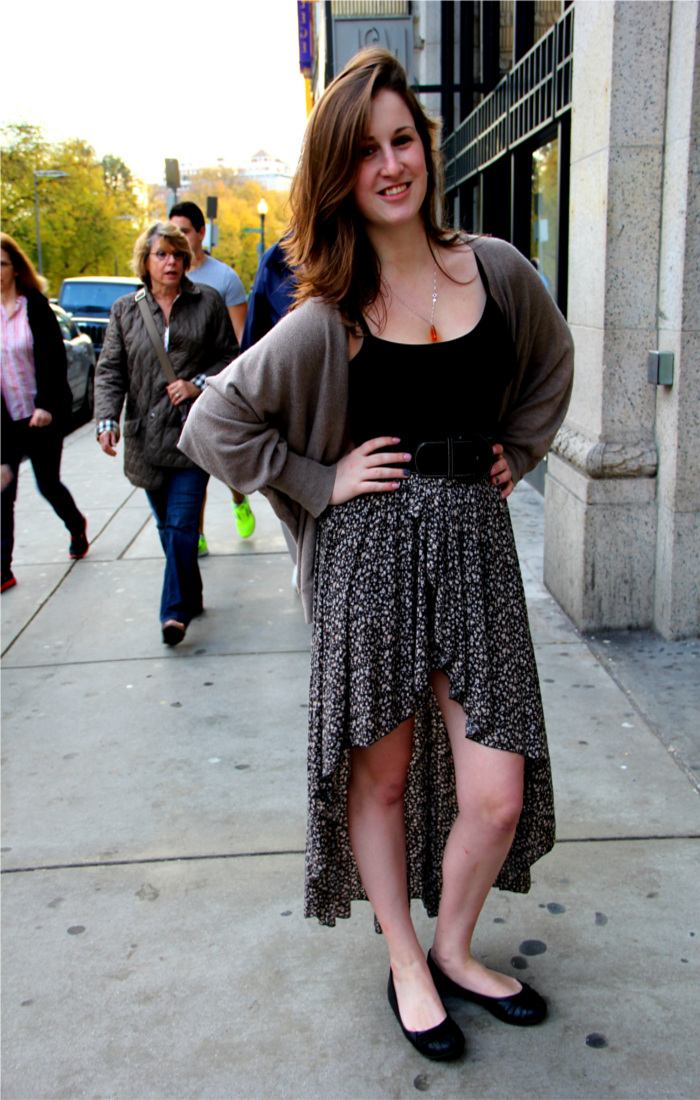 Why we chose Alex: The showstopper here is clearly the Mullet Skirt – the saying party in the front, business in the back has never been so correct. The irregular speckled pattern of brown and grey pops on the black backdrop and the cut of the skirt shows off the legs in a tasteful, fun fashion. With touches like the amber necklace, chunky black leather belt and traditional cardigan you have a statement ensemble that screams originality and fun. 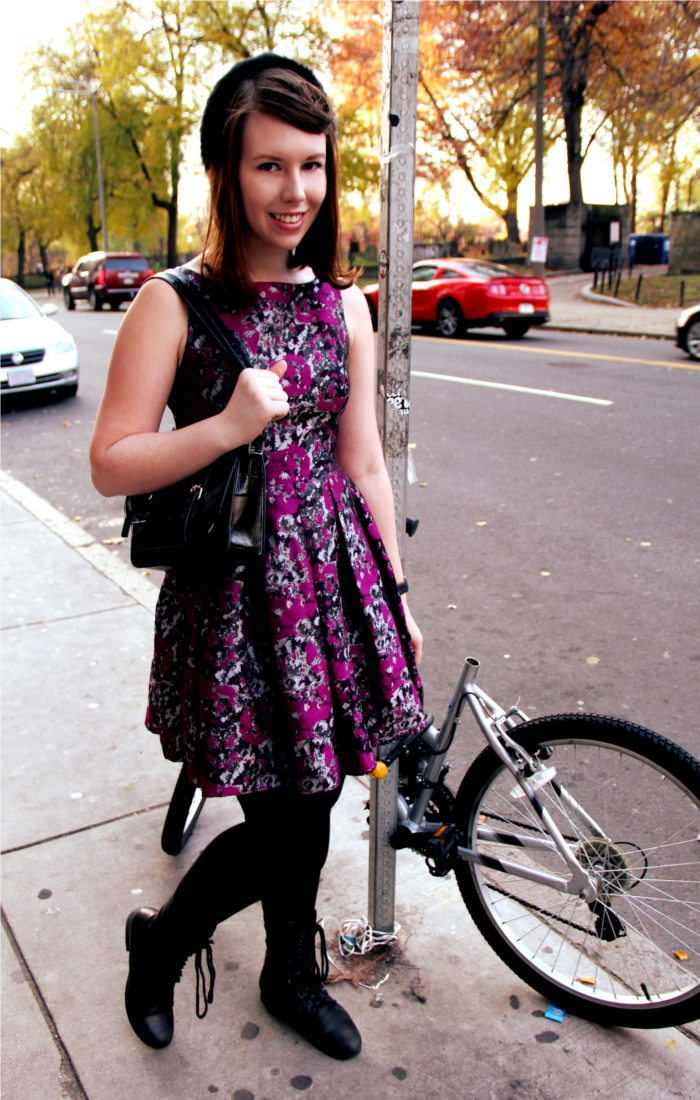 Why we chose Sarie: Parisian sophistication meets chic city school-goer. The color coordination here is flawless. The deep purple shines over the black backdrop that’s seen from head to toe, starting with the faux fur baret and ending with a badass flair. This getup could have been finished off with a delicate pair of black pumps or kitten heels and worked just lovely, but what’s great about it is the opposite – the combat boots which happen to be comfy to walk around on campus and gives just the right amount of edge to this soft look. 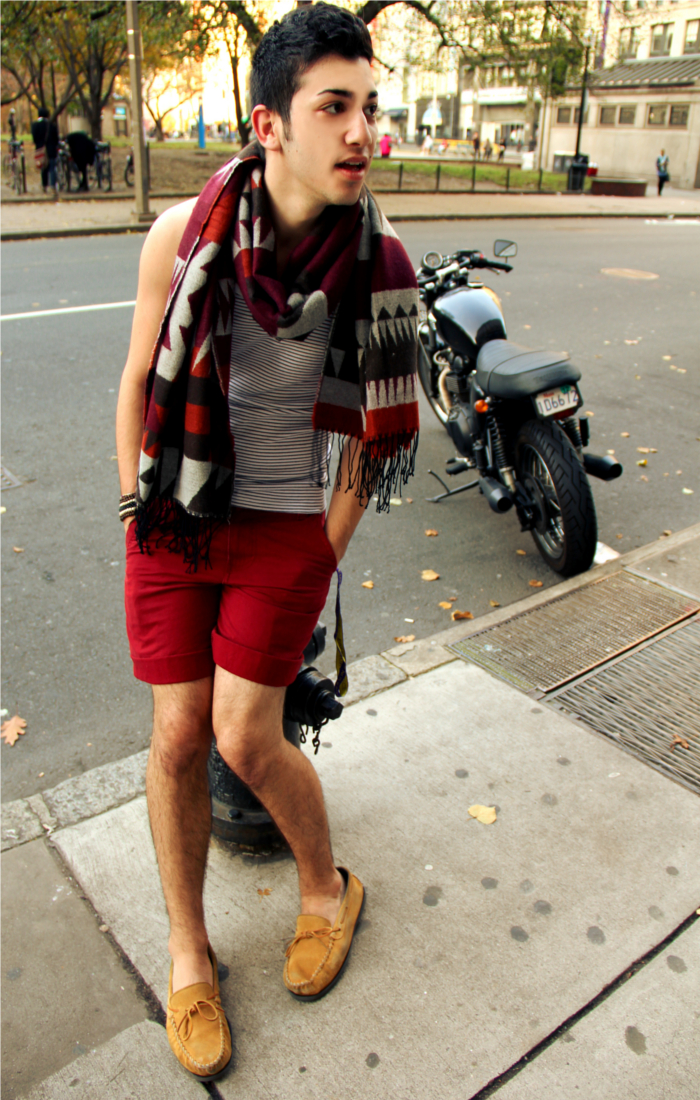 Why we chose Jared: A scarf with a tank top can be one of the silliest looks in fashion history, but then there’s people who can make it look they came straight from a shoot at Vogue. The black and red color scheme of this ensemble is a solid classic – though the brown loafers are what caught our eye. Intertwining black and brown can be tough because not every shade of brown works with black. But caramel color matches flawlessly with the deep reds seen here. The flashy Fair Isle scarf is definitely a statement piece and should be matched with simple items in the rest of your look – solid colors are a general rule of thumb. Though, a stripe tank like this can work.