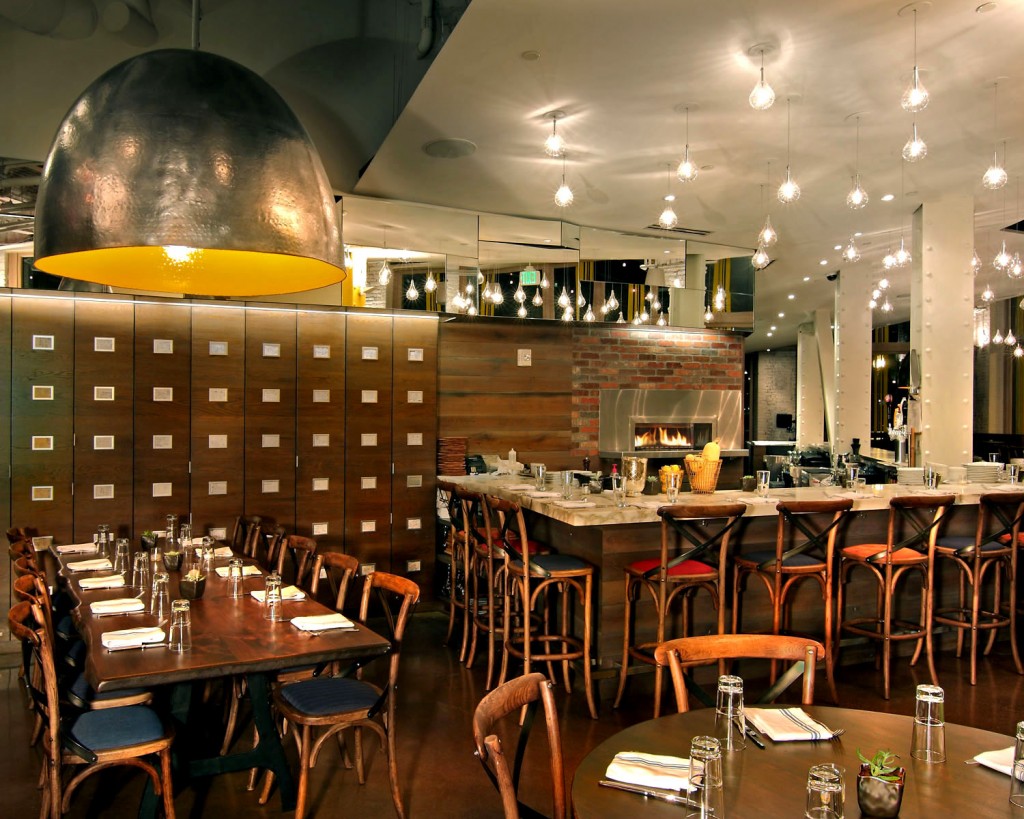 Perfecting a craft is a life’s work…especially when it has to be delicious.

The time has come that New Englanders are embracing (and craving for) the local underdog whose life’s work is providing the public with a game-changing palette necessity… craft beer.

Trade, the innovative restaurant co-owned by Rialto’s Jody Adams, has taken the opportunity to celebrate Boston’s latest revolution in what Bostonians are drinking and who’s creating it by founding Trade Craft— a beverage appreciation forum of sorts to bring enthusiasts and creators together at the same table for good conversation and great tastes.

The restaurant, located on Atlantic Avenue in Boston, invites one local brewer or distiller per month to share their knowledge and experiences with craft lovers. While they educate guests on their processes and inspirations, Trade Executive Chef Andrew Hebert whips up inventive (and scrumptious!) hors d’oeuvres to, even further, enhance the tasting experience.

Fried oyster and buckwheat waffles with spicy maple cream, anyone?

This month, Trade called upon Pretty Things Beer and Ale Project’s very own Martha and Dann Paquette to divulge in their passion for crafting craft brews. But don’t let that sweet name fool you. The couple knows their beer— already gaining a notable name for themselves among the local bar and restaurant scene with a re-imagined saison, Jack D’or.

What makes the Paquette’s exceptionally interesting and a true testament to the city’s erupting local craft beer appreciation culture—apart from their fantastic beer—is what happens before their beer even hits the bar tap. 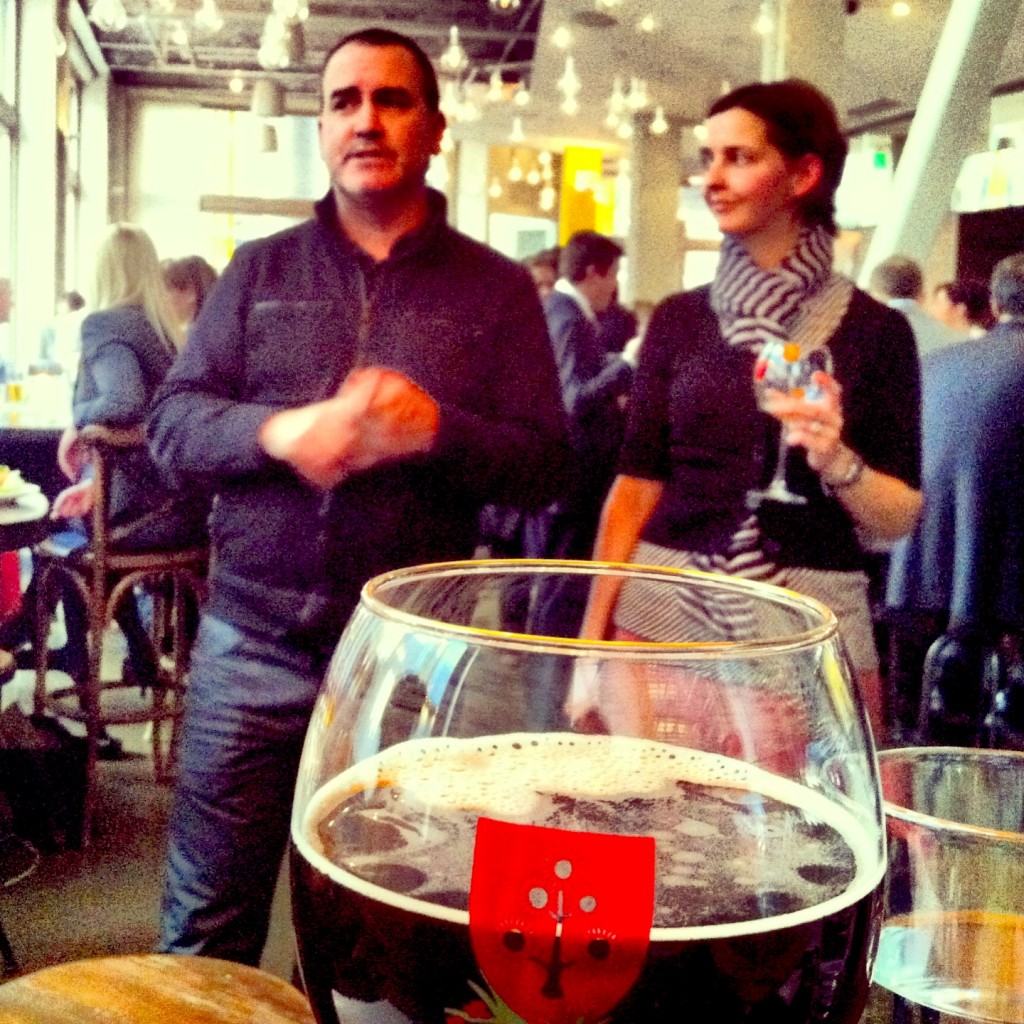 The four-member Pretty Things team works out of a small office in Somerville with not quite enough room brew beer. That’s why several times a week, Martha and Dann pack up the car and road trip down to Westport, where they use the brewery of an old friend settled on a sprawling 150-acre farm. When the weather accommodates, the duo camps over night right there on the property— which is quite convenient for two people who love their work. “It’s perfect because if I can’t sleep in the middle of the night, I just get up and start brewing,” Dann explains.

When you sit down to enjoy a Pretty Things beer, you can guarantee it came straight from Dann and Martha’s hands working the brewery. And at Trade Craft, it’s equivalent to having a friend who loves to bake, bake you a homemade pie and is eager to see how you like it right then and there— except swap your friend for two expert brewers and the pie for amazing beer inspired by timeless European brewing traditions paired with top notch cuisine.

The two-hour taste testing session began with an instant hit— a goblet of Jack D’or, and Trade’s burrata on crostini with blood orange jam and olive served by Restaurant Manager Jon Mendez. No one said no to seconds…and thirds… and we’ll it really could have kept going if there wasn’t more dishes to try! 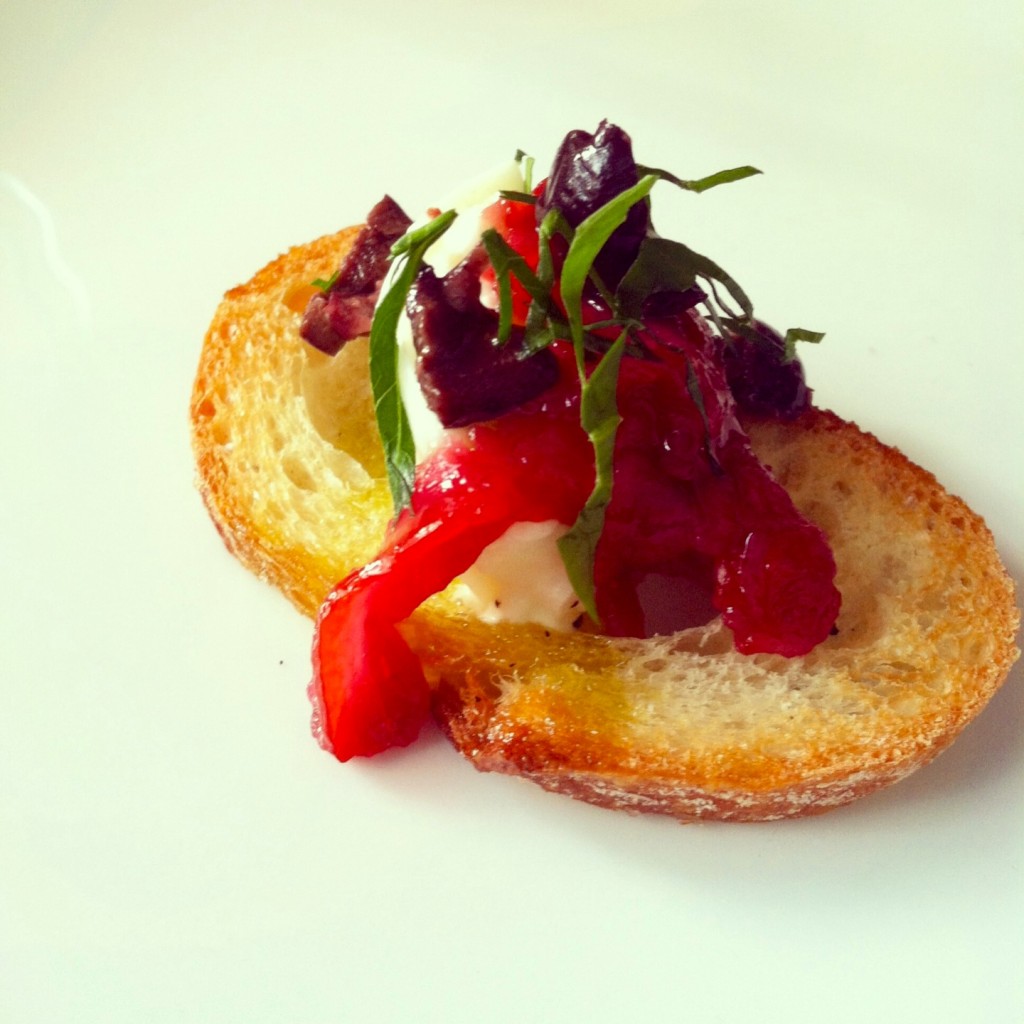 Round two brought an Easter beer—how timely!— called Baby Tree. The Belgian abbey quadruple style stands as a perfect transitional beverage from heavy winter tastes to light spring flavors. Trade stepped in to paired it with savory braised pork and an eclectic mix of Asian vegetables, chili and ginger. 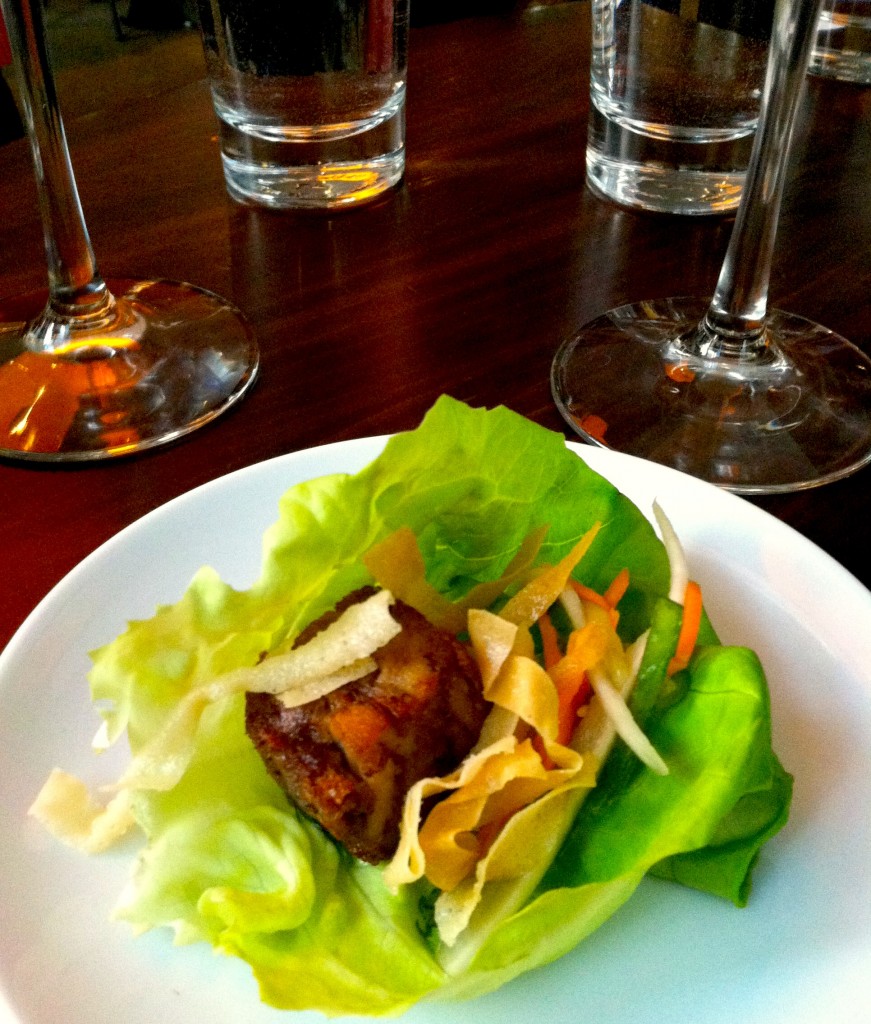 Last but certainly not least, the self-proclaimed “fun-est” beer they make, Fluffy White Rabbits, was a fitting cap off for the evening with its slightly sweet and citrus-y character. The dish accompanying it was a surprisingly yummy fried oyster and buckwheat waffles topped with spicy maple cream. 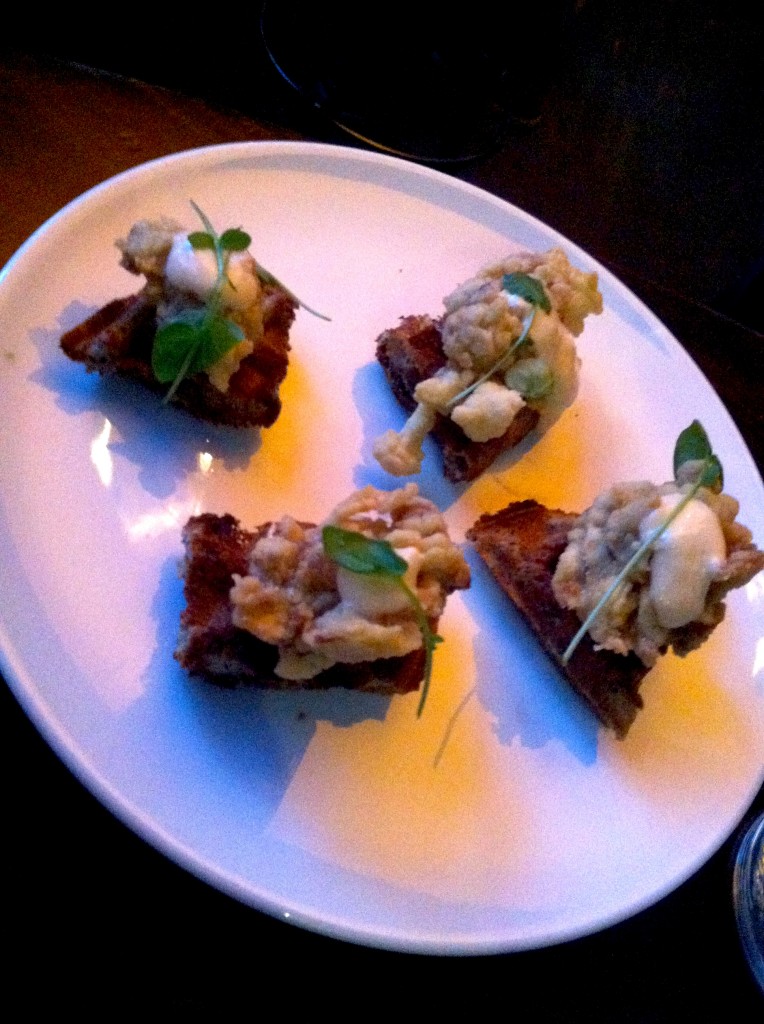 Learn more about Pretty Things and where you can find it here.

Want to attend the next Trade Craft or taste these dishes yourself with a Pretty Things beer at the restaurant? Visit Trade’s website here.