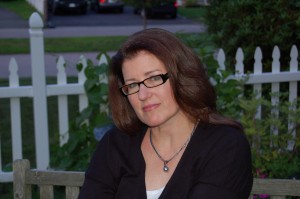 Eileen Curran has covered popes and presidents, murderers and movie stars, but she finds it is the stories of ordinary people doing extraordinary things that she loves telling the most. (“OK, interviewing Matt Damon did make me look really cool to my nieces,” she said, “so that might be the one exception!”)

She spent nearly 20 years as a TV journalist in Boston, on Fox 25, WBZ and NECN. She has nine (or, is it 10?) Emmy nominations, but still no statue. She jokes: “Yes, I’m the Susan Lucci of local TV!” Her reporting has taken her as far away as Vietnam, and as close as a fatal fire in her Milton neighborhood.

Her philosophy: “I’m married to a great guy who makes me a golf widow as soon as the snow melts, step-mom to three boys I love as my own, and mom the an amazing girl, adopted from China, but born in my heart. She’s the best thing I’ve done in my life.

“I learned how to tell stories from my dad, who was a true Irish storyteller; he could keep a room captivated in a way no one else could.

“At styleboston, I look forward to telling the story of people, famous and not-so-famous, doing things that add to the fabric of the city and help define the style of Boston.”