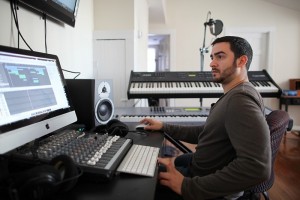 Jason Margaca has been in professional media production for more than 12 years. Getting his start in music and audio production, he quickly found that his passion for sound wasn’t the only thing he had his eye on. Getting behind the camera he found as exhilarating as putting in a 12-hour studio session.

Jason has composed music and done audio work for video games, film, commercials, promotional videos, and artists in an around Boston and New York City. In his years of being in video production, he has also worked with multiple companies and organizations and has filmed commercials, narratives, short films, television, music videos, corporate videos, and promotional videos.

His passion for all things creative is his driving force and he holds this in extremely high regard. Now involved with the Boston/New York City based V-Neck Media. He loves getting in from the ground floor of any project and working on the creative ideas, storytelling, and planning that truly brings every project to life.