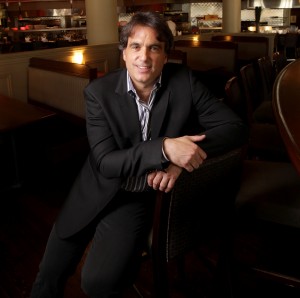 Former chef turned restaurateur, Steve DiFillippo is Boston’s food aficionado and hospitality guru. When he’s not selling his popular spring rolls on QVC or appearing on “The Today Show” or the like, the owner of the Davio’s Restaurant Group is traveling around the country and inspiring other restaurateurs with the art of hospitality.

Steve takes you on a culinary ride with each episode of “Dish It Up” on styleboston. Explore the hottest new restaurants, chefs, foods, wine by the barrel, and more. At Davio’s, their motto is “It’s All About the Guest.” Be his guest on styleboston.