Some people are born this way. HORSE CRAZY! I was certainly one of them, with emphasis on the word crazy.

I just returned from one of the most glamorous aspects of the horse world and the amazing thing is its only 3 ½ hours outside of Boston.  I’m talking Saratoga Springs, NY. http://www.nyra.com/saratoga/, where for an intense six week period some of the top horses in the world compete for millions of dollars. 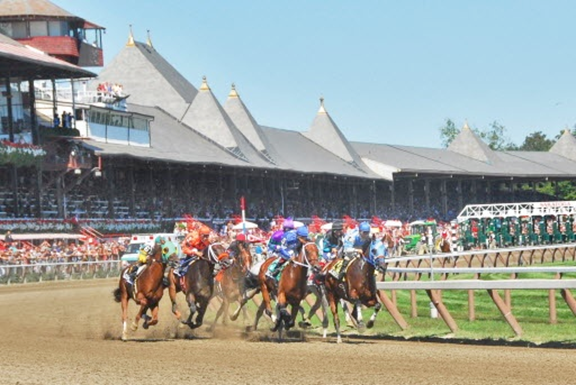 Let me tell you one thing right away – even if you’re not into horses Saratoga has something for everyone… assuming you are into fun.  A great mix of high and low, you can show up in shorts and flipflops and have a picnic on the grass or get into your fanciest duds, including fabulous hats ladies, and enjoy the views from the grandstands. It’s a giant playground for young and old and along with the most spectacular horses in the country is some of the best people watching anywhere. 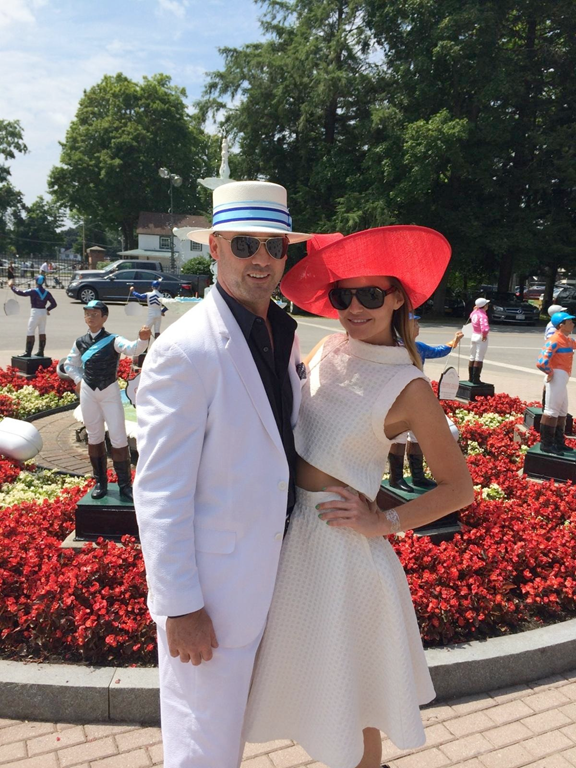 One memory that typifies the mix of people who attend the races is standing at the bar at Siro’s, a must go to for a drink, and seeing Prince Charles rubbing elbows w NY bookies… People go to party and certainly to gamble. One of the highlights of the “season” are the world famous horse sales, where unraced yearlings are bought for millions of dollars, with the hope of being the next Kentucky Derby winners.  I was certainly excited to see a friend of mine, Charlie Knowles, sell his grey filly for a cool million.

Coming up in four days is one of the biggest races of 2014, The Travers Stakes (aka the summer “derby”), which runs on August 23 with horses vying for 1.25 million in prize money. Local celebrity Wicked Strong, who ran respectably in the Kentucky Derby and the Belmont. 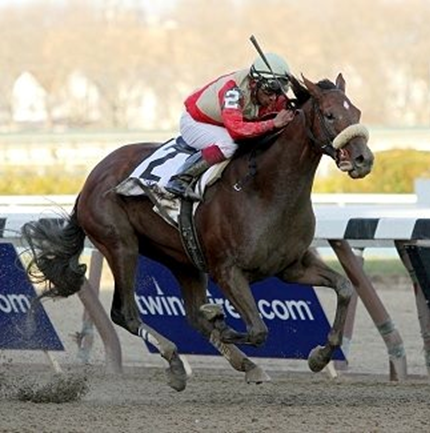 Stakes, just won the Saratoga race Jim Dandy, where the purse was 600K. This makes him a shoo in favorite for the Travers, and the icing on this cake is that the owner, Boston based Centennial Farms, is donating 5% of Wicked Strong’s career winnings to date to the Boston One Fund.

If you don’t already have plans for this weekend, (or just change your plans if you do), get in your car and drive to one of the most fun towns in America and place your bets on Wicked Strong to win, place or show.

Up Next: Michele’s picks for some Saratoga noshing.