THE FAULT IN OUR EXPECTATIONS MARKET REVIEW | KNITZ

The Boston Convention & Exhibition Center has added a one of a kind interactive outdoor space to its real estate on D Street in the South Boston Waterfront. The “Lawn on D” is now open to the public and styleboston was there to take part in the opening day festivities. 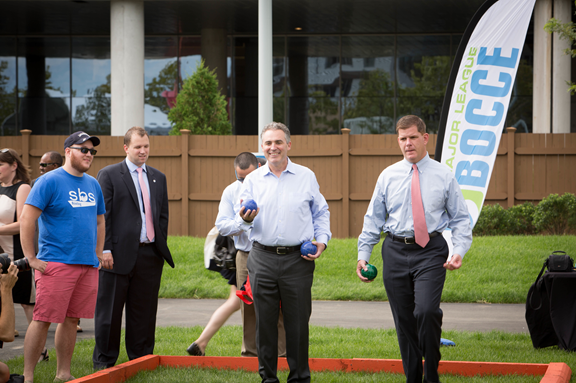 Executive Director Jim Rooney kicked off the event by welcoming a crowd of artists and musicians from across New England along with neighborhood community members and local businesses. Mayor Marty Walsh and State Representative Nick Collins were also on hand to welcome guests and participated in a friendly game of Bocce. (Yea, but who won?)

I caught up with Rooney, Mayor Walsh and Collins during the event to talk about the benefits the “Lawn on D” has to the City and the people. So I asked a couple of thought provoking questions…

What does the Lawn on D mean for the City of Boston & the South Boston Neighborhood?

(Translation: What’s Up with the Lawn on D?)

Jim Rooney: “There is no open active space in the entire South Boston Waterfront so it’s important that we create it to give people a sense of coolness”

(Good decision, Southie could definitely use some cool)

Mayor Walsh: “It’s tremendously important, particularly here at the convention center, where so many people come from outside of Boston. It’s a great way to showcase what we have as well as being modern.”

Nick Collins: “As Jim Rooney said, this is a gritty part of town and one that does not have a lot of green space, so connecting the community to the convention center that can be somewhat intimating is important.” 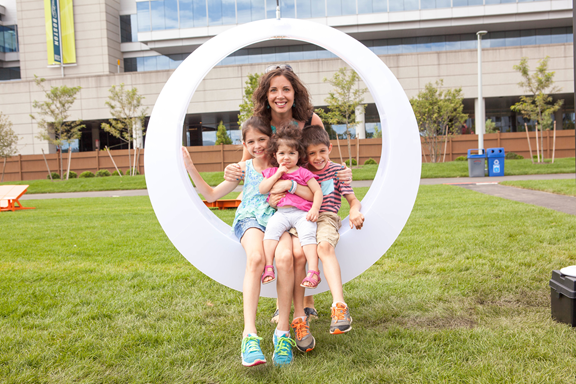 What do you hope people get out of the outdoor space and how do you see it being utilized?

(Translation: What’s It Gonna Do?)

Jim Rooney: “We want to provide convention and meeting planners with a place they can have an outdoor event as part of their convention. At the same time we want to provide people who work down on the waterfront a place to hang out and gather after work and people living in the South Boston neighborhood can come play games and have some family time.”

Mayor Walsh: “Anything really that’s the beauty of the space and being so big and so open, it can be used in so many different ways.”

Nick Collins: “Have fun, relax, be creative and foster innovation”

The Lawn on D will be open for 18 months with programs ranging from arts, music, games, food & beverage and special private events.  Be sure to check back next week for a write up on some of the artists I was able to meet. One of them being a Virtual Skywriter!

For more information on events being held at the Lawn on D, please visit lawnond.com