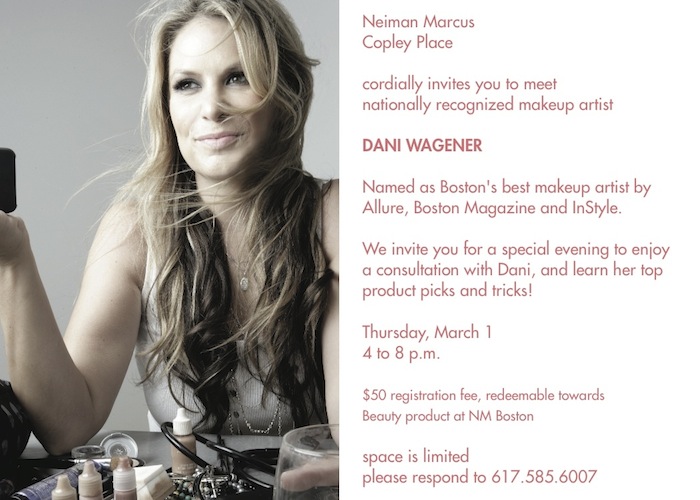 It’s not often that one has the chance to be dolled up by a makeup artist whose roster of high-profile clients includes Vogue Editor-in-Chief Anna Wintour, model Nikki Taylor, actress Kerry Washington, and designer Daisy Fuentes, among others.

But this Thursday, March 1st, Neiman Marcus Copley is offering you the chance at just that, with nationally-recognized Makeup Artist Dani Wagener. For this special, by-appointment-only event, Dani will provide one-on-one consultations and helpful tips to get your beauty regiment up-to-speed for Spring. Experience her “effect and empowerment” philosophy first hand. END_OF_DOCUMENT_TOKEN_TO_BE_REPLACED

THE COOK, THE FOOD WRITER, AND HER SNEAKY EGG

By Alexandra Hall, Senior Editor On August 8, 2011 · Leave a Comment

Remember when I wrote this? Eh. Probably not.

Well, I stand corrected on it. A tad, if not completely. OK, I’ll get there. Keep reading.

Every once in a while, something sneaks up on you and messes with something you knew you were absolutely right about. Maybe it’s J. Lo getting weirdly beautiful post-40 after you long ago decided she was a mall-rat-wannabe has-been. Or maybe it’s just a Robert Frost poem, which struck you as a lovely ode to how delightful nature can be, but is actually about, you know, keeling over dead. Or maybe only slightly less dramatically, it’s a plate of food that catches you completely by surprise.

I showed up at the bar of just-opened Forum with expectations of nothing other than getting a solid drink. (This was, after all, the new incarnation of Vox Populi. Which is all I’ll say about that.) And while they may still be working out a few kinks delivery-wise,the program is indeed already cocktails-solid. Incredible, flavor-sharp martinis. Beautiful, citrusy gimlets. After one of each, to make sure I got home alive, I also wolfed down an order of raviolo.

That’s not a typo. Ravioli’s a bunch. E replaced by O means you get one lone, gleaming pasta dome. It’s three bites at most, but who cares? In those three forkfuls, worlds intermingle. Because inside that pastry is an egg, meticulously poached during the cooking process of the pasta, so its yolk flows as soon as a fork splits it. Bacon shards and shingles of black truffle are scattered about it, and ricotta turns it into a something more like a savory dessert.

But really, it’s all about that damn egg. To which I, having thrown down my gauntlet strongly in the anti-egg-topper camp, must now admit that there’s just something ridiculously cool about having an egg ooze out at you surreptitiously, meaning from inside a dish as opposed to from its top. Maybe it’s the element of surprise a hidden treat imparts (though from a culinary standpoint that makes zero sense). Maybe it’s respect for novelty in the cooking process that demands. Mostly though, I’m guessing it’s that this dish just simply works, thanks to the strength of the bacon’s flavor, richness of the ricotta, and the texture of the pasta’s delicacy—all of which don’t just stand up to, but actually kind of demand the egg. Yes, yes, even if it were on top.

That just about justifies my 180, then, right? Good. Now I can go order another and still sleep tonight. 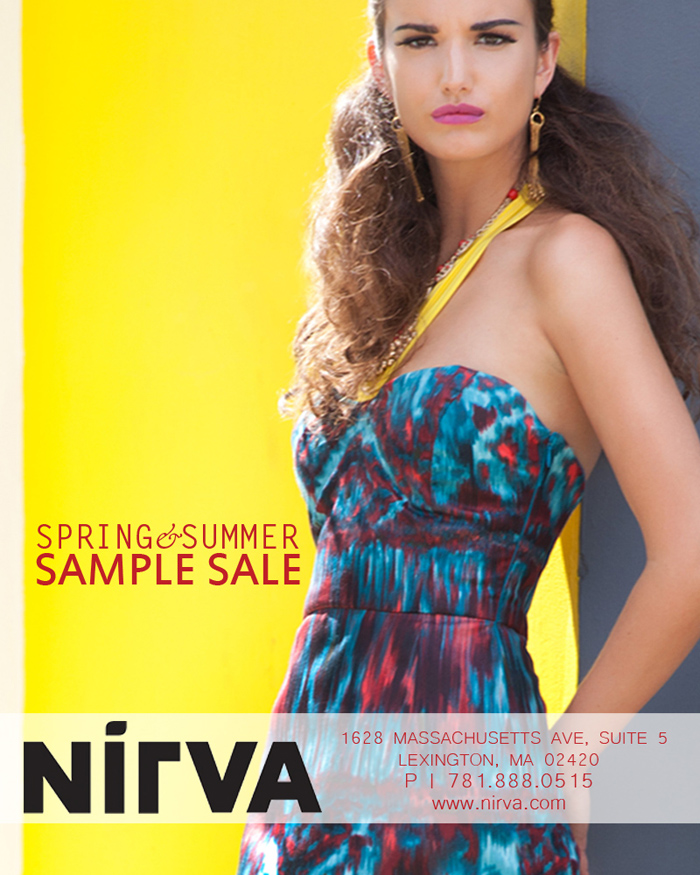 Make an appointment with the inexhaustibly charming Ms. Derbekyan sooner than later. I have a feeling her stunning collection won’t last long on the shelves… 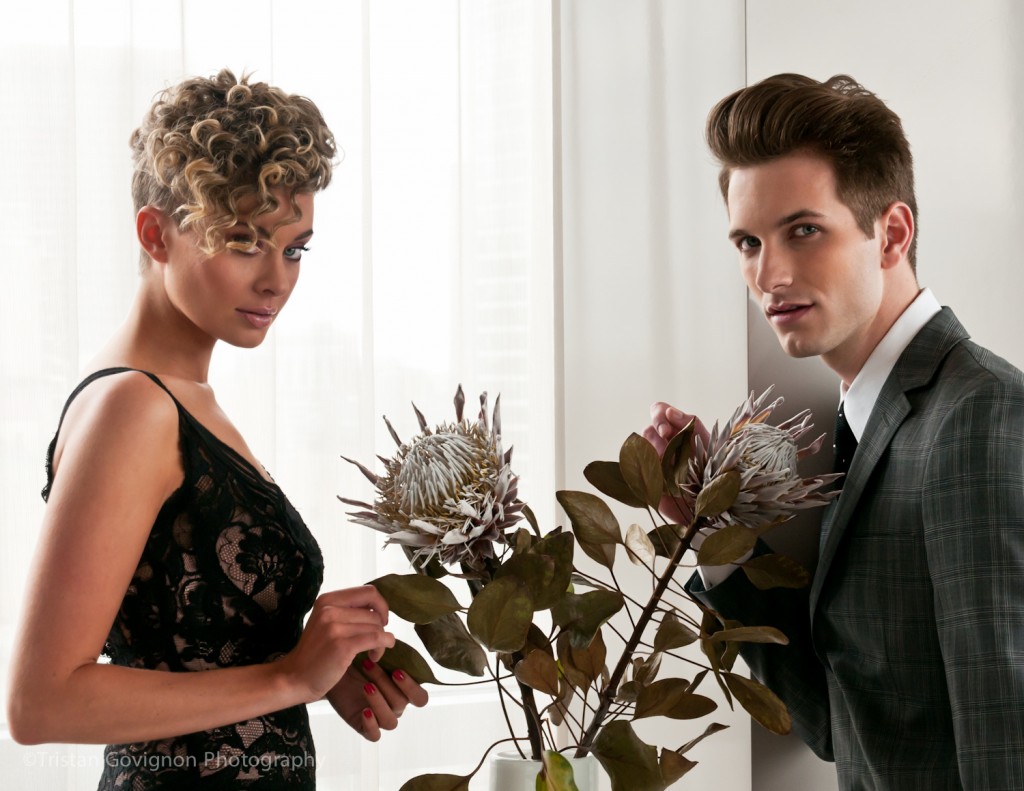 Summer, always late to her own party… is a line I used in my most recent piece for Boston Magazine, which, if you haven’t yet picked up a copy, you ought to. Added to our Accessory Showcase, Marina Park Editorial, and the upcoming Men’s Editorial (airing this coming weekend), you’ll be well equipped to take full advantage of the wild S/S 11 sales happening across the web. The sale at net-a-porter alone devoured four hours of my time yesterday afternoon as I frantically sent e-mails to private clients: BUY THIS NOW or it WILL BE GONE. And, as of 6:30 this AM, a good deal of those incredible finds are, in fact, gone.

This week we’re mixing things up a bit: a few changes to the masthead, some subtle shifting of design elements to bring you better, brighter, sometimes bolder images, and a new content schedule which will begin next week.

Which brings me to my next point: of all that’s happening this week, I’m most excited about the addition of a regular feature I’ve dubbed the ‘Moodboard.’ In short, we on the SB team look at images all day long. Somehow, we manage to get paid for this (lord knows why), and we’d say chances are good you don’t spend hours upon hours trolling the latest editorials, fabric swatches, random photography collectives, design collectives (discovered one this morning but cannot give it away just yet!) because unlike us, you have an actual life. LUCKY FOR YOU WE DON’T, and we have decided to post, twice a day, compelling images we’ve discovered (or, more likely, stumbled upon) in our virtual travels. The entire team at The StyleBoston Blog is contributing to this feature, so it should present an interesting range of perspectives.

Knowing my propensity to blather on, and to bury the joke in the lead paragraph thereby totally defeating any inclination you would otherwise have to read on (hopefully you haven’t read this far…), I’ll stop my raving here.