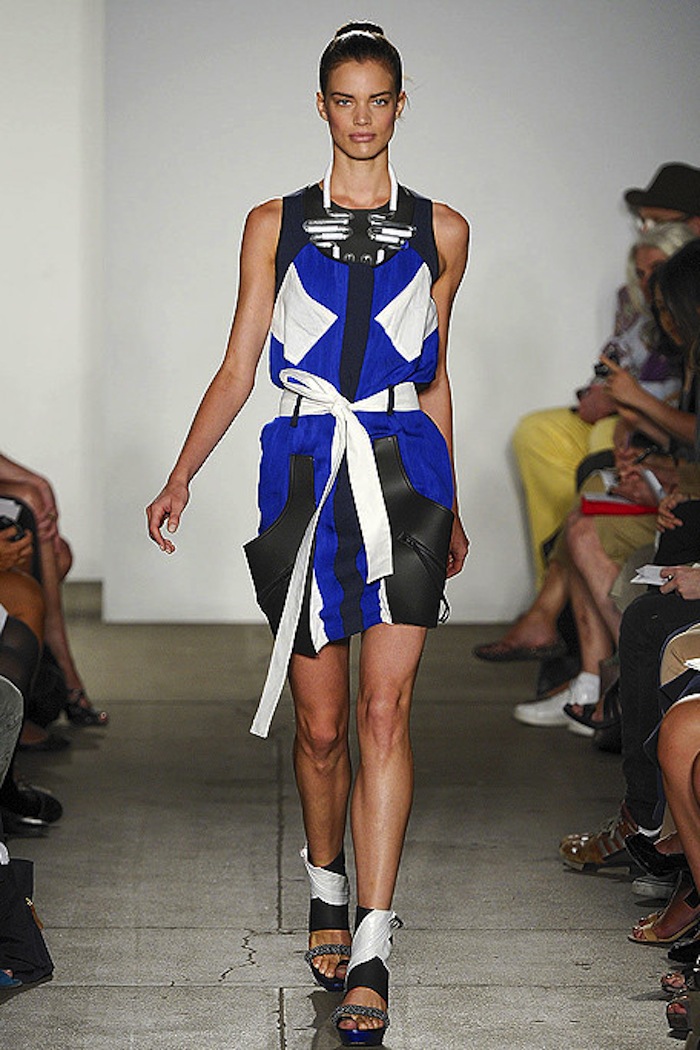 Who told the talented duo at Ohne Titel of my weakness for dresses with a painterly provenance? Whoever it was, let me say, humbly, thank you. Thank you very much.

Exhibit A: this sleeveless draped silk dress with contrasting panels. It gives me the same variety of tickled excitement I experience when staring at a Mondrian or a Franz Kline, and that isn’t easy to come by. Not as easy as I’d like it to be, anyway.

This dress balances its bright IKB (that’s International Klein Blue for those of you who aren’t art freaks) base with its black and white geometric accents in such perfect ratios that one thing becomes immediately obvious: you and your stylish cronies (art freaks or not) will be moonstruck with a single glance.

Not exactly a surprise considering the design duo at Ohne Titel have also collaborated with one of my favorite artists, Tauba Auerbach, AND they happen to be up for the CFDA/Vogue Fashion Fund award this year… 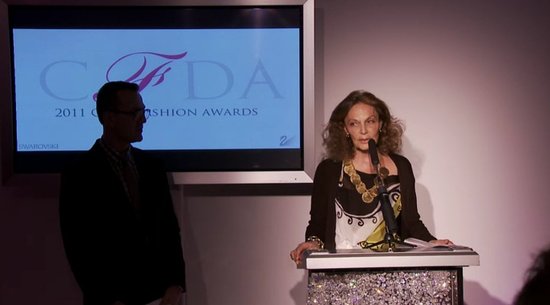 Diane von Furstenberg, the president of the CFDA,  announced the CFDA Awards nominees tonight in NYC. Alexander Wang made a strong showing (the veritable Meryl Streep of the Fashion world…), but I have to admit I’m gunning for a Proenza win for Womenswear Designer of the Year.

As for the Gaga nomination, I have little to say. Mostly, I loathe her, and her perpetual pandering and ploys. I wish, frankly, they’d nominate someone like Ms. Guinness who, while extraordinarily privileged, actually appears to live, eat, and breathe fashion. Gaga, by contrast, merely puts on the costume because she knows, as we all do, she has a captive audience. END RANT. [… for now.]

Of greater importance than my blathering: WHAT ARE YOUR VOTES, eh?

Nominations, after the jump.
END_OF_DOCUMENT_TOKEN_TO_BE_REPLACED