WHERE THE RUBBER MEETS THE RUNWAY 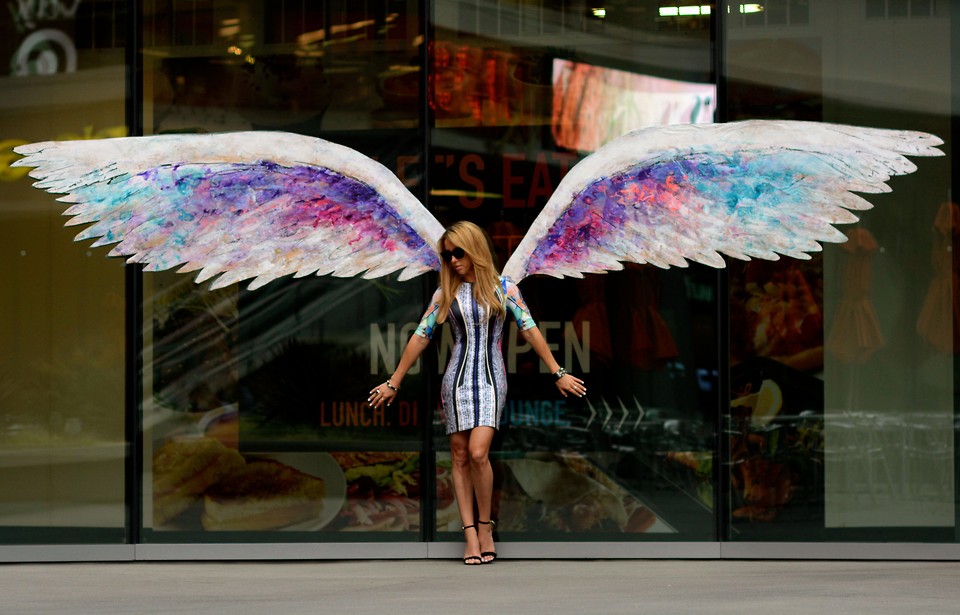 When you think of the synthetic rubber-like substance Neoprene – developed by chemical giant DuPont – you likely conjure up things like laptop sleeves, knee braces or electrical insulation. But not any more – the form fitting fiber is now the fabric of choice for some high-end designers including Clover Canyon, Ted Baker and Alexander McQueen. And here’s the deal, it’s much more forgiving than you might think. I know – when you grab hold of it while the dress is on the rack, you are thinking, “No way – I’m not wearing a wetsuit to a cocktail party.” But the truth is the thickness of the fabric smooths and conceals a multitude of body sins – it’s almost like pulling on a full body “Spanx” but much more comfortable. 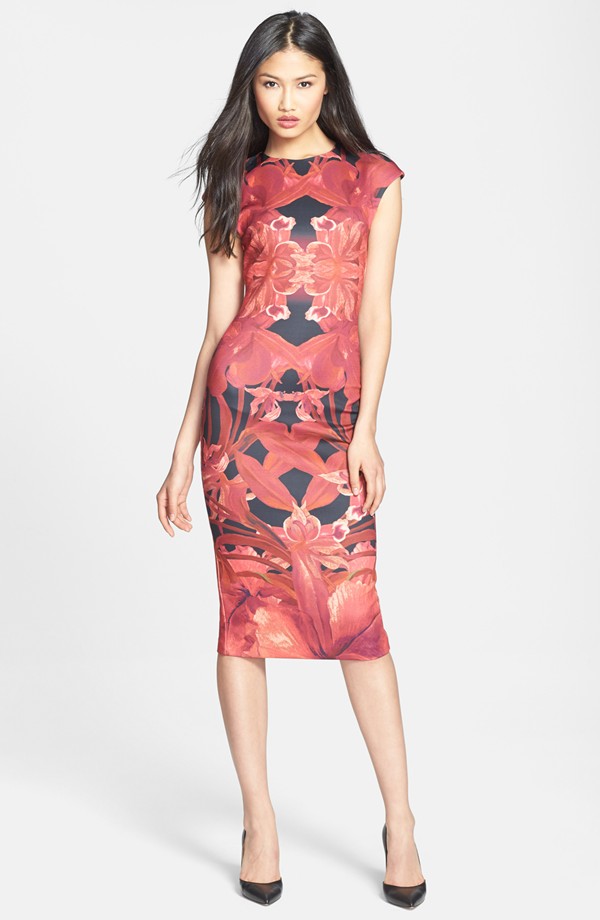 Clover Canyon – a Los Angeles based company – first burst onto the scene in 2011 with its bold Neoprene shift dresses that look like paintings. The line first started showing up in niche boutiques around New England more than a year ago but now it’s mainstream and can be found almost anywhere including Saks, Bloomingdales and Neiman Marcus. In fact the problem with Clover Canyon is that its designs are too recognizable and the dresses have become common to the point where you might find yourself at that destination wedding next to a gal from Dallas wearing the same piece.

Now though, other designers are taking a crack at the synthetic rubber scene with more subtle designs. I wasn’t crazy about the Ted Baker pieces, but Alexander McQueen knocked it out of the park. Look at it this way, if you don’t like it, cut it up into round circles and give it to aspiring musicians, I understand Neoprene makes a great drum practice pad.