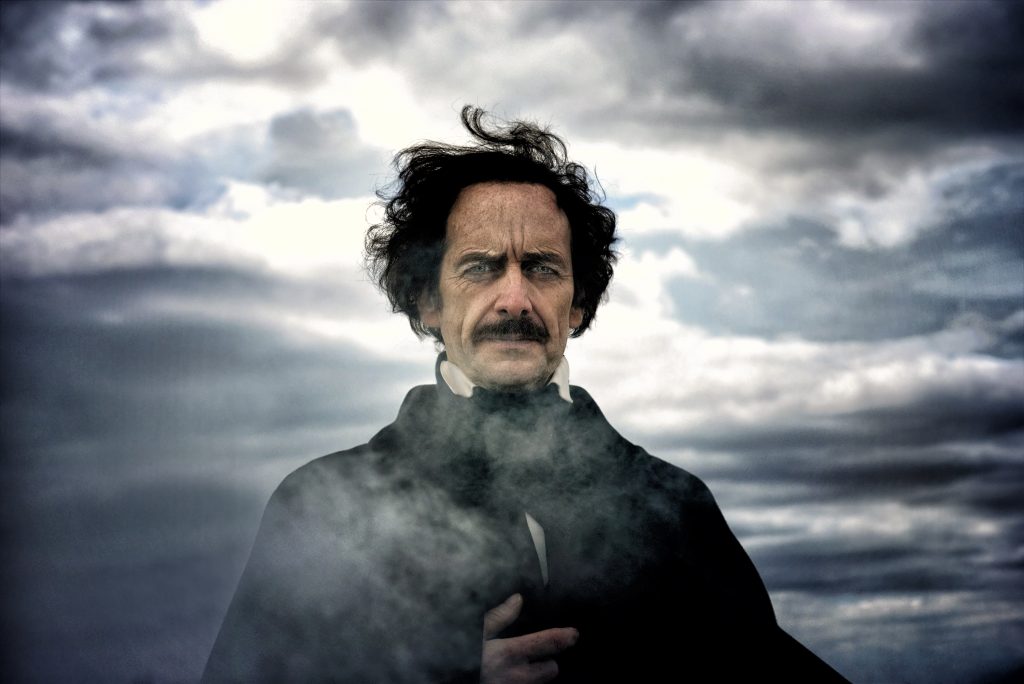 As executive producer and founder of Spy Pond Productions, Eric Stange has produced, directed and written a dizzying array of work, mostly telling unique, often lost stories of American history. His work, which also covers science, has been broadcast on PBS, The Discovery Channel, and the BBC. Before becoming a filmmaker he wrote about art and culture for The New York Times, The Boston Globe, The Atlantic Monthly, and other publications. Eric has been the recipient of a Harvard University Charles Warren Fellowship in American History. He’s on the board of Common-Place, a website devoted to early American history, and writes a column about media and history for American Heritage magazine. “Edgar Allan Poe: Buried Alive” stars Denis O’Hare as Poe, and was shot on location in Boston. A screening will be held on Saturday, April 29, 1:30 p.m., at the Brattle Theater in Harvard Square as part of the Independent Film Festival of Boston (http://iffboston.org), and will be broadcast nationally next fall on the PBS series American Masters.

Denis is one of the most talented actors in the business. Virtually everyone has seen him in his many TV or movie roles (“American Horror Story,” “The Good Wife,” “True Blood, Dallas Buyer’s Club”), but like a lot of great character actors he isn’t a household name. He should be.

What sold us on casting Denis was that he spent a whole season of “American Horror Story” playing a leading character who’s mute. Our film doesn’t have a lot of dialogue—Poe is often alone and silent, though very expressive. When we saw that Denis did an entire season of episodic TV without saying a word —we knew he could be our Poe.

In addition, it turns out Denis had studied a lot of poetry in college, so he did a wonderful job reciting Poe’s poems. And we didn’t even realize until we started with hair and make-up how much he actually looks like Poe! 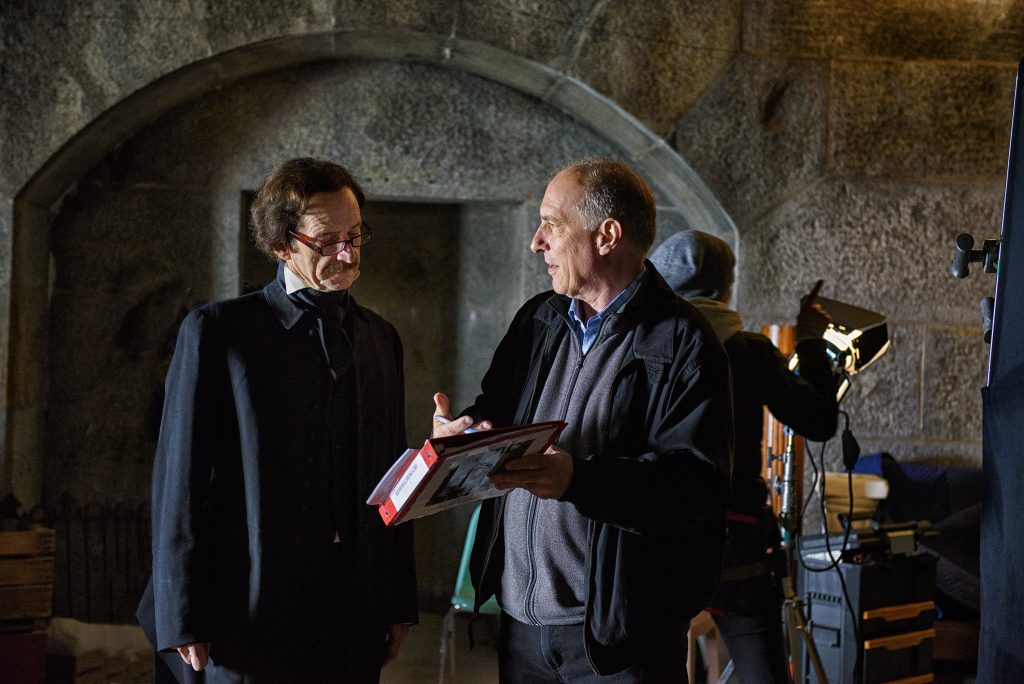 Edgar Allan Poe is already a well-known figure, is there new information about Poe revealed in the film?

One of the reasons I made the film is because I came to realize Poe is a hugely misunderstood figure. Most people think of him in a one-dimensional way —as a brooding, mad, perhaps opium-addled denizen of the dark. Until I started researching this project I didn’t know that Poe was an important literary critic, and an influential magazine editor. He was a powerful player in the literary scene of the 1830s and ’40s—a tastemaker—one of the glitterati of his time. He helped define what American literature would be in the early decades of our nation.

I knew Poe had written detective stories. What I didn’t realize is that Poe invented the detective story as we know it today, with all the conventions we’re used to. Arthur Conan Doyle, the creator of Sherlock Holmes, said he had modeled his stories on Poe. And virtually every detective writer since has followed suit.

Poe is one of those iconic figures who appears in popular culture decade after decade. Even people who haven’t read his works know his face. Why?

Yes it’s amazing how often Poe pops up. He’s in “The Simpsons,” on the cover of the Beatles’ Sgt. Pepper’s Lonely Hearts Club Band, and on and on.

Poe himself is partly responsible for his enduring image in pop culture. He knew that to sell his stories in a competitive marketplace he needed more than just good writing—he needed a public persona that would give him an edge. He was a fan of the English bad-boy poet Lord Byron, and he saw how a reputation—even a dark one —could help sell literature.

So he had daguerreotypes made that portrayed him a certain way, and he wrote falsified biographical materials that made him seem a more adventurous and romantic figure than he really was.

But what really cemented his reputation—and in a bad way—was the first obituary after Poe’s untimely death at age 40 in 1849. His literary enemy, Rufus Griswold, wrote the obit, and he described Poe in all the negative ways people still think of him today. So Griswold’s negative portrayal, along with Poe’s own self-mythologizing, have played a big role in keeping Poe famous —or rather infamous. 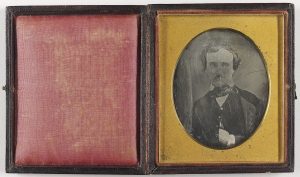 What’s the real story? Was Poe just a regular guy who was terribly misunderstood or is there some truth to the dark, Halloween-figure side of Poe?

Well, like any complicated person, it’s a bit of both. If Poe were my buddy, I’d think twice when I saw him come up on caller ID. He could be a terrible friend, and a worse enemy. He was dead broke and in debt most of his life. He had a terrible time with alcohol, though he could be sober for long periods. At the same time, he was brilliant, witty, had lots of friends and was a loving husband, most of the time. Though he married his 13-year-old cousin when he was 26!

One thing I discovered is that practically anything you say about Poe, the opposite is also true. That’s part of what made the film challenging, and fun!

Why the title: “Buried Alive”?

Poe was fascinated —maybe even obsessed—with stories of people who were buried alive by mistake, which happened fairly frequently in the early 19th century. Medicine hadn’t figured out how to determine death with certainty, and particularly during epidemics there was a lot of pressure to get corpses underground quickly. One of his most famous stories is “The Premature Burial.”

I also love the metaphorical meanings. Poe lived his life under a constant cloud of grief —virtually all the women he loved died young. He struggled with a mountain of debt, and even before he died his bad reputation had begun to overshadow the reality of his life. And then, of course, there’s the never-ending mystery of his death. For all those reasons, it feels like an appropriate title.

Mystery of his death?

You have to see the movie.