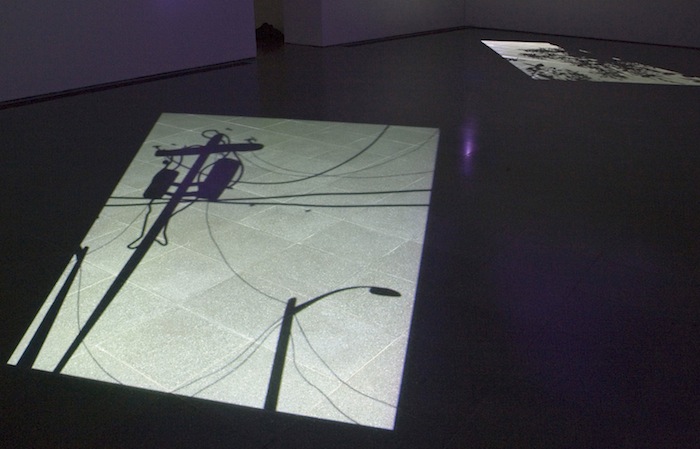 On November 1st, as part of the DANCE/DRAW exhibition at the ICA in Boston, Paul Chan and William Forsythe will be speaking in conversation with ICA Chief Curator Helen Molesworth.  The talk will explore the junction of performance and art, focusing on 21st century artists that have branched out from their specific medium.  The DANCE/DRAW show, which opened October 7th, is an interesting mélange of works in and of itself.  Here Molesworth is attempting to examine how the body leaves traces after movement, exploring performance, performance art, and more traditional physical arts, and how the interplay between these different dimensions of art has formed something a little more complex when one compares the corporeal verses the ethereal.

William Forsythe is a brilliant contemporary choreographer and dancer, known for being one of the first to re-envision classical ballet choreography, deconstructing said choreography’s structures and forms in extremely groundbreaking ways.  He is also acutely engaged in other forms of art-making, particular performance and multimedia work.

Paul Chan is a contemporary art genius out of New York, and truly embraces the contemporary interdisciplinarity of art-making, working primarily in multimedia but never limiting himself to one medium.  His work has been in many exhibitions worldwide, including solo exhibitions at the Serpentine Gallery in London and the New Museum in New York.  He is represented by Greene Neftali gallery in Manhattan.

Find out more about the talk and exhibition at the ICA’s website.

EVA HESSE COMES TO THE ICA 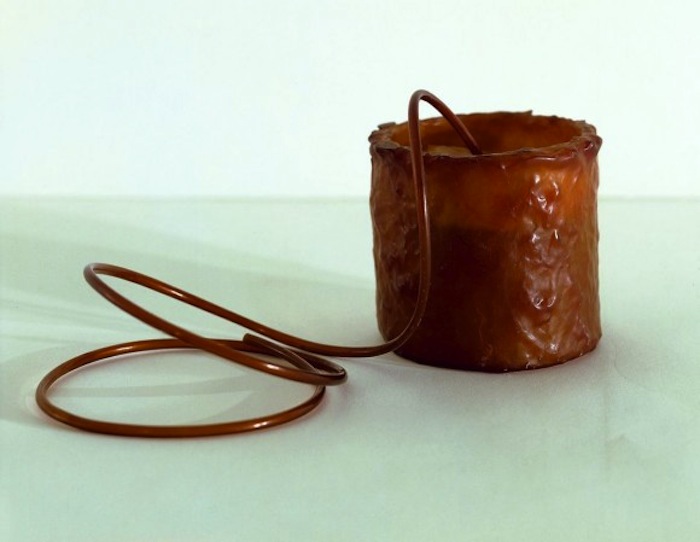 The twisting, melting, drooping and writhing of Eva Hesse’s work has always enraptured me.  Eva Hesse had merely one solo show during her lifetime, yet since her untimely death at just 34 years old has had dozens of posthumous solo exhibitions worldwide.  She was a key player in the post-minimal art movement of the 60s, making large-scale works that oozed a strange and rather contemporary-feeling eroticism due to organic shapes and a frequent use of materials such as latex, fiberglass, and plastics.  Due to the materials employed in her sculptures, Hesse’s work is notorious for deteriorating, creating problems for art conservationists and making it difficult to have traveling shows of her work.

That’s why we are inordinately lucky to have available to us an exhibition of Hesse’s work titled Studioworks, which opened just yesterday at the Institute of Contemporary Art.  This clever show of smaller work is the closest one could come to understanding the inner workings of this lady’s mind.  Hesse made many modest-sized prototypes in her studio that she would frequently rearrange and alter…imagine a very large and three-dimensional sketchbook.   These “test works,” as they became known, had a variable nature and were essential in helping Hesse work out important ideas for larger and more ambitious pieces.

Drifting through this exhibition is akin to combing a barren alien beach after the result of a colossal storm.  Delicate cheesecloth vessels, curvaceous half spheres affixed to wooden planks, draping and sensual translucent veils—all of the above have an organic and undulating relationship to the body, personal yet detached—an acknowledgement of self and non-self.  Rubber and latex undulate and dance, and we can almost see each of these sculptures suspended in Hesse’s mind, a Miró painting of sorts, where abstract forms passively battle for precedence.

We must thank Hesse scholar and original curator of this show, Briony Fer, for seeing the potential in this group of small works, because for an extended period of time they existed in an interstice between being labeled as art/not art. He made the decision to rename the group of works Studioworks, so that people were not constantly thinking of them as tests, experiments, or even games.  These are not games.  While there is an element of playfulness in much of Hesse’s work, Studioworks stand on their own as a show, and are displayed together on tables, trying to emulate Hesse’s studio space – where she would arrange and rearrange these wonderful sculptures.