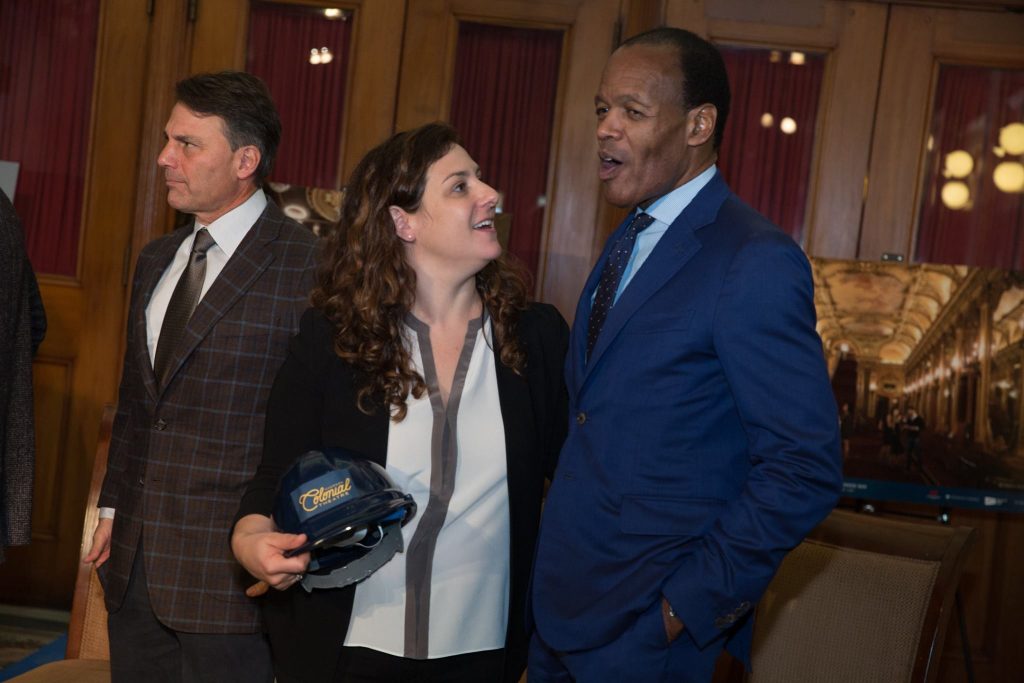 BOSTON – We now have a date.

After two years of being dark and undergoing an extension renovation, the Emerson Colonial Theatre will re-open on June 27 with the world premiere of “Moulin Rouge! The Musical,” producers Global Creatures and the Ambassador Theatre Group announced.

The historic Boston theater, the anchor of Boston’s Theater District, will re-open on June 27 for just 36 performances. “Moulin Rouge!,” is based on the Baz Luhrmann’s 2001 film of the same name, and is expected to transfer to Broadway for a run. “Moulin Rouge! The Musical, will play this limited engagement at the newly refurbished venue at 106 Boylston St.

The Colonial, long known for its amazing acoustics, launched many legendary shows from its storied stage on Boylston Street, including “Anything Goes,” “Porgy and Bess,” “Oklahoma!,” “Born Yesterday,” “Annie Get Your Gun,” “Follies,” “A Little Night Music,” “Grand Hotel,” and “La Cage aux Folles.”

Tickets for the musical go on sale on Wednesday, January 17 and start at $55. They are available at EmersonColonialTheatre.com or by calling 866.616.0272. (In-person purchases will be possible when the theater’s box office opens at a later date.)

Although casting has not yet been announced, the musical is directed by Alex Timbers (A Tony nominee for “Bloody Bloody Andrew Jackson” and “Peter and the Starcatcher”) with a book by John Logan, in photo, (Tony Award for “Red”) and choreography by Sonya Tayeh.

As in Luhrmann’s film, “Moulin Rouge! The Musical” celebrates some of the greatest popular music of the last 50 years. The stage musical promises to feature many of the iconic songs from the movie and also includes recent hits released since the movie premiered 15 years ago.